FLASHBACK TO 2007: At Water Balance Model Partners Forum, the City of Vancouver's Andrew Ling reported out on the Crown Street and East Fraser Lands projects

In March 2007, the Inter-Governmental Partnership held a Water Balance Model Partners Forum in March 2007 so that Partners could share success stories and lessons learned in implementing green infrastructure.

Crown Street in the City of Vancouver, completed in 2005

The experience of the City of Vancouver demonstrates that someone has to ‘build the first one’ so that others will follow. Crown Street and Country Lanes have established regional precedents that other municipalities are now replicating. Both were featured in the Showcasing Innovation Series organized by the Green Infrastructure Partnership in 2006.

For the complete story, please click on this link to Showcasing Innovation in the City of Vancouver.

Building on the success of the award-winning Country Lanes project, the City of Vancouver undertook an exciting new approach to residential street design and rainwater management. Vancouver’s Crown Street has become the city’s first Sustainable Streetscape.

The design uses innovative ideas to integrate transportation into an environmentally sensitive setting. The Sustainable Street demonstration project has provided a design that can be used as an inspiration or template for future street improvement projects.

“The first year of performance monitoring for Crown Street has been completed and the results will be released shortly. I can confirm that the infiltration system is performing as expected”, Andrew Ling reported at the Partners Forum.

The East Fraserlands project for a community of 10,000 along the north bank of the Fraser River within the City of Vancouver is a case study for “Beyond the Guidebook”.

The project also involves an innovative application of the Water Balance Model to support technical decision-making.

The East Fraserlands project demonstrates how to apply performance target objectives and the Water Balance Model in a high density development, and is a case study for Beyond the Guidebook, an inter-governmental initiative. The East Fraserlands project may well be the most rigorous and sophisticated application of the Water Balance Model undertaken to date. 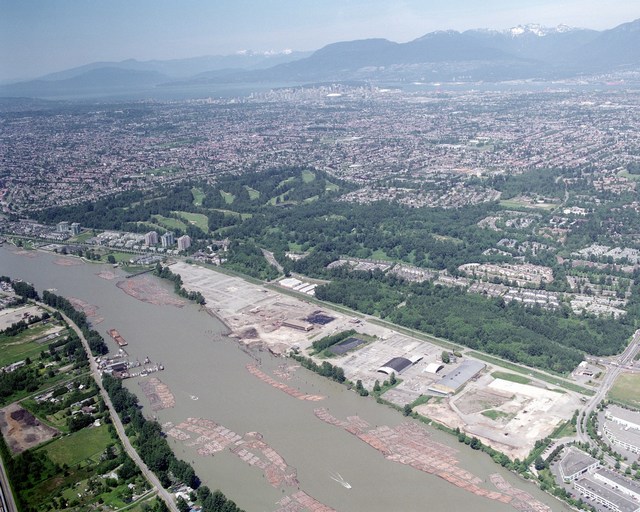 Redevelopment of the former mill site at East Fraserlands (on the Fraser River) for residential purposes creates an opportunity to improve the surrounding physical environment.

The Caulfeild area is distinguished from most other West Vancouver neighbourhoods because it has a recorded history that dates back to the late 1800s. Furthermore, the form of development for more than 100 years has reflected and respected the ‘design with nature’ vision of the man who founded this community, namely: Francis Caulfeild.

“The City of Vancouver’s Country Lanes provided the inspiration for West Vancouver’s first green lane adjacent to St. Francis in the Woods Church in historic Lower Caulfeild”, noted Saleem Mahmood of the District of West Vancouver.