CRD has been involved since inception of the ‘convening for action’ vision. Together with local governments from north of the Malahat divide, the Capital Regional District (CRD) was represented at the September 2006 launch of the CAVI -Convening for Action on Vancouver Island initiative in Victoria.

The occasion in 2006 was the CAVI consultation workshop held as an adjunct to the Water in the City Conference. This unique conference placed water ‘front and centre’ in community decision-making. The theme for the CAVI launch was Towards Water Sustainability on Vancouver Island.

The conference and 2006 consultation workshop both inspired and seeded ideas that subsequently influenced and/or are now embodied in Capital Region initiatives, in particular the Integrated Watershed Management Implementation Strategy and the pilot Bowker Creek Blueprint. The 2006 workshop introduced this vision

“The program began in 1983 as an engineering response to high levels of fecal coliform on local beaches. In 1993 the program focus turned to chemical contaminants in sediment. A year later (1994), the program added sampling of creeks and streams at municipal borders to determine contaminant contributions. In 2000, the CRD initiated the Core Area Liquid Waste Management Plan (for 7 municipalities). Two chapters (stormwater quality and harbours environmental action) were the genesis for the current IWM program,” explains Dale Green, CRD Program Manager for Integrated Watershed Management (IWM).

The Capital Regional District chapter in Beyond the Guidebook 2015 is 20 pages and is organized in five sections as shown below. To download a PDF copy and read the complete story, click on Convening for Action in Capital Region. 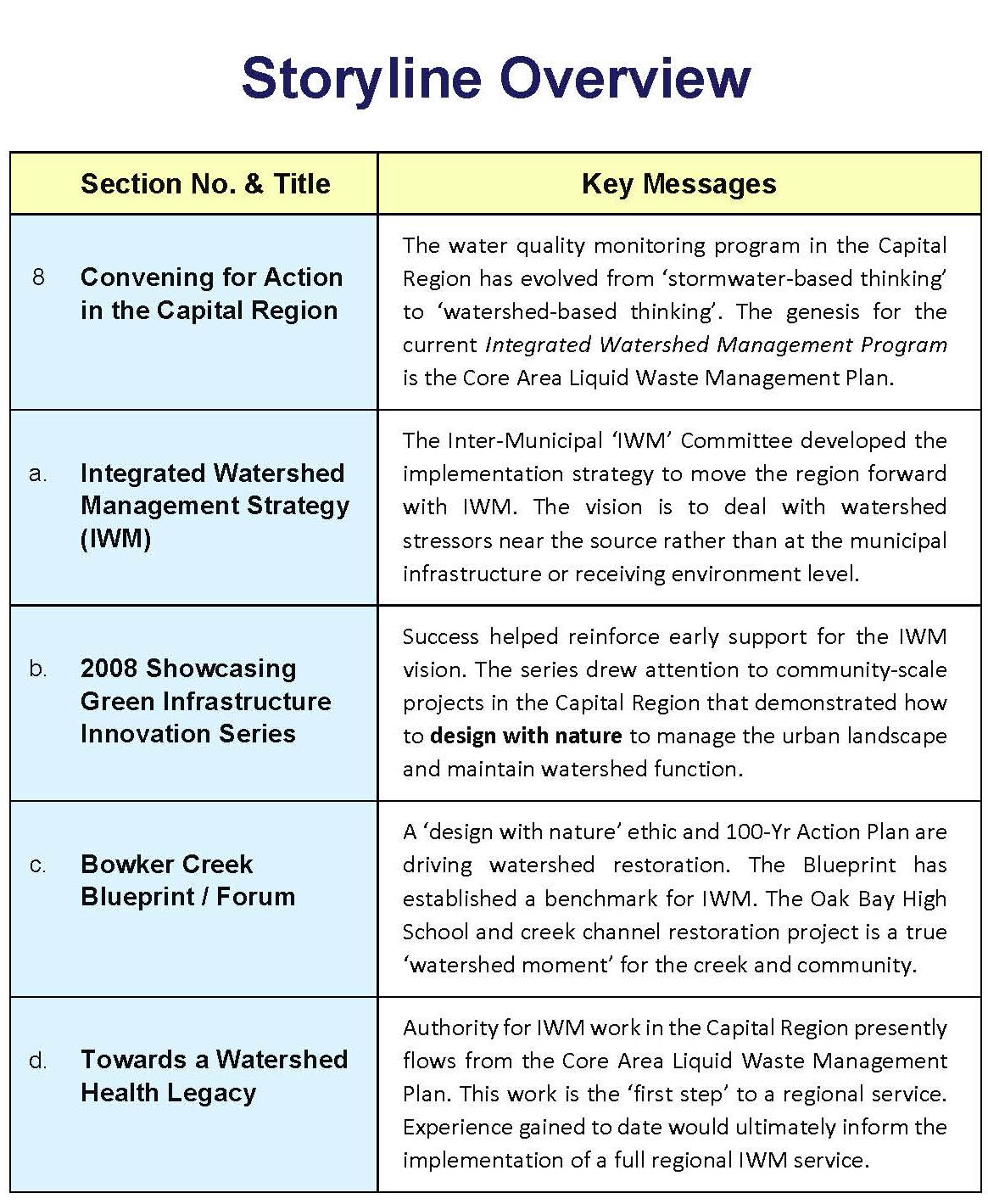