Beyond the Guidebook 2015: Regional district restructuring was the genesis for "The Story of the Comox Valley-CAVI Regional Team" 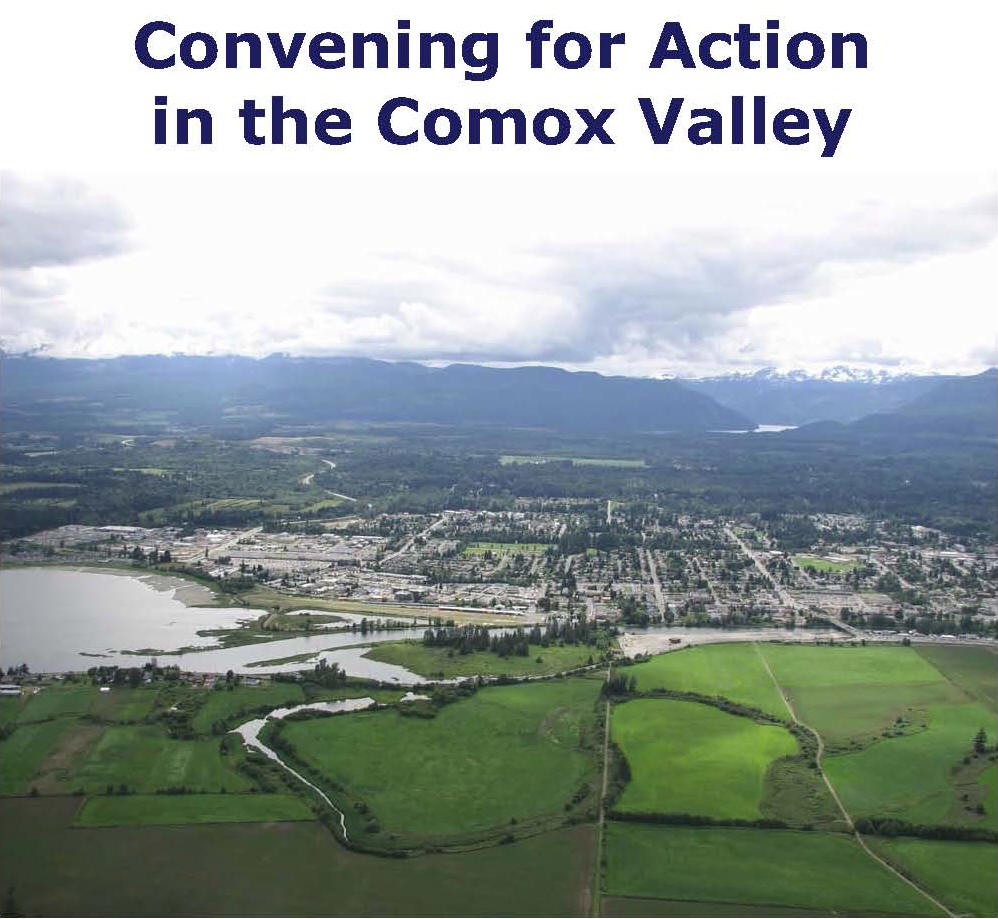 In September 2006, the CAVI-Convening for Action on Vancouver Island initiative was launched. Co-funded by the Province and the Real Estate Foundation, the launch of CAVI set the stage for convening for action in the Comox Valley. The CAVI initiative challenged local governments to tackle this question:

In June 2008, Comox Valley local governments volunteered to be a ‘demonstration application’ for exploration of a regional team approach that would be guided by the Living Water Smart target for watershed health. And so the CAVI-Comox Valley Regional Team was formed and embarked on a journey together.

Role Within a Bigger Picture

“The Comox Valley-CAVI team includes representation from all four local governments, the Ministry of Transportation and Infrastructure, the Partnership for Water Sustainability in BC, the environmental stewardship sector, and the forestry sector,” states Kris La Rose, Manager of Liquid Waste Planning, Comox Valley Regional District (CVRD), and Chair of the Comox Valley-CAVI team.

“Rainwater management is a board strategic priority, and asset management is an important component of the financial plan for every group in the CVRD engineering services branch. Both topics are key elements of the IREI (Inter-Regional Education Initiative) and continued participation and collaboration with other regional districts will help us to achieve our goals in these areas.”

The vision for a ‘regional team approach’ had its origins in the 2008 Comox Valley Learning Lunch Seminar Series, hosted by the City of Courtenay. The driver for action resulted from provincial intervention in Comox Valley governance.

In June 2008, the CVRD and its three member municipalities (City of Courtenay, Town of Comox and Village of Cumberland) agreed to a regional-based approach to conservation planning. In a Joint Resolution, all four formally endorsed Nature Without Borders: Comox Valley Regional Conservation Strategy, released in July 2008.

Sandy Gray, former City of Courtenay CAO, spoke on behalf of the Mayors and other CAOs and lauded the objectives of the Learning Lunch Seminar Series. “We are thrilled by the work of CAVI. It is a tremendous initiative,” he said. “The cooperation that is taking place around a consistent approach to development is very critical to all of Vancouver Island.”

“The Ministry is moving forward with projects that offer custom solutions to specific regional district circumstances. While these projects are being designed to respond to specific circumstances, they may also serve as useful ‘pilot projects’ with application to other areas of British Columbia. The Regional Growth Strategy will have a very strong environmental focus and deal with urban intensification,” wrote Ida Chong, Minister of Community Services, in her July 2007 notice of intervention that defined the restructuring.

The Comox Valley chapter in Beyond the Guidebook 2015 is 12 pages and is organized in six sections as shown below. To download a PDF copy and read the complete story, click on Comox Valley-CAVI Regional Team. 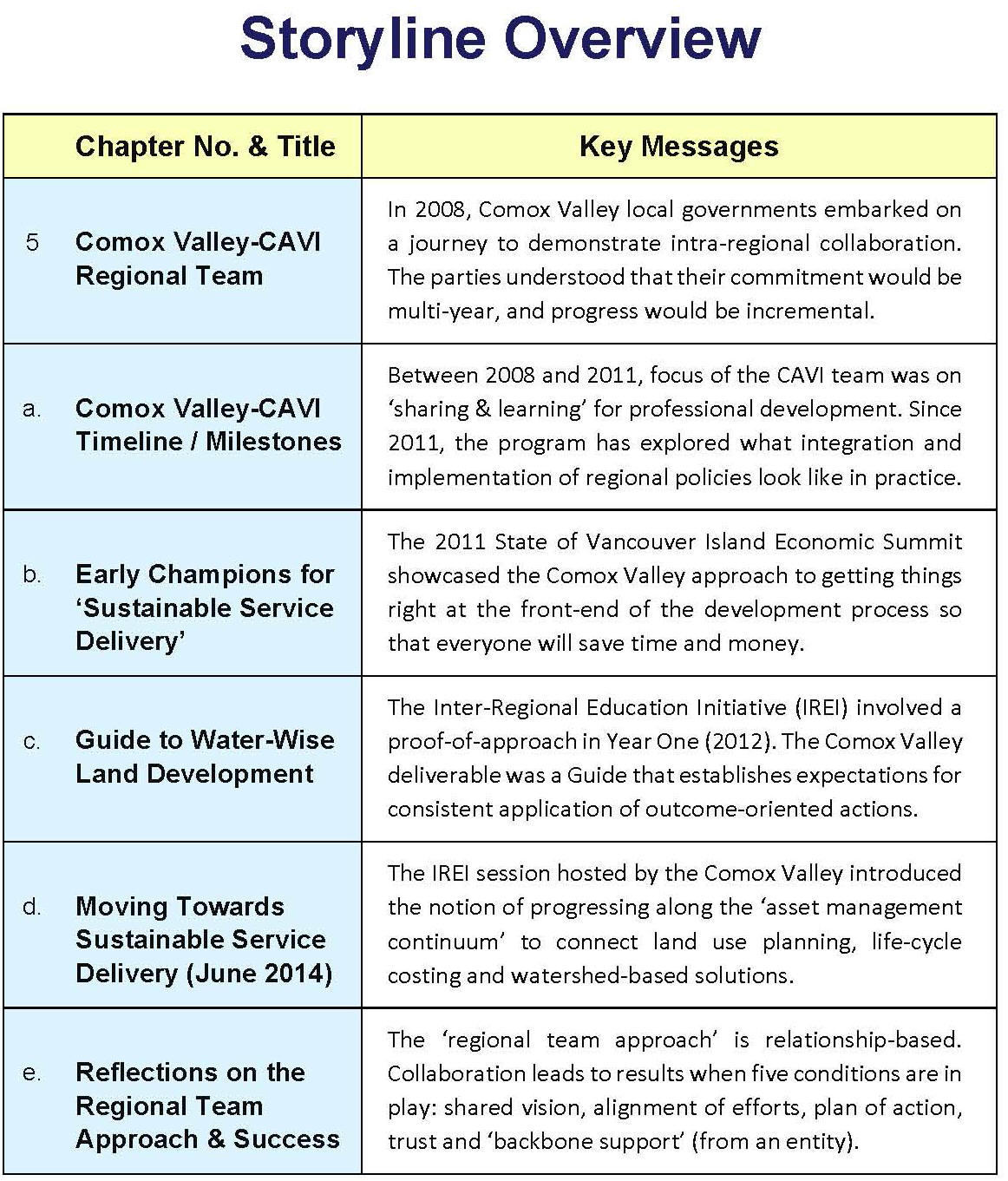