"The concrete of the future lets water run right through it," wrote Jacqueline Ronson in her article about a water-absorbing driveway in Victoria, BC

Aerial view of the Fairfield Neighbourhood, the southern-most neighbourhood in the city of Victoria, on southern Vancouver Island. It is Victoria’s largest community by population and area, when considered together with the adjacent Gonzales neighbourhood.

A home in the Fairfield neighbourhood is likely the first in Victoria to install a driveway that lets water run straight through it, an innovative approach that saves the homeowner cash and lessens the load on city’s drainage system.

Ron Manuel decided to install pervious concrete after learning about the City of Victoria’s then-pending stormwater utility. In January 2015, Manuel became one of a few Victoria homeowners eligible for up to a 40 per cent discount under new bylaws that reward locals for keeping their rainwater on their property.

For all residential homeowners, the City of Victoria calculates the utility charge from the hard area footprint, or roof coverage, of each home. Driveway footprints are averaged at three per cent of the roof’s footprint, while annual discounts are available for homes that have rain gardens, cisterns, green roofs or permeable surfaces like Ron Manuel’s driveway.

What makes Ron Manuel’s driveway so special? It’s made out of permeable concrete. When it rains, the water drains right through it and into the soil below, wrote Jacqueline Ronson in an article posted online (November 2015) by the US-based Inverse website.

Nearly two years later, and Manuel’s driveway is still turning heads. “The number of people who have come around to see it — people actually knock on my door asking about my driveway. They think it’s a gravel driveway until they look at it, until they walk on it and realize it’s a solid surface,” quotes Jacqueline Ronson.

To read the complete story written by Jacqueline Ronson, click on The Concrete of the Future Lets Water Run Right Through It 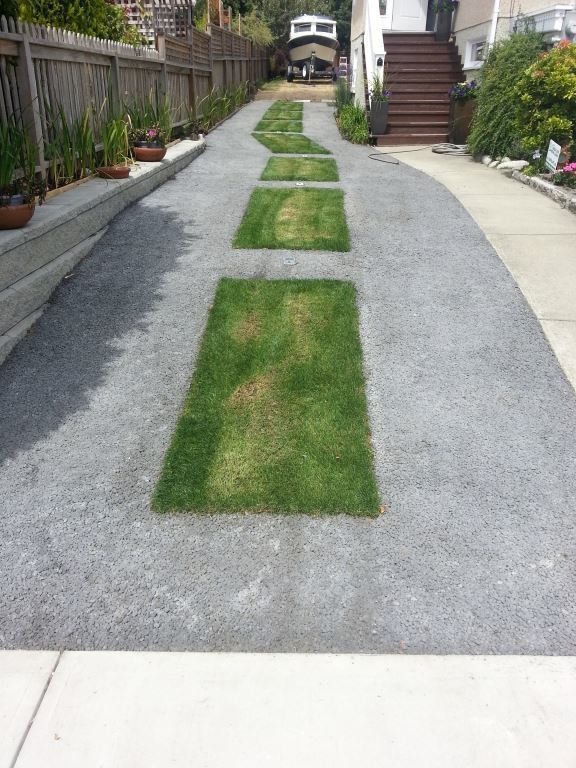