Green, Heal and Restore the Earth: Ian McHarg's "Design with Nature" vision has influenced Sustainable Rainwater Management in BC

TO VIEW THE VIDEO, VISIT: http://video.esri.com/watch/127/video-of-ian-mcharg-at-the-esri-user-conference-in-1997

So, I commend Design with Nature to your sympathetic consideration. The title contains a gradient of meaning. It can be interpreted as simply descriptive of a planning method, deferential to places and peoples, it can invoke the Grand Design, it can emphasize the conjunction with and, finally it can be read as an imperative. DESIGN WITH NATURE!

“We find that people intuitively understand what designing with nature means. It is non-threatening. Minds open. The concept provides a starting point for having conversations about living water smart, building greener communities and adapting to a changing climate. Perhaps this is what Ian McHarg had in mind when he wrote about the ‘gradient of meaning’. Suffice to say, the phrase Design with Nature works, it really does,” concludes Kim Stephens. 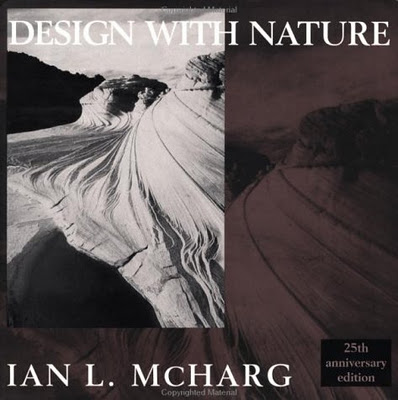