The community’s vision for restoring the creek that once flowed along the alignment of St. George Street in the Mount Pleasant area of Vancouver

A community group wants a historic waterway in Mount Pleasant to flow again along St. George Street within the City of Vancouver. Their hope is to recreate the creek

with rainwater runoff along St. George from Kingsway to East Fifth Avenue.

“The community has painted a  mural on the roadway to acknowledge one of the many salmon streams that historically flowed in what we now call Vancouver. Community members have also built, together with the Vancouver Society of Storytelling, a bench to mark the ‘headwaters’ of te Stetlew, the little creek that ran along what is now known as St. George Street.”

“At the Get Your Mind Into the Gutter Workshop on December 3rd, I will talk about how we were able to re-direct the community’s energy for opening up a sewer pipe to a plan that would use  rainwater collected from the street to support ephemeral water features.” 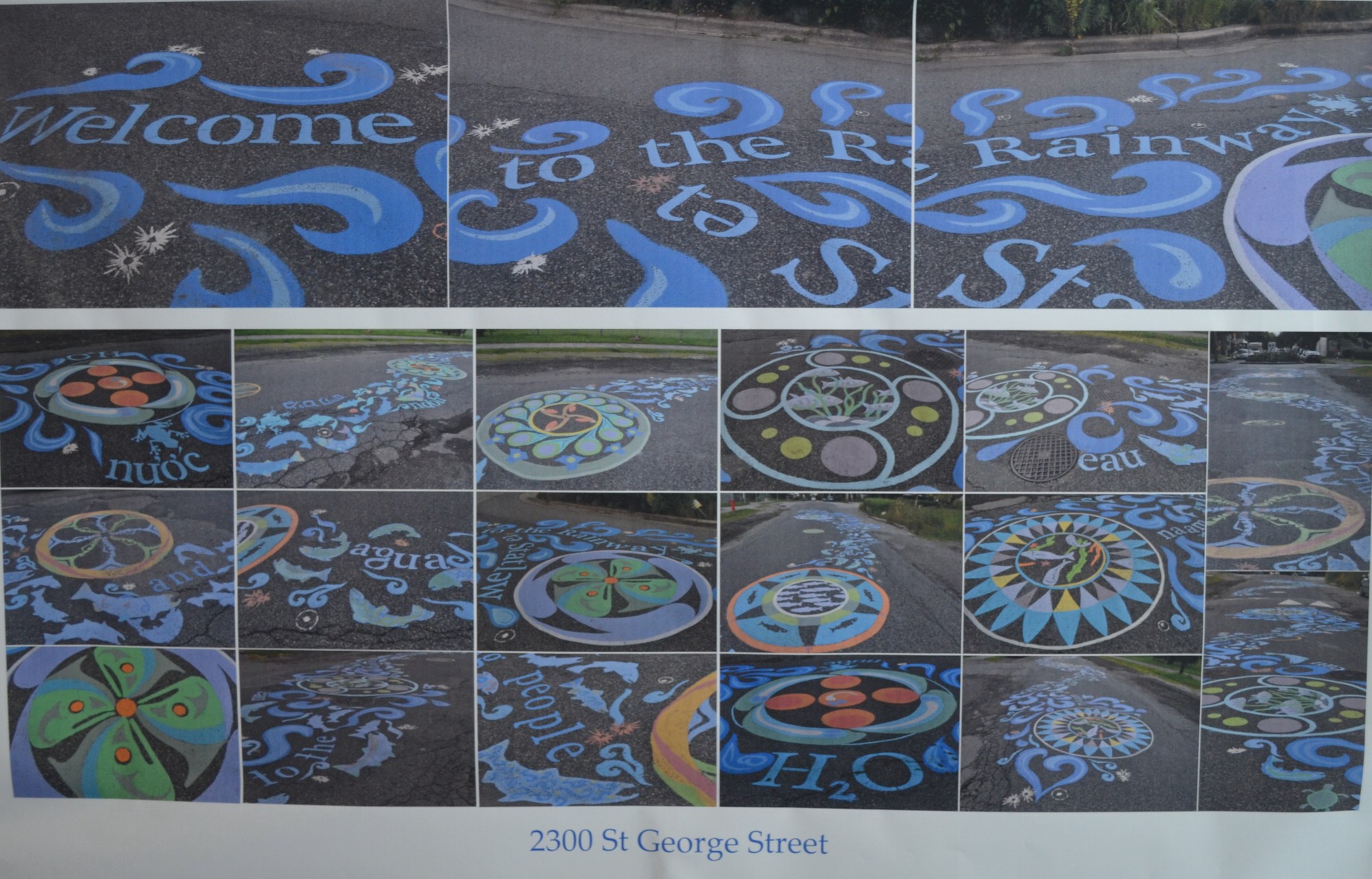 Supporting a Healthy Watershed in Vancouver

“How are we capturing rainwater and dealing with it properly in a way that not only enhances our urban environment with green and blue spaces, increases biodiversity and actively contributes to Vancouver becoming one of the greenest cities in the world by 2020,” said Shahira Sakiyama, community liaison for the St. George Rainway Project group.

Sakiyama said architectural designer Bryn Davidson’s thesis project from 2004 about St. George Creek was a finalist in a city design competition in 2004. Educator and poet Rita Wong discovered his project in 2009 and the pair organized an event with historian Bruce Macdonald in 2010 that spurred efforts to recreate the creek.

“Elementary students mainly from Mount Pleasant have learned about streams, created related art projects and a community parade. The St. George Rainway project is meant to be a community-building project as much as it is an engineering project,” explained Shahira Sakiyama.

To download an article published by the Vancouver Courier newspaper, click on East Side group aims to recreate lost stream with rainwater runoff.