This Primer is the first in a series of guidance documents released by the Partnership for Water Sustainability since November 2011. Core concepts presented in these companion documents provide an educational foundation for rainwater management in a watershed context. To download a copy, click on Primer on Rainwater Management in an Urban Watershed Context. 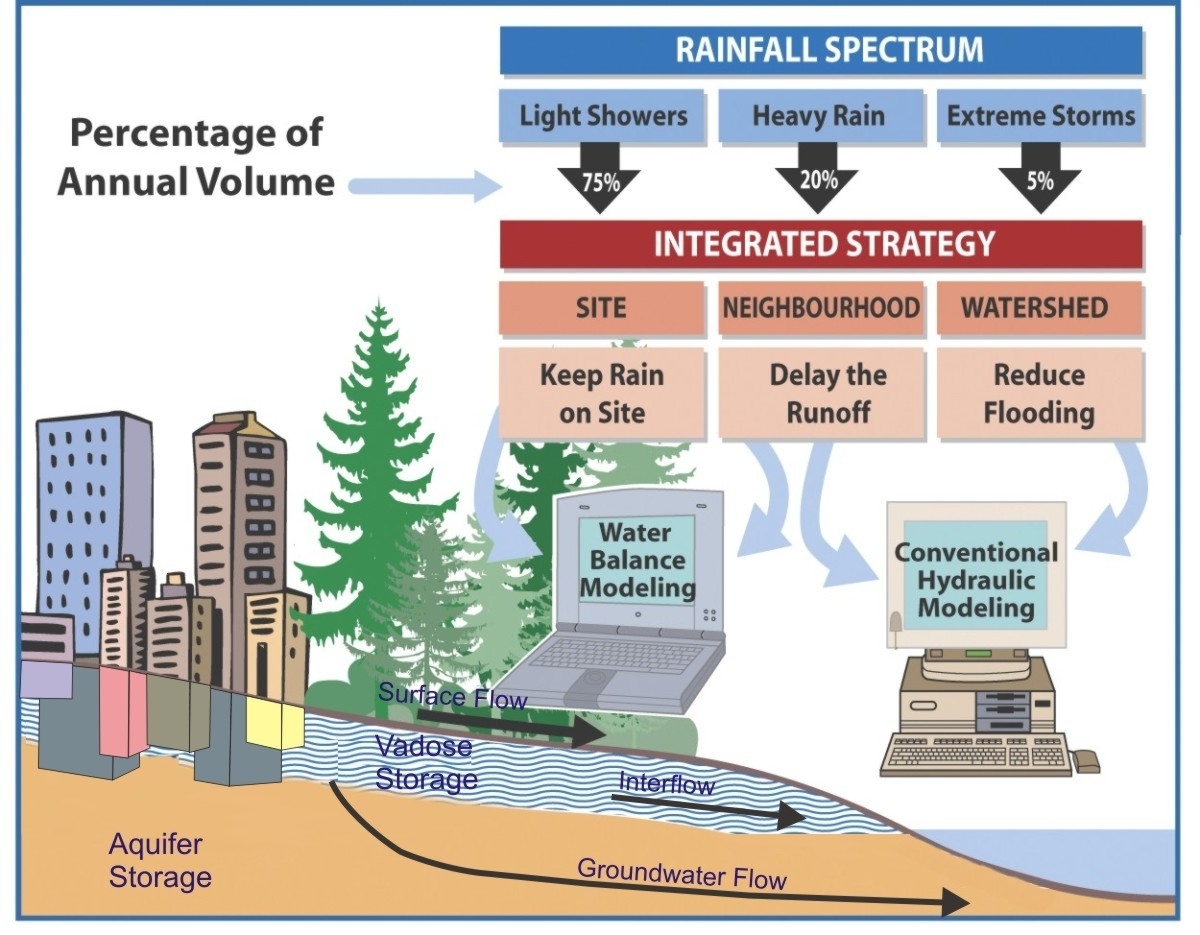 Released in November 2011, the purpose of the Primer on Rainwater Management in an Urban Watershed Context is to provide engineers and non-engineers with a common understanding of how a science-based approach to rainwater management has evolved since the mid-1990s:

Pioneer research yielded guiding principles; these are standing the test of time. Evaluation of, and analyses using, the entire rainfall and stream discharge spectrum allows us to see new connections to stream health and to begin the process of creating effective mitigation strategies,” reports Kim Stephens, Executive Director, Partnership for Water Sustainability in British Columbia.

“To reach consensus on a shared vision of what is desirable and achievable for watershed protection or restoration, people need a picture of what a stream corridor could and/or should look like,” states Peter Law, Chair of the Steering Committee that developed the Guidebook. “Often, the visioning process boils down to whether or not a stream corridor will have a functioning aquatic ecosystem.”

The figure below was at the heart of stakeholder visioning processes for the case study experience that the Guidebook is founded upon. It captures the evolution of drainage planning philosophy over the past 50 years. In 1998, this graphic and the concept of 20-yr and 50-yr visions helped the Councils for the cities of Burnaby, Coquitlam, Port Moody and Kelowna make policy choices.