The City of North Vancouver is leading by example in demonstrating on-the-ground applications of a ‘design with nature’ way-of-thinking and acting. This is illustrated by drainage features constructed within the highly urban Lonsdale Avenue corridor.

“Rain gardens have been included in bus bulges on Lonsdale to minimize the impact of the built environment on the City’s small streams.  But this is just part of the picture,” states Tony Barber, Manager of Engineering Planning and Design.

“As far as the bus bulges themselves, they reduce transit dwell times and therefore help to make transit a more attractive alternative.  So to sum it up, these bus bulges help to contribute to the social, economic and environmental aspects of the sustainability of the City of North Vancouver.”

Seizing an Opportunity to Lead Change

The drainage features have been praised by Corino Salomi of DFO.  “Not only do the features appear functional, they are visually appealing and interesting.  Installing features like these on a busy street like Lonsdale takes dedication and in my opinion demonstrates the kind of leadership needed to bring about improvements in how rainwater is viewed and managed. This is an example of seizing, not missing, an opportunity.”

The story of the Lonsdale Avenue Bus Bulges is included in  Beyond the Guidebook 2010: Implementing a New Culture for Urban Watershed Protection and Restoration in British Columbia, released in June 2010.

“Beyond the Guidebook 2010 provides local governments with ‘how to’ guidance for developing outcome-oriented urban watershed plans,” states Corino Salomi, Lower Fraser Valley Area Manager with the Department of Fisheries & Oceans.

“Rainwater management has a bigger picture. It is not just about drainage. Non-point source pollution, species at risk, ecosystem functions, and drought management are all coming to the forefront. Everything is linked. So, watershed targets and land development solutions must be holistic in scope.” 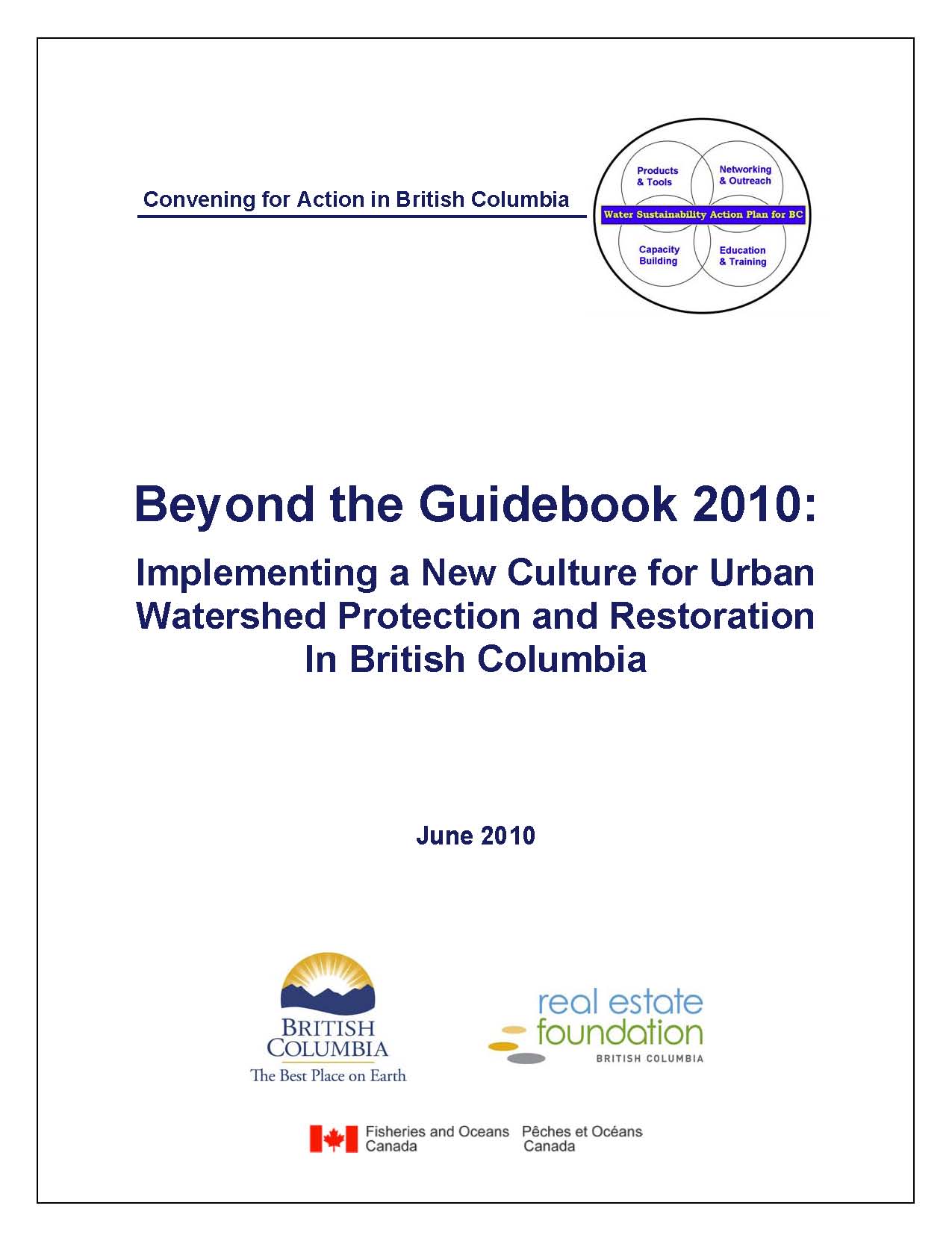