RESTORE THE BALANCE IN THE WATER BALANCE: “The sponge city concept marks a transformative change of China’s water management from the engineering-oriented paradigm to a more holistic and nature-based approach, which aims to strengthen the sustainability of the urban water cycle,” wrote Genevieve Donnellon-May, researcher with the Institute of Water Policy, National University of Singapore (January 2022)

The Diplomat is described as the premier international current-affairs magazine for the Asia-Pacific region. Since its launch in 2002, The Diplomat has been dedicated to quality analysis and commentary on events occurring in Asia and around the world. The Diplomat reaches an influential audience of commentators, policymakers and academics with its in-depth treatment of regional issues.

In January 2022, the Diplomat published an article on China’s Sponge Cities, co-authored by Genevieve Donnellon-May and Professor Guangtao Fu. She is a researcher with the Institute of Water Policy (IWP) at the National University of Singapore. He is a professor of water intelligence at the University of Exeter in the United Kingdom.

Are ‘Sponge Cities’ the Answer to Shenzhen’s Water Scarcity?

“Like many other countries, China is facing a multitude of water and water-related challenges, including flooding and droughts, which are linked to climate change. In the past few decades, water-related concerns in China have increased in both intensity and frequency, impacting not only society, but also infrastructure and the environment, resulting in economic losses,” state the authors in their opening paragraph.

The article’s spotlight is on Shenzhen, a city of 17.5 million residents in southern China. Shenzhen is the fourth most populous city proper in China. The city is often referred to as “China’s tech hub”. Shenzhen is facing its worst drought on record. The authors pose this question, Can authorities find a holistic, long-term solution?

They provide this context: “Sponge cities have been promoted by the central government as a sustainable solution for urban water problems in China. In a sponge city, nature-based solutions are implemented to infiltrate, retain, and store stormwater for future water use. Are sponge cities the solution to prevent droughts and the most severe scenario – “Day Zero” – in Shenzhen?”

Restore the Balance in the Water Balance

The article draws attention to the need to look at all aspects of the water cycle: “The construction of sponge cities aims to prevent flooding from 100-year storm events, but no clear targets for drought management have been put in place. As a result, green measures are purely perceived as an approach for flood risk reduction, without addressing the needs for water demand management and water reuse. To mitigate these concerns, the construction of sponge cities should be configured for wider benefits in drought and flood management.”

To read the complete article, download a PDF copy of Are ‘Sponge Cities’ the Answer to Shenzhen’s Water Scarcity?

Download a copy of the keynote presentation titled Adjusting to Longer and Drier Summers in British Columbia:  Drought Affects Us All. 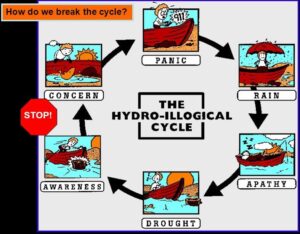 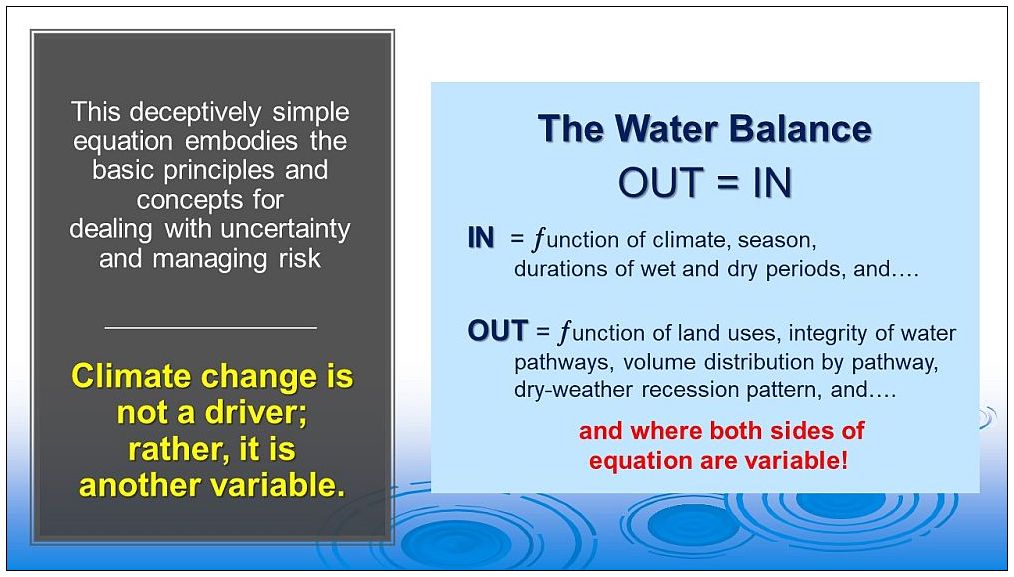 “Another key message is that everything is connected. This requires an understanding of how the system works as a whole, rather than focusing on components in isolation of the whole. Thus, a constant challenge for planning is not to prevent past events, but instead is to use past experiences and apply systems thinking to inform and create flexible strategies for the present and the future.”

Blue Ecology is the Pathway to Water Reconciliation

“Michael Blackstock’s Blue Ecology ecological philosophy aligns with the whole-system, water balance approach that the Partnership for Water Sustainability  champions for restoration of hydrologic function and stream system integrity within the built environment.”

“Blue Ecology is an ecological philosophy, which emerged from interweaving First Nations and Western thought. It is meant to be a companion because it augments existing Western science hydrology rather than displacing this knowledge,” concluded Kim Stephens. 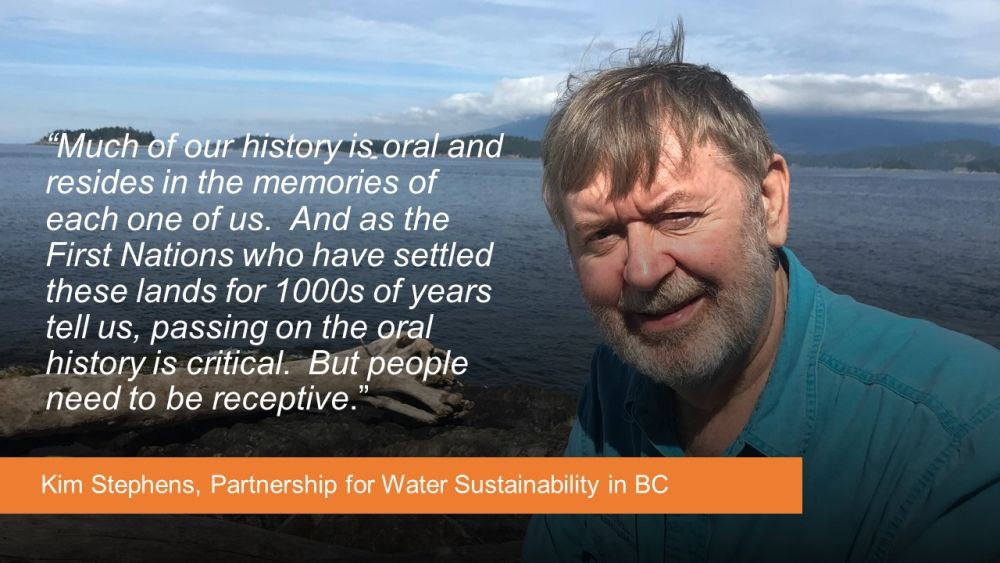