IN MEMORIAM: “The University of Sheffield’s John Henneberry (1952-2021) was a source of inspiration for me when we were initially developing the methodology and metrics for EAP, the Ecological Accounting Process. He identified the same methodological problems that we experienced in quantifying the financial value of ecological services. Natural systems do not dissect conveniently in order to be quantified and given financial value,” stated Tim Pringle, EAP Chair (October 2021)

John Henneberry (1952-2021) was a source of inspiration for Tim Pringle, Chair of the Ecological Accounting Process (EAP) initiative during the early years of the EAP program. His pioneering work in the United Kingdom provided validation of the wisdom inherent in the whole-system philosophy that guides the EAP program. John Henneberry’s interests lay at the interface between planning and property, and focused on the use of economic instruments in planning and the reproduction of the urban built environment. He wrote and researched widely on these topics. He is remembered by his colleagues and contemporaries as a gifted scholar, teacher and university leader.

The work of Tim Pringle and the Partnership for Water Sustainability in British Columbia to develop the Ecological Accounting Process (EAP) identified the same methodological problems that Professor Henneberry identified in his opinion piece published by The Conversation in 2018. Natural systems do not dissect conveniently in order to be quantified and given financial value.

The following tribute to John Henneberry, Professor Emeritus, by his colleagues in the Department of Urban Studies and Planning at the University of Sheffield is reproduced verbatim.

“John grew up in the Lake District and went to school there.  From there he went up to Cambridge, initially to read Economics, but fortunately for those of us who have worked with him, he transferred to Land Economy for the second part of the tripos, graduating in 1974.”

“He then came to Sheffield to take a two year MA in Town & Regional Planning and was sponsored by Manchester local authorities. He then worked in Manchester on the Community Land Scheme and also did some part time teaching at the Manchester Building College.  This interest in teaching was one of the reasons why he returned to Sheffield where John took up a lectureship at Sheffield Polytechnic (now of course Sheffield Hallam University).”

“There John blended his teaching with research and, importantly his connections with government and the development industry, enabling him to see the key relationships between theory and informed and grounded practice. He qualified both as a chartered planner and as a chartered surveyor, a rare but really important combination. He also did important research with findings that had critical lessons for public policy. To recall just two pieces of work, First, a study of the relationship between transport investment and property values and second what lessons could we learn from the practice of impact fees policy in the USA for capturing land value and for mitigating the external costs of development on infrastructure needs (an interest initially sparked by his work on the Community Land Scheme in Manchester).”

“Over time, John’s exploration of the theoretical underpinnings of our discipline and profession grew.  He was keen to explore critically and analytically how economic instruments could be used to achieve planning outcomes, not the least to produce more inclusive as well as more efficient cities and regions. He was also keen to examine how professional and organizational cultures as well as economics shaped development outcomes and reinforced regional inequalities.  We at the University of Sheffield were thus delighted when he accepted our offer to join us enabling him to spend more time reflecting on these critical issues and growing in both the breadth as well as depth of his knowledge skills and understanding.”

“Those of us who had the good fortune and privilege of working with him benefited enormously with the way he used this growing disciplinary breadth and depth to explore a  wide range of challenging theoretical and policy issues.  His eclecticism produced real insights into the operation of land and property markets, enabling us all, policy makers included, to see things more clearly and differently. He broke disciplinary and professional boundaries and was strongly committed to engaging with research users.”

“The range of issues he tackled is formidable: a few examples – continued work on land value capture, the equity implications of permitted development, new work on development and risk and on green investment and biodiversity, new work on developer behavior and cultures and most recently on the contemporary phenomenon of temporary land uses.  This eclecticism is reflected in the wide range of those who funded his work including both Economic and Social Research Council and the Engineering and Physical Sciences Research Council as well as many government departments. It is also reflected in the wide range of disciplines he embraced working alongside botanists, hydrologists, psychologists as well as economists, political scientists, geographers, planners and landscape architects, impressing all colleagues with his keenness to work with them and to grasp debates in other disciplines.  He was especially good at motivating colleagues and bringing them together to work on socially relevant research something, which was reflected in his appointment as Visiting Professor of Political Economy at the University of Keele.”

“As a result John has a formidable list of star publications in the top refereed journals, key books and contributions to books, and major research reports for government departments.  Alongside his own output John sat on many journal editorial boards, including as a lead editor and was also editor of the major Royal Institution of Chartered Surveyors research series.”

“His research was rightly reflected in promotions to a Readership in 1997 and a personal chair in 1998. It was also reflected in his election following rigorous peer review to major and prestigious national Fellowships including of the Royal Town Planning Institute and of the national Academy of Social Science. Alongside these accolades came prizes for outstanding papers and books.”

“But John was more than an extraordinarily outstanding scholar. He was also a very good citizen of the University of Sheffield, serving as head of department, Dean, importantly when the Faculty of Architectural Studies merged with Social Science, all roles demanding energy, devotion, leadership, strategic thinking and diplomacy, attributes which John had in bucket loads. But, above all, John brought a very collegial approach, placing collective values and aspirations at the heart of his leadership roles.”

“And John was also a good citizen in his wider academic and professional spheres, sitting on ESRC’s Grants Board and chairing the RICS Research Committee.”

“So in mourning John’s passing we have lost a gifted scholar, teacher and university leader.  But above all, in remembering John’s many achievements and gifts we remember, the way he so willingly helped all of us.”

“More than anything else we will remember that John was self- effacing, modest, generous to all and someone who put service to others above himself.  All of us, without exception, remember his many personal kindnesses to us, the way he would always be unfailingly patient with us and interested in what we did, always ready to give us advice which was, yes, challenging, but also constructive, balanced and positive – and right.  He went out of his way to support us whether the matter was professional or personal.  His whole selfless approach was an inspiration to all, including younger colleagues starting out on professional and academic careers.  It was also why John was a great teacher and much admired by all his students.”

“All of us who knew John have been enriched by John’s presence in our lives. We know he will live on amongst us all in his legacy of thought and deed. Our world is a better place because John made it so.”

“We have lost a good friend, someone who was a decent wise and honourable man. We are all the better for having known him.”

Read VALUATION OF NATURE’S SERVICES: “Quantifying and valuing nature are complex tasks. Undertaking them alters our conception of nature. As a result of it, nature appears more fragmented,” wrote Professor John Henneberry (University of Sheffield) in a ‘think piece’ published in The Conversation (Dec 2018) 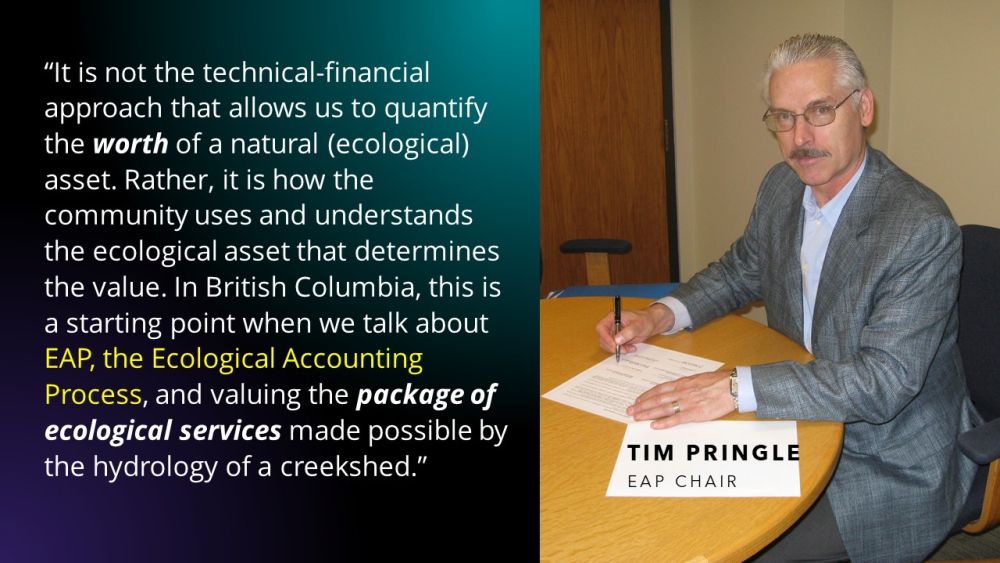