FLASHBACK TO 2008 / CREATE LIVEABLE COMMUNITIES: “In the first year of the Living Water Smart rollout, my lead-off presentation in the inaugural Comox Valley Learning Lunch Seminar Series traced the evolution of rainwater and stormwater management policies and practices in British Columbia. This provided a frame-of-reference and a common understanding for subsequent seminars,” stated Kim Stephens, series team leader

The precedent-setting Vancouver Island Learning Lunch Seminar Series was part of the implementation program for  Beyond the Guidebook: The New Business As Usual, This provincial initiative built on the foundation provided by Stormwater Planning: A Guidebook for British Columbia, published in 2002.

Hosted by the City of Courtenay, the Comox Valley series comprised a set of three sessions held during the September through November 2008 period. The three seminars were designed to provide an inter-departmental and inter-municipal learning opportunity for collaborative exploration.

The series was conducted as a cumulative process, from philosophy to tools, in order to advance a regional team approach to rainwater management and green infrastructure. Each session started at 11:00am and ended at  3:00pm.

“We introduced the the phrase ‘design with nature’ so that participants would understand why a Design with Nature approach to rainwater management (i.e. using infiltration and trees) will influence the greening of the built environment and protect stream health,” stated Kim Stephens, Water Sustainability Action Plan for British Columbia, and the team leader for the two 2008 Vancouver Island Learning Lunch Seminar Series. The first was hosted by the Cowichan Valley Regional District (June-July) and the second by the City of Courtenay.

“In embracing a ‘design with nature’ philosophy, we borrowed from Ian McHarg and the title of his 1969 book. Furthermore, we developed a definition that went beyond McHarg in terms of synthesizing Smart Growth principles with an infrastructure way-of-thinking. Also, the design with nature paradigm captures the essence of climate change adaptation.”

“In setting the scene for seminar participants, I traced the evolution of rainwater and stormwater management policies and practices in British Columbia. This provided a frame-of-reference and a common understanding for subsequent sessions.  I characterize the 1960s as the ‘pipe and remove’ decade. It was an era of rapid population growth and land development. The resulting changes in hydrology created drainage problems.”

“In response, drainage practice evolved and in the 1970s the practitioner focus shifted to building storage ponds as a way to dampen flood peaks. The 1980s was a wet decade in British Columbia, and there was a succession of extreme events such that I characterize it as the ‘reactive mitigation’ decade.”

“In the 1990s, there was a cultural shift as stream stewardship took hold and community groups became active in stream restoration. It helped that the 1990s was a dry decade. This helped to focus attention on the fact that streams were eroding despite the fact that detention ponds were now standard engineering practice.”

“By the end of the decade, it was becoming clear that managing floods alone was insufficient. We actually needed to manage all the events on the runoff continuum. This realization ushered in the ‘rainwater management’ era in the first decade of the 21st century. In 2002, with publication of Stormwater Management: A Guidebook for British Columbia, the Province signaled a new direction for drainage engineering practice.”

“The Guidebook set in motion a chain of outcomes that resulted in British Columbia being recognized internationally as a leader in implementing a natural systems approach to rainwater management in the urban environment. One of the lessons learned was the need for a program that would ensure province-wide consistency in understanding of approaches and desired outcomes.”

Visit the homepage for the 2008 Comox Valley Series https://waterbucket.ca/viw/category/convening-for-action-in-2008/2008-comox-valley-learning-lunch-seminar-series/

Download a copy of The Story of the 2008 Vancouver Island Learning Lunch Seminar Series. This summary report comprises seven chapters:

Download a copy of Creating Our Future – The New Business As Usual (Visualize What We Want Vancouver Island to Look Like in 50 Years), the presentation by Kim Stephens that opened the seminar series. 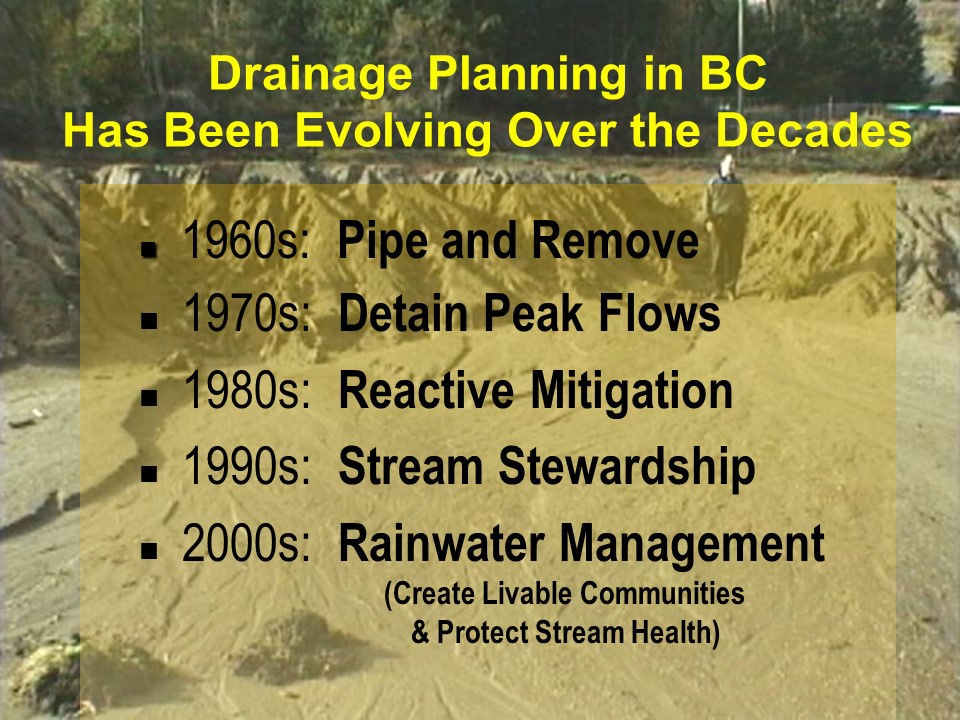 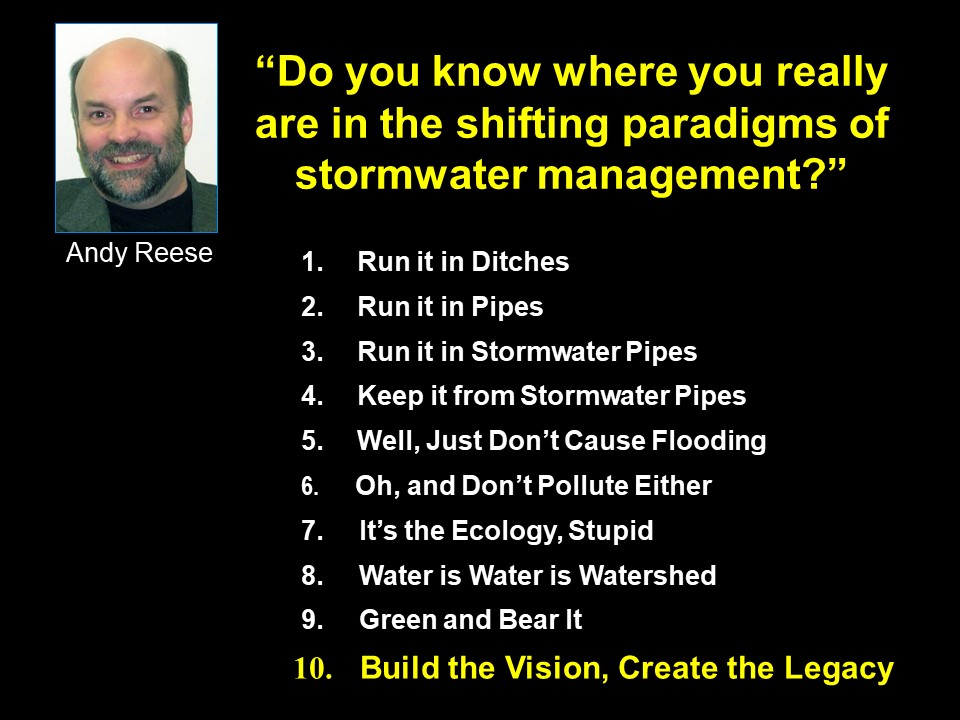 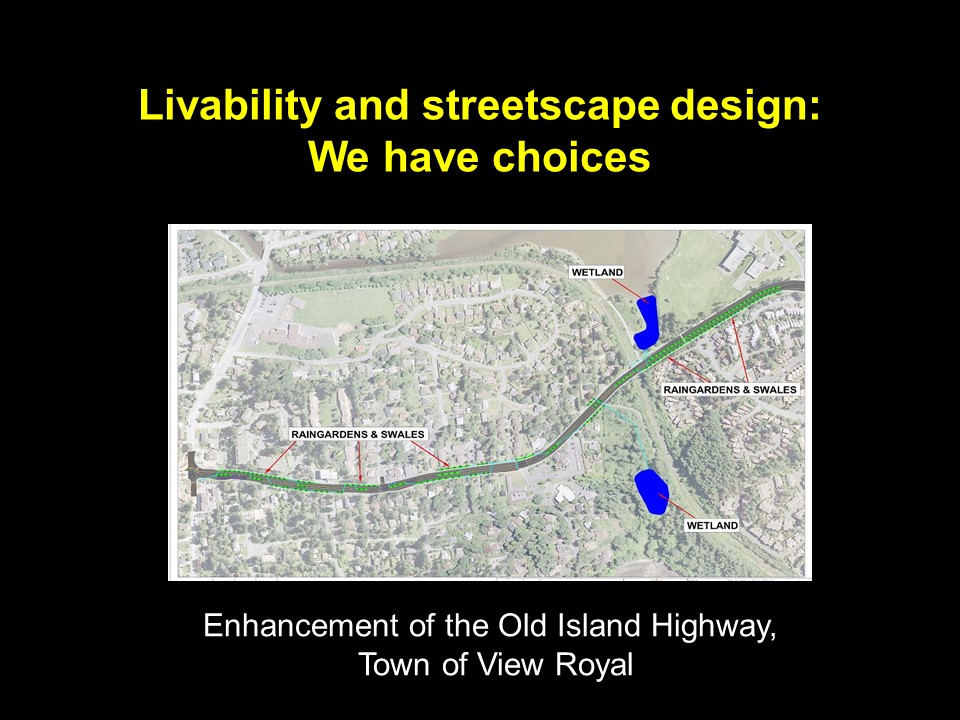