FLASHBACK TO 1969: “The Cuyahoga River caught fire 50 years ago. It inspired a movement,” wrote Tim Folger in a National Geographic retrospective

The Cuyahoga River (kaɪ.əˈhɒɡə/ KY-ə-HOG-ə, or /ˌkaɪ.əˈhoʊɡə/ KY-ə-HOH-gə) is a river in the United States, located in Northeast Ohio, that runs through the city of Cleveland and feeds into Lake Erie.

As Cleveland emerged as a major center for manufacturing, the river became heavily affected by industrial pollution, so much so that it “caught fire” at least 13 times, most famously on June 22, 1969, helping to spur the American environmental movement.

Since then, the river has been extensively cleaned up through the efforts of Cleveland’s city government and the Ohio Environmental Protection Agency (OEPA). In 2019, the American Rivers conservation association named the Cuyahoga “River of the Year” in honor of “50 years of environmental resurgence.”

“On June 22, the fire started around noon, when a spark from a train crossing a bridge fell into the toxic stew of industrial waste on the river’s surface. Smoke and flames, some as high as five-story buildings, erupted on the river from bank to bank,” wrote Tim Folger in an article for National Geographic Magazine.

“It wasn’t the first blaze on the river, nor was it the largest. But it was the last,” continued Tim Folger.

“The Cuyahoga would burn at least 12 more times over the next century. None of those disasters, however, ever achieved the notoriety of the 1969 fire. What made 1969 different?

To read the complete story, download a copy of Cleveland’s Cuyahoga River caught fire 50 years ago. It inspired a movement. 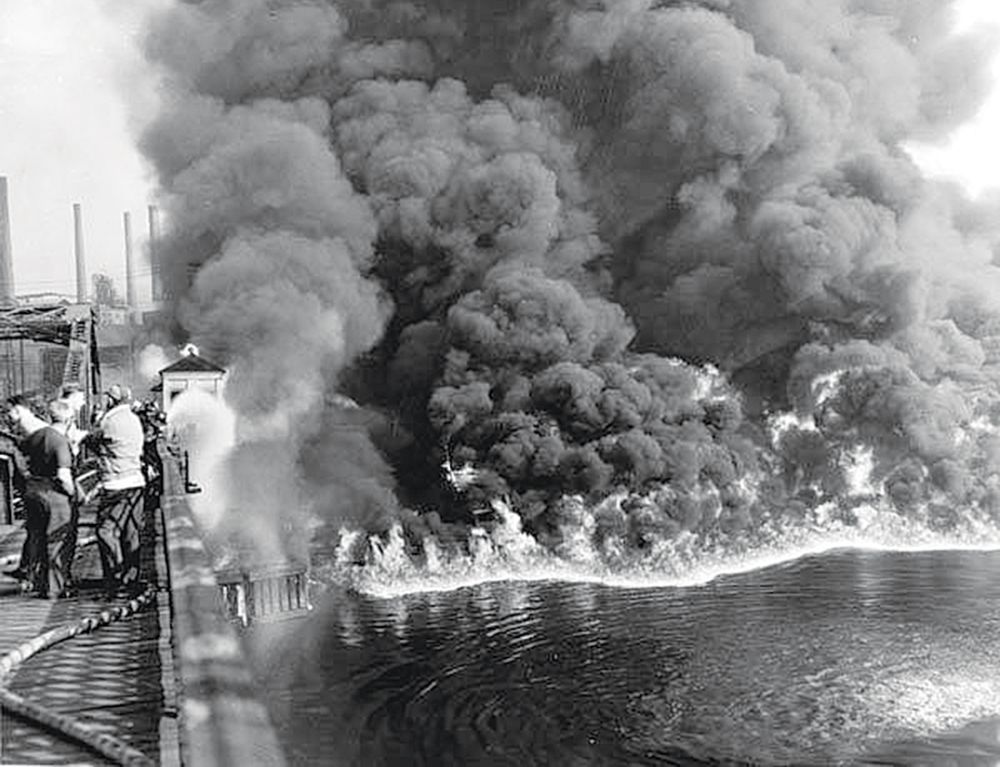