NATURE’S ASSETS: “It is becoming increasingly apparent that these resources can be harnessed as critical infrastructure and leveraged to manage the risks associated with climate change,” said Charles Brindamour, Intact Financial Corporation’s CEO (April 2019)

During the Nature Champions Summit, Intact Financial Corporation (“Intact”) announced a commitment of $2.3 million to 16 Canadian charitable partners – from coast to coast – focused on protecting Canadians from the impacts of climate change.

Held on April 24-25, 2019 the Nature Champions Summit focused on several key themes: identifying and overcoming barriers to nature protection; Indigenous partnerships and incorporating Indigenous wisdom in stewardship activities; the intersection of nature, oceans and climate change; and innovative financing for nature-based solutions. The Summit also provided a platform for participants to showcase commitments and to develop new partnerships for advancing nature protection.

One of the grants was to ALUS Canada for implementing natural infrastructure projects in marginal or inefficient-to-farm agricultural lands. 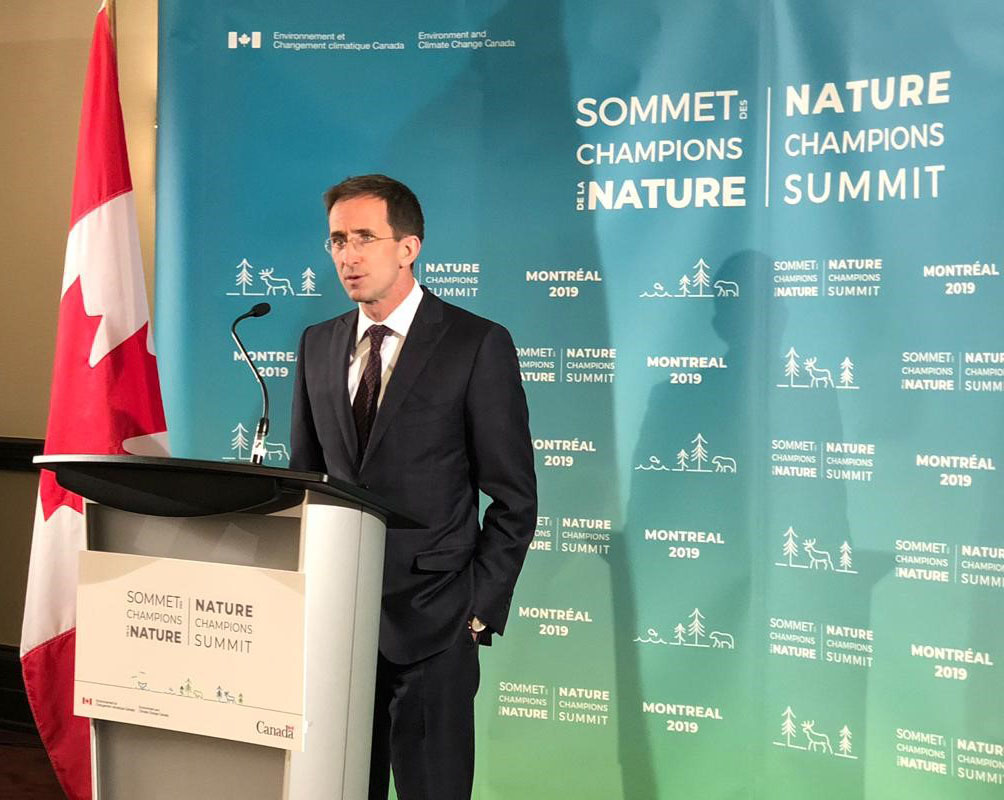 “It is gratifying to see ALUS recognized, by this leader in the Canadian insurance industry, as part of the solution for some of the most difficult environmental challenges of our time,” said Bryan Gilvesy, chief executive officer of ALUS Canada.

Wetlands and riparian zones that have been enhanced through ALUS are a proven method of helping Canadian communities mitigate flood risks, according to ALUS Canada. They also improve the environment in many other ways and producing ecosystem services such as cleaner air and cleaner water.

“As this week’s Summit has made clear, nature and natural resources are, and have always been, among Canada’s greatest assets,” said Brindamour. “It is becoming increasingly apparent that these resources can be harnessed as critical infrastructure and leveraged to manage the risks associated with climate change. We have a responsibility to advance this work to ensure the long-term resilience of our country.”

“Canadians love and value nature. That’s why the Government of Canada is working hard to double the protection of our lands and oceans from coast to coast to coast. By hosting the Nature Champions Summit, Canada is seizing an urgent opportunity to work with international leaders to advance an equally ambitious agenda to protect the world’s nature,” stated Catherine McKenna, Minister of Environment and Climate Change

“Canadians and coastal communities around the world rely on our oceans for food, jobs, clean air and so much more. Canada is proud to be an oceans leader, but we all have a shared responsibility to ensure our marine resources, aquatic species and ecosystems are preserved for future generations. The Nature Champions Summit is an opportunity to build on the momentum and international collaboration we achieved during Canada’s 2018 G7 Presidency and the Sustainable Blue Economy Conference we co-hosted in Kenya last fall. We must continue this crucial work together,” added Jonathan Wilkinson, Minister of Fisheries, Oceans and the Canadian Coast Guard

“Montréal is the ideal place to hold an international summit on biodiversity, as it has since 1996 been the seat of the Secretariat of the Convention on Biological Diversity, a fact of which we are very proud. We firmly believe in the importance of this kind of conference for its role in emulation, the power of information sharing, joint co-operation and creativity stimulation. This is an event where Québec will be able to show off its means of action and inspire other states and regions that are committed to the preservation of biodiversity,” noted Benoit Charette, Quebec Minister of the Environment and the Fight Against Climate Change

“The protection and preservation of Montreal’s natural spaces are a source of wealth for all citizens and one of the means we have to fight climate change. For this reason, our administration has the ambition and responsibility to protect 10% of Montreal’s natural territory and to increase the territory’s canopy to 25% in the coming years, figures that have been stagnating for far too long. To achieve these objectives, the federal government’s commitment to nature and biodiversity is essential,” concluded Valérie Plante, Mayor of Montréal