“The mottos of the sponge city are: Retain, adapt, slow down and reuse,” stated Kongjian Yu, the landscape architect who has transformed some of China’s most industrialized cities into standard bearers of green architecture

And then, in August 2017, the Senate of Berlin released its Sponge City Strategy. It is designed to tackle two issues – heat and flooding – by imitating nature and capturing rainwater where it falls.

“During the past 12 years we made quite good progress to install the ‘sponge-city concept’ or ‘decentralized stormwater management’ as we call it in Germany in the daily planning process,” states Dr. Heiko Sieker, urban hydologist.

Meanwhile, the City of Philadelphia is in Year 7 of a 25-year program to implement its Green City, Clean Waters program to create a citywide mosaic of green infrastructure and restore the water balance. Howard Neukrug fundamentally changed Philadelphia’s relationship with nature.

“Changing the world—or even one small piece of it—requires a lot of trial and error. We divide the city into communities, needs, types, gradients, opportunities, public, private and quasi-government,” stated Howard Neukrug.

Turning Cities into Sponges: How Chinese Ancient Wisdom is Taking on Climate Change

“In order to increase the resilience of a natural system, it is important to find solutions beyond the level of the city and even nation. I’m talking about a whole global system, in which we think globally but must act locally,” states Kongjian Yu. 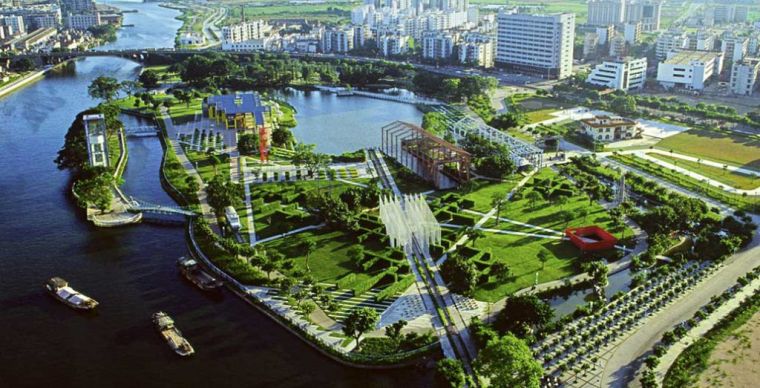 Many land and infrastructure professionals in this province do know in principle what they ought to do. However, there is still a gap between UNDERSTANDING and IMPLEMENTATION. Communities could do so much more if they would capitalize on rather than miss opportunities. Apply the tools. Do what is right. Learn from experience. Adapt. Pass the baton.