A CALL TO ACTION: “Without integrated and proactive green resilience strategies, cities risk wasting time and money on adaptation projects,” warns Steve Winkelman in a report released by the Adaptation to Climate Change Team (ACT) at Simon Fraser University (Nov 2017) 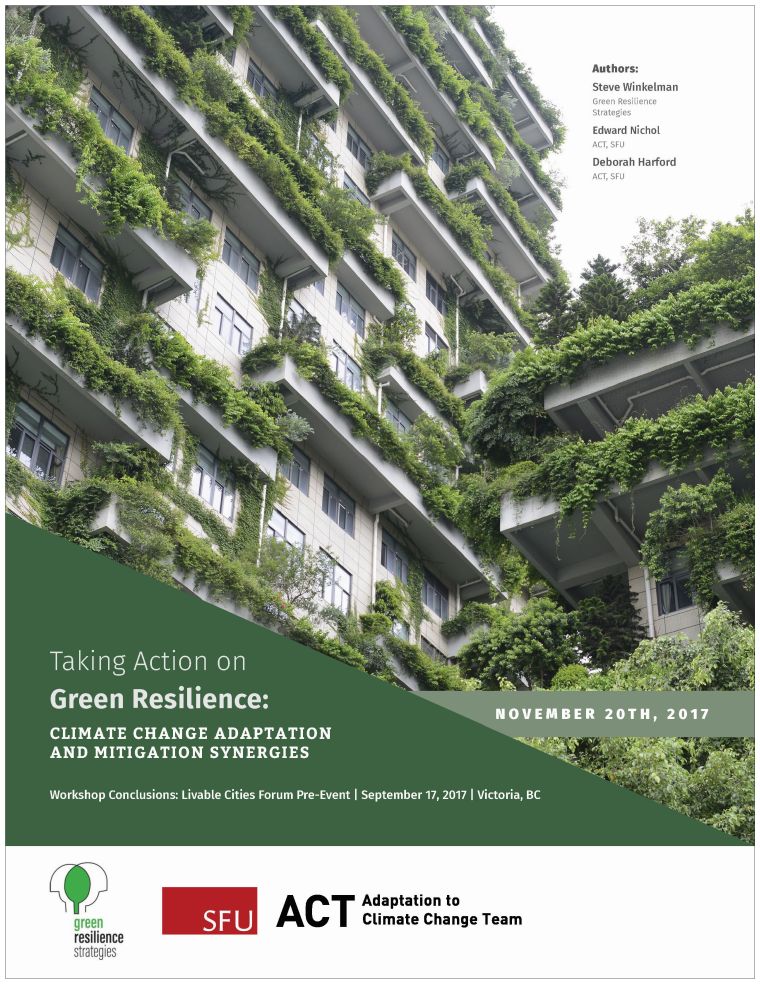