Recent water-centric developments in China and Berlin have caught the attention of the world.

Consider that, in 2013, President Xi Jinping injected a new term into the global urban design vocabulary when he proclaimed that cities should “act like sponges” and launched China’s Sponge City program.

And then in August 2017, the Senate of Berlin released its Sponge City Strategy. The common guiding philosophy for both? Mimic nature, restore the water balance, adapt to a changing climate. 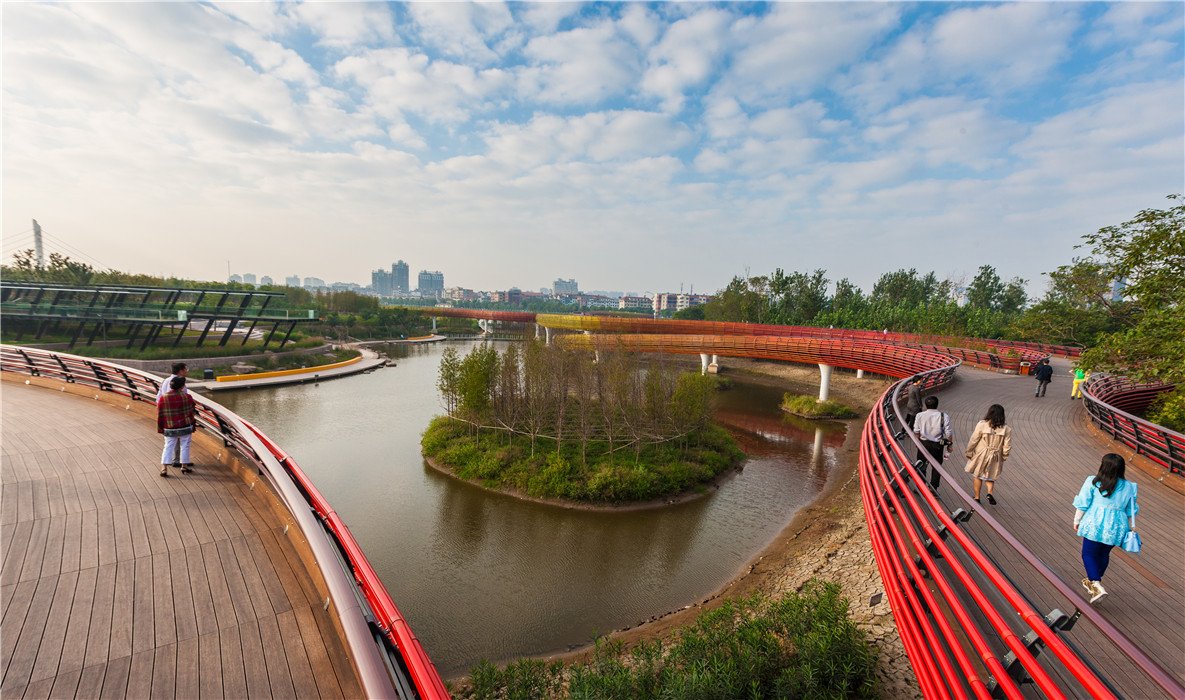 “Like many places around the world, Chinese cities are considering ways to combat flooding in the face of climate change,” wrote Leanna Garfield, an innovation reporter at Tech Insider, covering stories about the future of food and cities.

“The Chinese government is now pursuing an idea that could alleviate the problem: sponge cities.”

“Many of the projects incorporate green space, like wetlands and bioswales, which naturally help absorb water. The efforts seek to reduce the amount of rainwater runoff.

The Yanweizhou Park in Jinhua (eastern China) serves as a model for the type of flood-resilient, green infrastructure the country wants to continue building.

To read the complete article as published in Business Insider UK, download a pdf copy of China is building 30 ‘sponge cities’ that aim to soak up floodwater and prevent disaster