Survey of 50 Municipalities Across the United States

Rainwater management strategies that slow, spread and sink rainwater runoff close to its source through recognized practices are a component of green infrastructure.

In early 2015, the National Association of Home Builders (NAHB) commissioned a review of the permits, codes, and ordinances from 50 municipalities across a broad range of climate zones to determine the scope of so-called LID (Low Impact Development) adoption throughout the country.

The survey determined that only one lacked any form of green infrastructure in its stormwater requirements, noted Ed Shadrick.

He concluded that “the NAHB study demonstrates that green infrastructure is prevalent across the country and its use is likely to expand because of the benefits provided.” 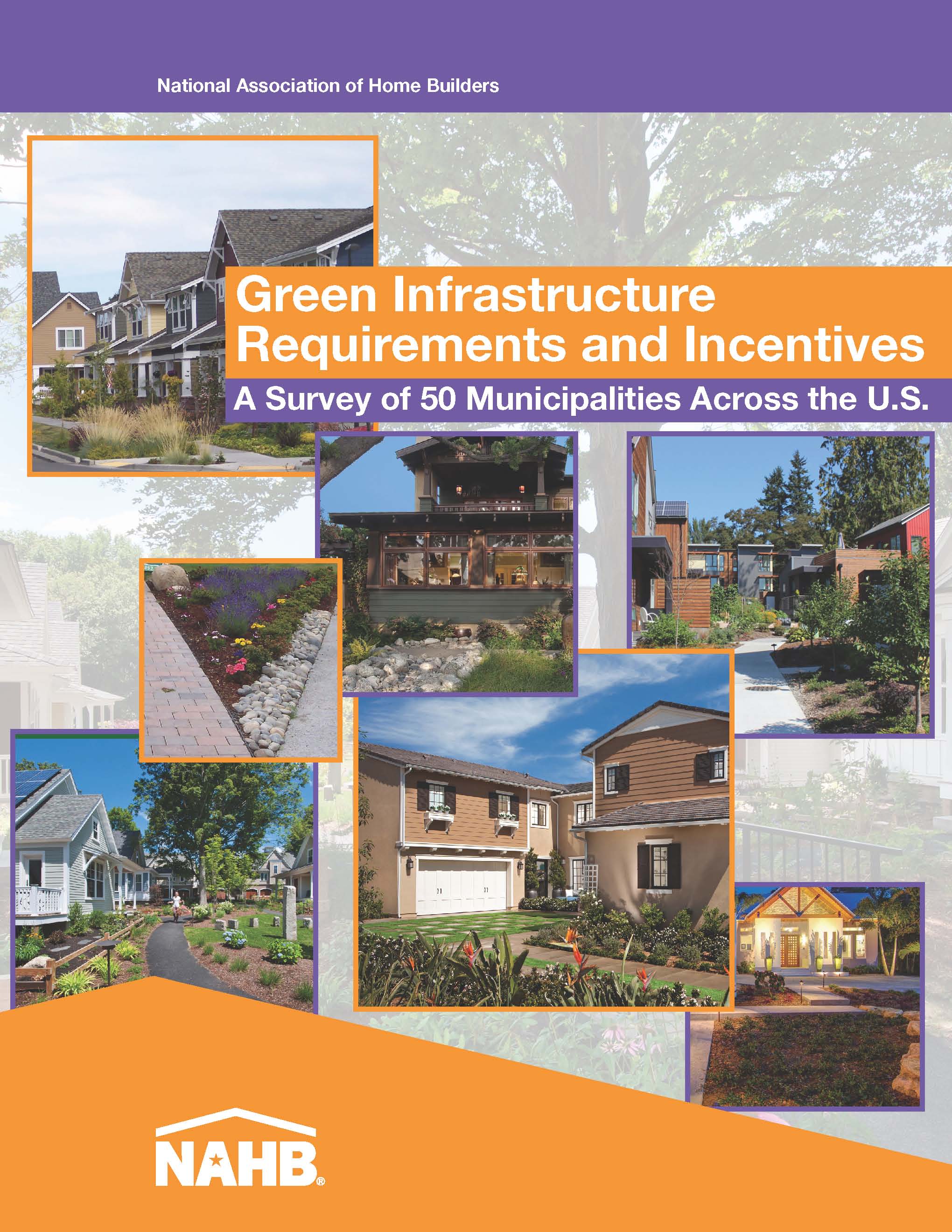