In February 2011, the Partnership for Water Sustainability in British Columbia posted a consolidated reference for a number of articles posted on this waterbucket.ca website. Their significance lay in the way they connected the dots between developments in the United States and initiatives that were underway in British Columbia circa 2010.

To read that story, click on Cross-Border Alignment: Connecting the Dots Between Land Use Planning, Development, Watershed Health AND Infrastructure Management 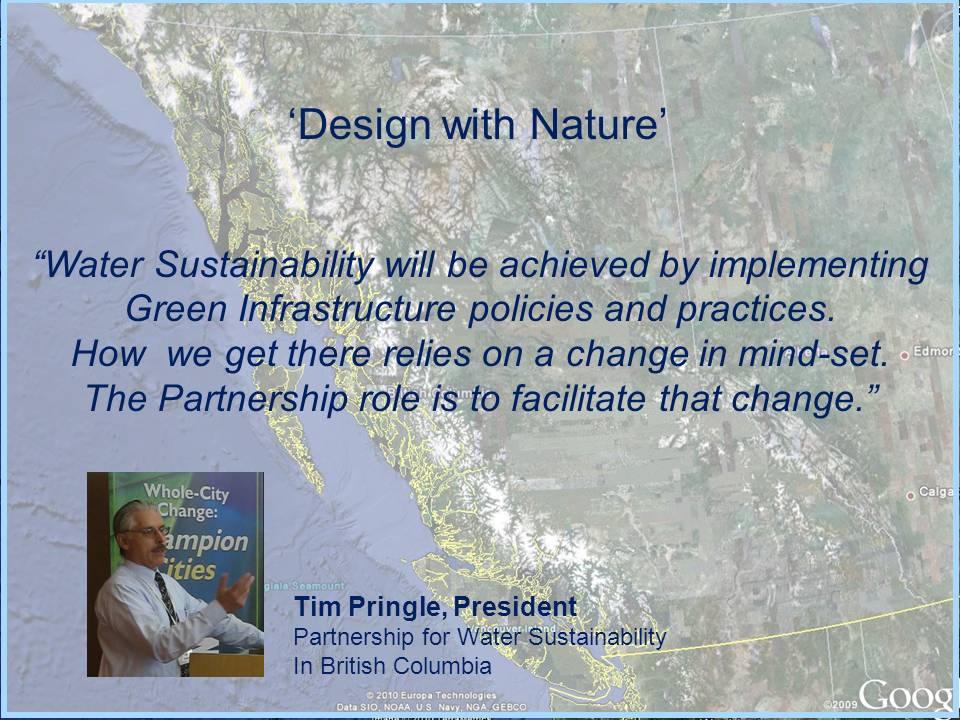 “A key message for our British Columbia audience is that we are observing a convergence of understanding, wrote  Kim Stephens, Partnership Executive Director in February 2011.

“On both sides of the 49th parallel, light bulbs are going on about the inter-connectedness of green infrastructure and water sustainability, and the implications for watershed health.”

“Two recent developments in the United States have caught our attention here in British Columbia: the Rainwater-in-Context Initiative (led by Paul Crabtree); and the Urban Water Sustainability Leadership Conference held in Philadelphia in December 2010.”

“They shared innovations, strategies, and best practices, for making green infrastructure the centerpiece of the urban water world.”

“A number of themes emerged during the conference, including: Green infrastructure has multiple economic, social, and environmental benefits, but it must work within the greater quilt of water management that includes traditional gray infrastructure.”

In British Columbia, a provincial goal is to advance settlement change that is in balance with ecology. Commencing in 2003, consistent and repeated use of the phrase ‘design with nature’ has proven effective in facilitating a paradigm-shift in the local government setting.

The phrase is borrowed from the title of a seminal book by Ian McHarg, Design With Nature, published in 1969.

In May 2005, the BC Green Infrastructure Partnership developed a branding graphic to define ‘designing with nature’ in contemporary terms.

“The catalyst for developing this mind-map was a consultation workshop with the Metro Vancouver Regional Engineers Advisory Committee,” states Ray Fung, Past-Chair of the  Green Infrastructure Partnership, and currently Director of Engineering and Environment Services with the District of West Vancouver.

The mind-map has evolved over the past decade. In 2011, the infrastructure liability issue was weaved into the storyline (see above).

“There are two dimensions to the goal of a ‘lighter water footprint’, namely: reduce water use to ensure sustainability of supply; and reduce drainage runoff to protect stream stability,” explains Kim Stephens.

In early 2007, or about four years before the Philadelphia Conference, the Water Sustainability Action Plan for British Columbia developed the following hierarchy of ‘green’ vocabulary to establish the connection between green infrastructure and water sustainability outcomes:

“The purpose in developing this mind-way was to help advance a new way-of-thinking about land development,” reports Kim Stephens.

“This cascading vocabulary was unveiled at the Creating Our Future Workshop on Vancouver Island, held in conjunction with the Gaining Ground Summit in Victoria in June 2007.” 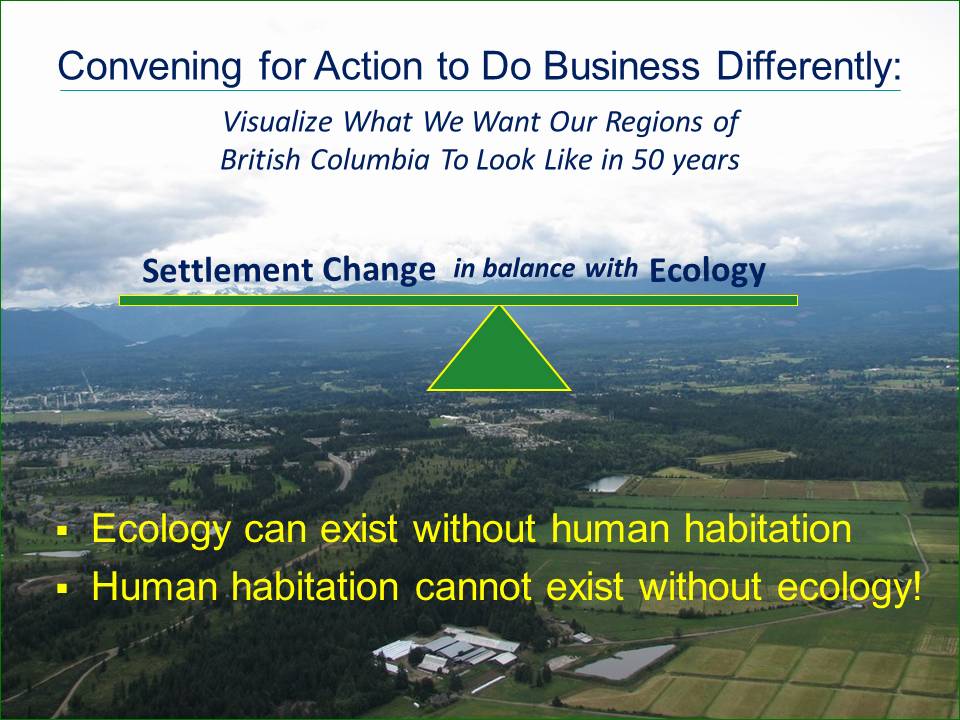