What Happens on the Land Matters: Restore the Water Balance in Urban Areas!

In April 2016, the Environmental Managers Association of BC hosted a session about the 2015 Drought. This provided the Partnership for Water Sustainability in BC with an opportunity to continue the rollout of Beyond the Guidebook 2015: Moving Towards “Sustainable Watershed Systems, through Asset Management, third in a series of guidance documents released over the past decade. The series builds on Stormwater Planning: A Guidebook for British Columbia, released in 2002. Kim Stephens, Executive Director, represented the Partnership.

“My presentation introduced EMA members to the Water Sustainability Action Plan, the Georgia Basin Inter-Regional Educational Initiative (known by the acronym IREI), and Beyond the Guidebook 2015. It was a great opportunity to inform a new audience and connect the dots in a way that I hope will stick,” reports Kim Stephens. 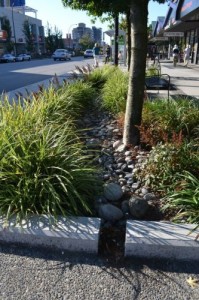 The climate is changing. Winters are warmer and wetter. Summers are longer and drier. This is the New Normal. This pattern has been taking shape for more than a decade. Looking back, the 1987 drought ended a comparatively benign period of about 50 years in southwestern British Columbia. While 1987 was the first of three extreme droughts within a 5-year period, 2003 was “THE teachable year”.

When British Columbia experienced drought, forest fires, flood, wind and pine beetle in rapid succession, this created a window of opportunity for a paradigm-shift. The 2003 teachable year set in motion a Living Water Smart process that culminated with passage of the Water Sustainability Act in 2014. 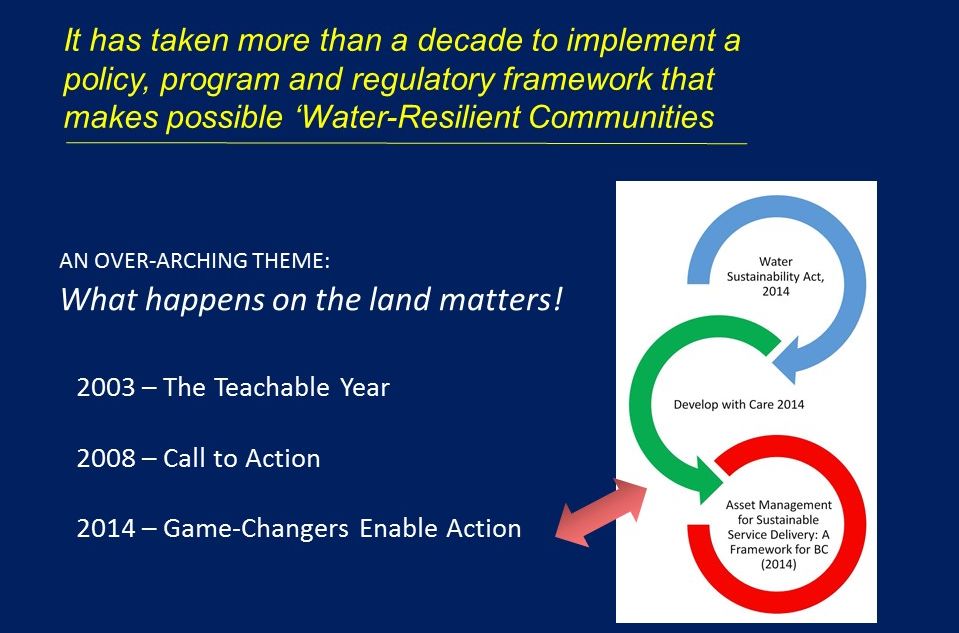