November 25, 2014 - Posted in 2011 thru 2015, Implementation of Green Projects in British Columbia and Beyond, Law and Policy Tools

The Water Balance Methodology provided the technical foundation for Stormwater Planning: A Guidebook for British Columbia, released by the Province in 2002.

The Water Balance Methodology has been evolving as science-based knowledge and understanding have expanded and become clearer over time. This ongoing process is branded as the “Beyond the Guidebook” initiative, in part because it is adding depth to the 2002 Guidebook.

“We are moving from guidelines to tools,” stated Corino Salomi in 2010 when he reflected on the evolution of the Water Balance Methodology and a science-based approach to rainwater management. Corino Salomi is Area Manager, Oceans, Habitat & Enhancement Branch, Lower Fraser Area. His area of responsibility extends from Mount Currie in the Pemberton Valley to Boston Bar in the Fraser River Canyon. This allows him to see the big picture in terms of region-wide action on the ground.

“A decade ago, looking at rainfall differently led the Province to initiate a change in the way rainwater is managed. In 2002, introduction of the Water Balance Methodology was a catalyst to trigger actions on the ground that would maintain or restore the natural Water Balance. The initial priority was to reduce surface runoff volume,” states Peter Law, Chair of the Guidebook Steering Committee and a

founding Director of the Partnership for Water Sustainability in British Columbia.

“The water balance of a watershed is a topic which has suffered from descriptions that oversimplify the processes to such an extent that unintentional adverse consequences may be occurring as a result of application of commonly employed prescriptive practices.

A goal of the Partnership in evolving the Water Balance Methodology is to address and rectify this issue of concern.” 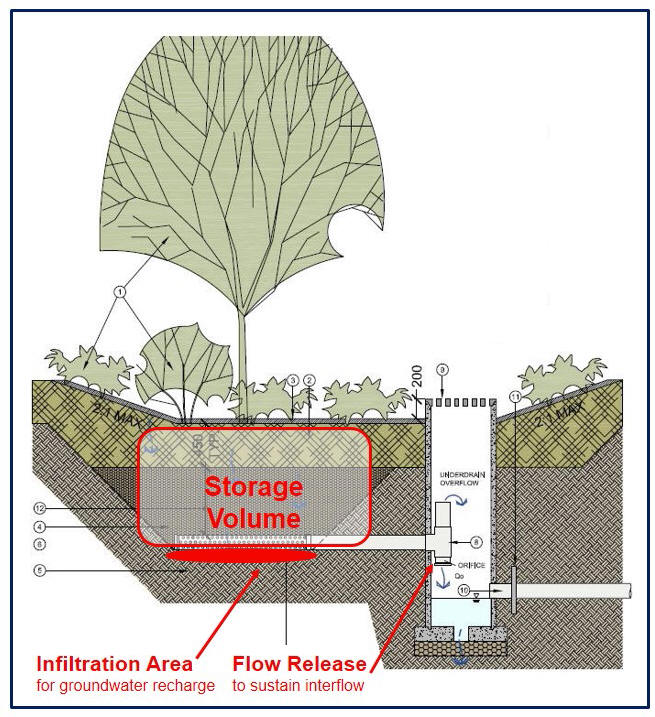