In July 2014, the Toronto Star published a commentary that was co-authored by David Suzuki and Faisal Moola. Written in the aftermath of the flooding experienced by the Toronto region, the commentary described how this stormy wake-up call means that it is time to have a discussion about how to respond to the dark, costly clouds on the horizon. 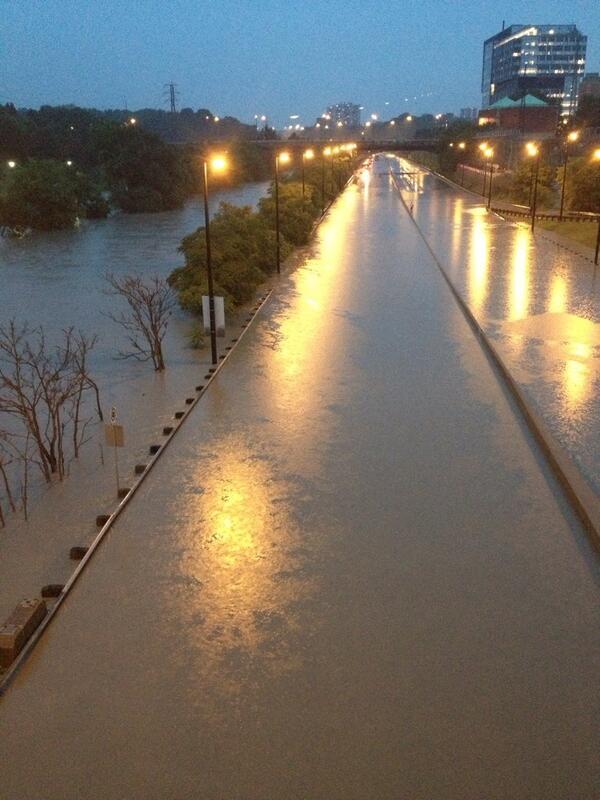 A view of the Don River. The parkway is under there somewhere. PHOTO CREDIT: #toronto flooding. pic.twitter.com/FOekKz1XZy

How to Get Ahead of the Storm with Green Infrastructure

“Getting a bucket of water dumped on your head is quite the wake-up call. This is something countless Toronto commuters can attest to after getting drenched on Monday with over 90 millimetres of rainfall — more than a month’s worth — in just two hours,” wrote David Suzuki  and Faisal Moola.

“Coming mere weeks after historic flooding in Calgary, these wild, wet events are unsettling reminders that our cities are vulnerable to the whims of freaky weather.”

Bring Nature Into the Equation

“So, knowing there will be dark, costly clouds on the horizon, how can we get ahead of the storm? One of the best strategies for dealing with severe weather events is to steal a page from Mother Nature’s playbook: bring nature home to the city through green, living infrastructure.”

“Natural ecosystems — like forests, fields, marshes and wetlands — are built to absorb rainfall and slow the flow of water as it passes through vegetation and soils and into waterways. Thus, incorporating natural systems into the built urban environment can effectively mitigate the intensity of storm surges.”

To read the complete commentary, click on How to get ahead of the storm with green infrastructure