UniverCity Leads Way with Next Generation of Green Infrastructure Innovation

The event theme for Celebrating Green Infrastructure is “A Partnership in Action: from Vision to Implementation”

The Showcasing Innovation Series comprises three one-day events. Each is structured as presentations in the morning and a tour of project sites in the afternoon. The third in the series was hosted by UniverCity – the Community at Simon Fraser.

The goal in showcasing innovation and celebrating successes is to promote networking, build regional capacity, and move ‘from awareness to action’ – through sharing of green infrastructure approaches, tools, experiences and lessons learned as an outcome of designing with nature.

“The Showcasing Innovation Series is a regional pilot program that is being implemented by the Green Infrastructure Partnership under the umbrella of the Water Sustainability Action Plan for British Columbia,” reports Kim Stephens, Series organizer and event Moderator, and Program Coordinator for the Action Plan.

According to Chris Hartman, “UniverCity is living up to expectations…the vision for a sustainable community has quickly come to fruition: UniverCity is walkable; provides families with a sense of community in a healthy environment; supports economic development and jobs; and offers a range of housing, commercial, and transportation options”.

According to Dale Mikkelsen, “The walkabout provided participants with an on-the-ground understanding of implementation details. A highlight of the walkabout was the Verdant non-market housing project, a precedent-setting green building. Verdant is precedent-setting because it will be the first LEED Gold woodframe residential building in North America.”

About the SFU Community Trust

Formerly known as the Burnaby Mountain Community Corporation, ithe SFU Community Trust  was incorporated in February 1999 and is a wholly owned subsidiary of Simon Fraser University.

The mandate of the SFU Community Trust is to manage the planning and development of a complete new community on approximately 65 hectares (160 acres) of land surrounding the SFU campus on Burnaby Mountain.

Paul Ham, Chair of the Green Infrastructure Partnership, and Kim Stephens set the scene for the day. First, Paul Ham described the genesis for the Showcasing Innovation Series and how it is resonating with local governments in Metro Vancouver and on Vancouver Island. Then Kim Stephens drew on his personal experience to explain the strategic importance of UniverCity in both the regional and provincial contexts.

According to Paul Ham, General Manager of Engineering for the City of Surrey, “The purpose of the Showcasing Innovation Series is to celebrate… and build on…the on-the-ground successes that are enhancing the ways communities are being developed and water is being managed.”

“There are a lot of good things happening throughout Metro Vancouver,” continued Paul Ham, “Because people are so busy in their own world, it takes a third party to connect them. That is the role the Green Infrastructure Partnership plays in organizing the Showcasing Innovation Series. The goal is a simple one: build regional capacity.” 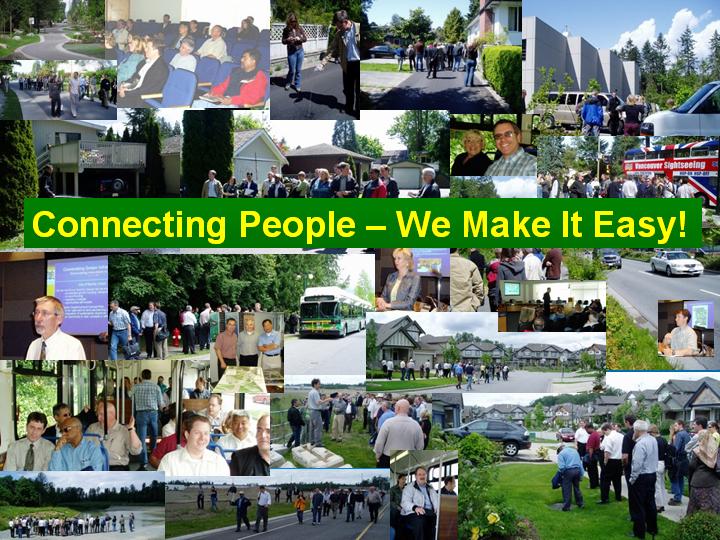 Kim Stephens drew on his Burnaby Mountain experience to tell a story about a meeting with Burnaby City Council that provided the flavour of what it was like to be in the hot seat when introducing a new way of thinking and doing in 2000. This was at the start of the UniverCity development process. His theme was UniverCity: The Genesis for RAINwater Management in British Columbia. 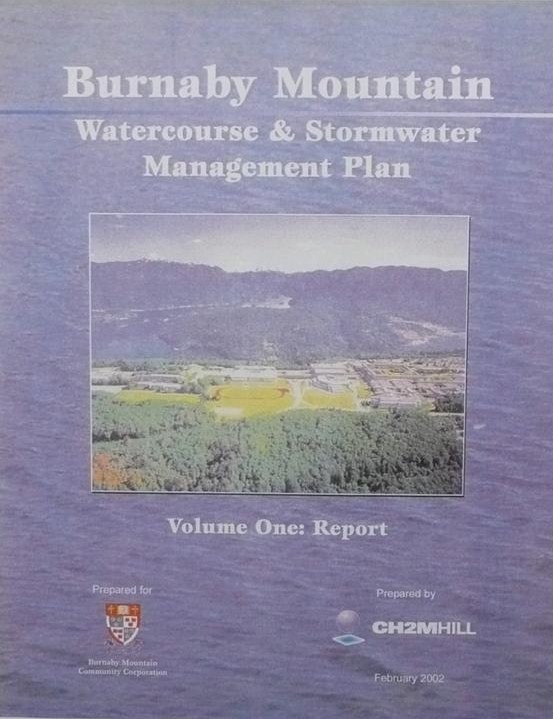 Kim Stephens was Project Manager and leader of the ‘green team’ for the Burnaby Mountain Watercourse and Stormwater Management Plan, a core component of the UniverCity Development Plan. Prior to that, he was a member of the interdisciplinary team that prepared the 1996 Development Concept Plan. This provided the technical foundation for the subsequent Simon Fraser Official Community Plan.

“During the 2000-2001 period we had to overcome fear and doubt in order to move ahead with projects such as the East Clayton Sustainable Community in Surrey, and UniverCity on Burnaby Mountain,” stated Stephens, “It was David Reid who coined the overcoming fear and doubt mantra; it stuck and became part an integral part of the UniverCity story.”

“By early 2001, we were literally hanging on by our fingernails,” explained Stephens. “At the time, it was Patrick Condon who said…“if we fail, it will be a generation before anyone will even have the opportunity to try again; so we must not fail”…Well, we did not fail! And because we succeeded with East Clayton and UniverCity, those hard-fought successes have ultimately made it possible to change land development practices to capture rain where it falls.”

To read more about the history of overcoming fear and doubt to implement changes in infrastructure standards, please click here. Also, click on this link to Burnaby Mountain Sustainable Community: Overcoming Fear and Doubt, and Managing Stormwater at the Source to download a copy of the paper that was presented at the Watershed 2002 Conference. Organized by the Water Environment Federation, the 2002 conference was held in Fort Lauderdale, Florida.

The Burnaby Mountain experience is highlighted in the book Dancing with the Tiger: Learning Sustainability Step by Natural Step, written by Brian Nattrass and Mary Altomare in 2002.

Kim Stephens served as an infrastructure advisor, first to Simon Fraser University and then to UniverCity, from 1979 through 2002. During this period, he was also Project Manager for the inter-municipal Stoney Creek Integrated Stormwater Management Plan. Because Simon Fraser University is situated at the top of the Stoney Creek drainage system, the Stoney Creek plan established the rainwater management criteria and set the bar for the community development that has followed at UniverCity.

The Stoney Creek plan was the pilot for ISMPs (Integrated Stormwater Management Plans) in the Greater Vancouver region, and was awarded the 2000 Environmental Award by the Association of Professional Engineers of British Columbia. For context, please click on the following link to download Still Creek-Brunette River Information Sheet #1 – Stormwater Management at a Watershed Scale , published in Summer-Fall 2001.

According to Chris Hartman, “Once we got involved in the Showcasing Innovation Series, we decided to address two aspects of this complete, compact community: first, why we are green; and secondly, what we are doing to implement green infrastructure, both now and in the future.”

” In terms of the why part, there are three dimensions…zoning, infrastructure and consumer demand for green,” continued Chris, “When we say infrastructure, we mainly mean the rainwater/stormwater system.”

The core program comprised a set of four cascading presentations that described past, present and future initiatives. Please click on the links below to access the PowerPoint slideshow for each segment. The walkabout provided an opportunity for participants to learn about the Verdant building.

Heather Tremain told the story of the project. According to Heather, “The many innovative environmental features in Verdant include the strategies utilized to ensure a greater than 60% increase in energy efficiency.”

“The Verdant building is also a non-market project that was built for SFU faculty and staff with an innovative land transfer and sales component that will ensure affordability throughout the life of the project,” reported Chris Hartman.