ACHIEVING WATER BALANCE: “The key concerns between the water and energy industries are the same; and the issues are similar. One difference is that the energy industry tackled demand management much sooner than the water industry,” stated Dr. Bob Wilkinson, University of California, when he introduced the Water / Energy Nexus concept at the workshop that launched the Convening for Action in British Columbia initiative (April 2005)

February 20, 2021 - Posted in 2005 Penticton Water OUT = Water IN Workshop, Convening for Action in British Columbia

The “Penticton Workshop” held as an adjunct to the BCWWA Annual Conference in April 2005 was the first regional event organized under the Convening for Action in British Columbia (CFA) umbrella, an element of the Water Sustainability Action Plan for British Columbia, released a year earlier in February 2004.

The workshop was titled “Demand Management Strategies – Achieving Water Balance” – A Workshop on Dealing with Uncertainty and Managing Risk.

An Introduction to the Water & Energy Nexus

There is no formal definition for the water-energy nexus – the concept refers to the relationship between the water used for energy production, including both electricity and sources of fuel such as oil and natural gas, and the energy consumed to extract, purify, deliver, heat/cool, treat and dispose of water (and wastewater) sometimes referred to as the energy intensity (EI).

The concluding presentation about the water/energy nexus was delivered by a special guest – Dr. Bob Wilkinson, Director of the Water Policy Program at the University of California (Santa Barbara).

“We get energy from water, and we use energy to supply, treat and use water. Water use involves significant energy inputs which must be considered. The key concerns between the water and energy industries are the same; and the issues are similar. One difference is that the energy industry tackled demand management much sooner than the water industry,” stated Dr. Bob Wilkinson,

His presentation provided an overview of lessons that the water industry can learn from the energy industry; provided context on the implications of climate change; and introduced the water/energy nexus project that the Canada Mortgage & Housing Corporation (CMHC) had commissioned for the Greater Vancouver region.

The project provided an analysis of the ‘energy intensity’ of water in Vancouver, as well as an initial exploration of opportunities for securing multiple benefits through integrated management strategies.

Download Dr. Wilkinson’s presentation: WATER/ENERGY NEXUS and the ‘Continuum’ for a Resilient Future

He serves on the public advisory committee for California’s State Water Plan and represents the University of California on the Governor’s Task Force on Desalination. He also advises the California Energy Commission on climate research, and has served as coordinator for the climate impacts assessment of the California Region for the US Global Change Research Program and the White House Office of Science and Technology Policy.

Dr. Wilkinson is also a Senior Fellow with the Rocky Mountain Institute, and is a founding member of the California Environmental Dialogue and a founding participant in the Aspen Institute’s The Environment in the 21st Century. He consults for corporations, governments, foundations, and non-profit organizations in the U.S. and internationally.

In 1990, Dr. Wilkinson established and directed the Graduate Program in Environmental Science and Policy at the Central European University based in Budapest, Hungary. He has worked extensively in Western Europe and in every country of Central Europe from Albania through the Baltic States and throughout the former Soviet Union including Siberia and Central Asia. He has also worked in Australia, New Zealand, Japan, South Africa, and China.

“The BC Water Sustainability Committee had a roundtable sharing and learning session with Bob Wilkinson in January 2005. The experience was an Ah-ha Moment such that immediately invited him to participate in OUT = IN  workshop and provide the closing perspective. He promptly accepted, he said, because he was inspired by the work of the committee,” explained Kim Stephens, Program Coordinator, Water Sustainability Action Plan for BC. 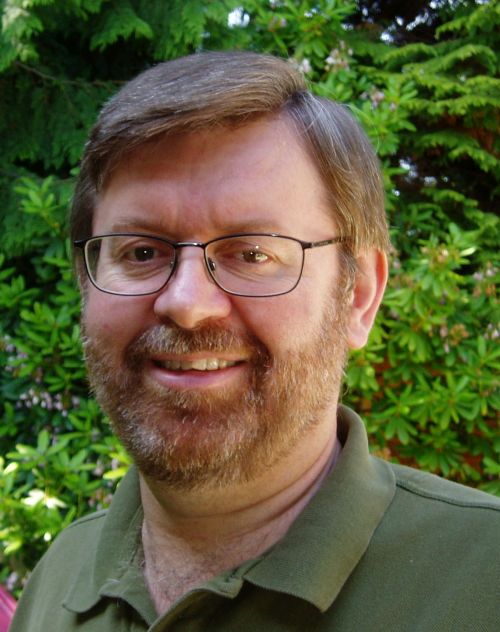 “At the time, he was in Vancouver for meetings with BC Hydro Power Smart and the Canada Mortgage & Housing Corporation because the Metro Vancouver region had been selected as the Canadian case study for an analysis of the water/energy nexus and energy intensity. BC Hydro sits on our steering committee and made it possible for us to connect with Bob Wilkinson.”

“Meeting Bob Wilkinson was our initial exposure to the water/energy nexus concept. In the mid-1990s, he started looking at the issue of how much energy is embodied in a unit of water. This, he explained, is defined as energy intensity. In a typical American city, he informed us, water pumping and wastewater treatment can account for more than half of the total energy use.

“The project objective  for the Canadian case study is to develop a simple spreadsheet tool to help people understand the string of water/energy inputs and therefore the benefits of conservation. Bob Wilkinson emphasized that this is NOT an academic study. The project is structured as a collaborative research effort. An early priority is to convene a workshop that will have three areas of focus: data, methodology and assumptions. Thus, the meeting with our committee provided a first opportunity for Bob Wilkinson to tap into the BC scene.”

“Bob Wilkinson was intrigued by what we are accomplishing under the umbrella of the Water Sustainability Action Plan.  He could see the parallels with what he wished to achieve through partnerships related to the water/energy nexus. His desired outcome is to produce a tool + methodology that would influence public policy. The tool would be free, web-based and downloadable, he said.”

Earlier runoff in the spring is a consequence of climate change.

As illustrated above, the impact is concentrated in southern British Columbia.