RESILIENCY PLANNING DURING A PANDEMIC: “Information technology (IT) finally proved its worth, as the transition to working from home instead of the office was almost seamless, albeit with limitations,” stated CAO Emanuel Machado, when describing the Town of Gibsons response to the life-altering and ongoing COVID-19 emergency situation

The COVID-19 pandemic has resulted in a life-altering moment for every British Columbian. Because the threat to health and life demands it, minds are open to changing behaviour. Thus, an emerging theme is what are the key lessons that can be applied to climate change?

This week, the Partnership for Water Sustainability features an article contributed by Emanuel Machado. “In Gibsons, our response to the emergency has been, primarily, through a climate resiliency lens. Lately, my role resembles more one of Chief Resiliency Officer and less of Chief Administrative Officer,” says Emanuel.

Below, Emanuel Machado sets the stage by first describing impacts that the Town of Gibsons is experiencing. These fall into three categories – economy, mental health and crime rates. He then elaborates on how the Town is responding. His emphasis is on ‘a culture of teamwork’ that has made it possible to create staff teams that will ensure continuity of service in the months ahead. 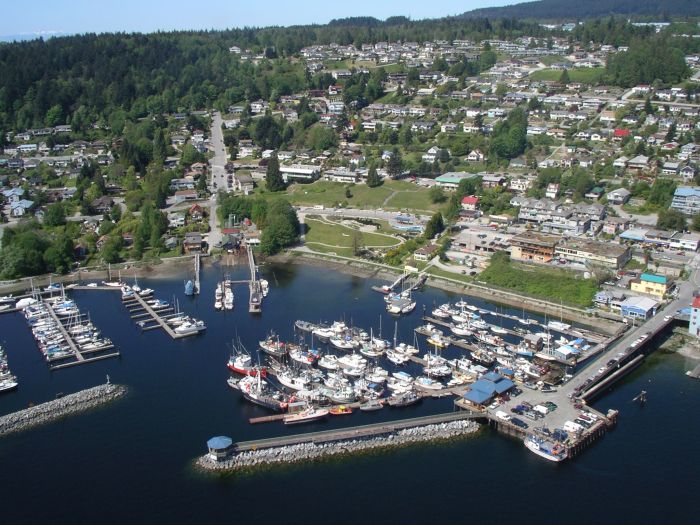 Aerial view of the Town of Gibson and harbour

Is COVID-19 an economic, environmental or a social (medical) pandemic?

“The Town of Gibsons recently applied a resiliency framework that works as a dashboard to identify, prioritize and budget projects and initiatives to increase Gibsons’ resiliency to climate change impacts, including global events, which are expected to become more common,” reports Emanuel Machado.

“In our resiliency framework, Emergency Planning is identified as an area of focus and includes recommendations to update programs to support neighbourhood preparedness to deal with natural or human-induced disasters.

“We had barely identified that as an action, and here we are dealing with an extremely serious situation, affecting everything and everyone we know. I wanted to share some thoughts about what I have observed in terms of our local government’s response to this on-going situation.”

What Are the Impacts in Gibsons?

“Costs of wages and benefits are expected to be higher, at least in the short term, due to overtime costs, increased technology to support staff and Council working from home, physical separation requirements, illness and loss of productivity.

“Pressure to delay property taxes and utility fees are mounting and local governments are looking to the province for direction on a possible tax deferral. Without revenues, however, local governments will be unable to pay their bills or maintain basic services.

“At the community level, businesses are struggling to continue providing essential supports such as medicine and food, daycare, transit and the transportation of goods, while attempting to ensure the health and safety of their staff and the public.

Despite some of those challenges, many local organizations and individuals in the community have stepped up to provide new services and new ways of doing business to ensure that critical services are continued, which demonstrate community resilience.

“One way the Town of Gibsons is contributing to the Sunshine Coast’s community response effort was by creating a Business Watch Program, which will relies on community volunteers to patrol business areas after-hours in support of bylaw enforcement and community policing.

“A rise in social anxieties is noticeable at home, at work and in the community – and could explain the noticeable increase in property-related crime, domestic violence and mental health-related calls being reported by the RCMP and other police forces.” 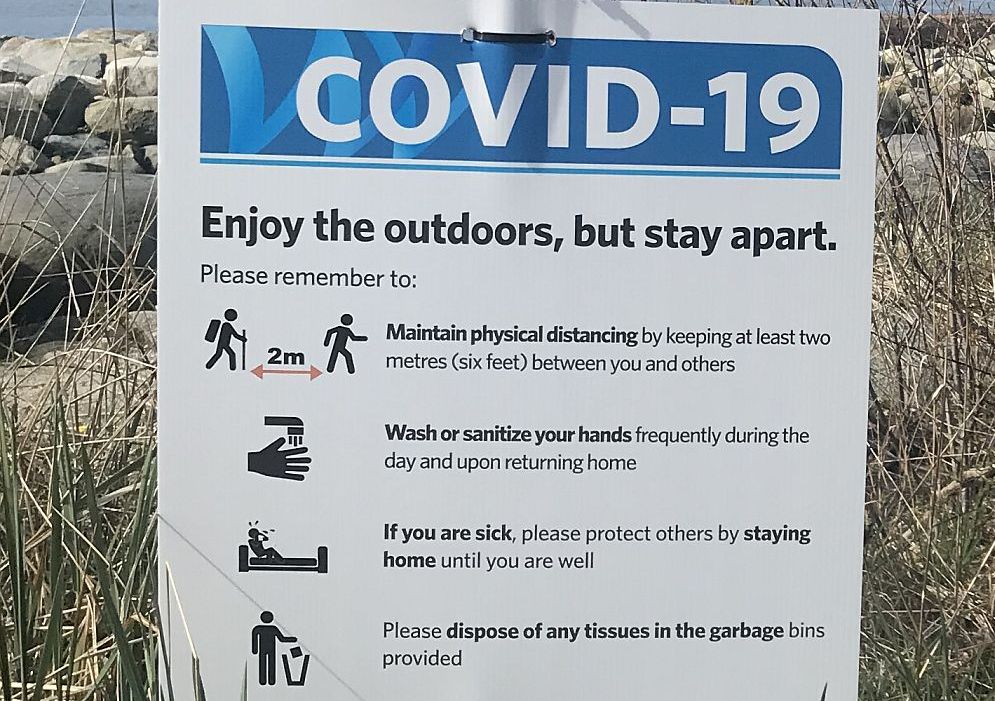 How Are We Responding?

“What has been reassuring from day one, is that the provision of essential municipal services, such as water and sewer appear to be resilient to a pandemic, as we and other communities continue to provide those services without interruption.”

“On the Sunshine Coast, we have benefited from the existence of a plan and structure to help the region manage its response to the pandemic. The coordinated response, via an Emergency Operations Centre set-up for that purpose, has been particularly helpful in ensuring unified communications and action planning.

“Municipal leaders and staff from various communities actively participated in the different roles and as a result, we have increased our region’s capacity to support the work now and in future events. Many other agencies and utilities participate as well.”

A Culture of Teamwork

“Because of the way in which this pandemic has significantly affected virtually everyone, human resources have generated many questions and concerns. In response, and in close consultation with our labour union, benefits providers and others, we have done our best to provide timely responses and solutions to our staff.

“Part of the concern with COVID-19 is that if too many staff get sick at once, we will not be able to deliver the services the community requires. One key response was to create a series of staff teams, and to operate as follows:

“With the new scheduling protocol in place, many people will be spending increased periods of time at home and perhaps seeking additional ways to stay mentally stimulated. Therefore, for example, we established employee access to LinkedIn Learning, an online learning platform which offers subscribers access to literally thousands of courses, from photography to business to design.”

“On top of enhanced health and safety measures to protect workers, contractors and the public, the Town has also conducted Critical Failure Testing on its key infrastructure in the water and sewer utilities. Contingency plans were then developed for the scenarios identified.

“Business continuity was our focus when, in a matter of a few days, we eliminated nearly all direct interactions with the public, and between co-workers, and began offering online and phone support to homeowners, builders and developers. Building and development permit applications continue to be received and processed.

“Information technology (IT) finally proved its worth, as the transition to working from home instead of the office was almost seamless, albeit with limitations. Despite concerns about data security, privacy and productivity, many of the changes we have introduced are likely to be used more regularly in the future, once the situation has improved.

“Unfortunately, a real possibility is that we might be faced with having to manage other disasters, such as floods and, soon enough, wildfires, while the current one is still active. In those scenarios, we anticipate that our human resources would be highly stretched to respond. We continue to plan for those eventualities.”

View looking over Gibsons in the direction of Vancouver Island.

“In March, I travelled to Africa to share Gibsons’ approach to natural asset management. This was part of an exchange between Canada and South Africa, via the Federation of Canadian Municipalities, to support local governments in work on asset management and climate change planning,” continues Emanuel Machado.

“During the trip, I found inspiration in the capacity and commitment of municipal leaders in South Africa. This has been helpful with putting the recent changes that have occurred in Canada into perspective. Not only are our South African colleagues dealing with the effects of COVID-19, but also with mass migration, corruption, and extreme violence. According to them, however, it is climate change impacts and the imminent collapse of governance and democracy that they fear most.

“I remain hopeful that we will get through this experience and emerge stronger as individuals, as an organization and as a community.”

Even limited exposure to nature promotes health and wellbeing.

The Role of Natural Assets during a Pandemic

“During this rapidly changing times, public policy has had to catch up to its new realities. In an effort to assist with the containment of the virus, public gatherings have been discouraged and people have been asked to practice physical distancing of at least two (2) meters. However, there are concerns about the physical and mental health impacts of long-term isolation.

“The Town and others have been trying to find the balance between encouraging people to keep their distance from others, while also promoting healthy activities, such as walks in the woods, trails and other greenspace. There is an abundance of evidence which shows even limited exposure to nature promotes health and wellbeing.

“These ecosystem benefits provided by the Town’s natural assets, are in addition to other core municipal services – such as drinking water storage and filtration, rainwater storage and conveyance, and slope stabilization.”

Gibsons is a Global Leader

In the summer of 2014 the David Suzuki Foundation hailed Gibsons as “the first municipality in North America, and possibly in the world, to consider nature as an asset and give natural assets the same consideration as traditional capital assets.”

The Town of Gibsons’ groundbreaking commitment to operate, maintain and replace its natural assets, such as wetlands and forests, just as it does traditional capital assets, such as roads and sidewalks emphasizes that nature comprises its own distinct asset class central to the town’s municipal asset management policy.

The Town recognizes that the natural services provided by these systems in the form of rainwater management, flood control and water purification have tangible value to the community equal to that of the engineered infrastructure.

The Shifting Baseline Syndrome is an underpinning theme that connects Emanuel Machado’s reflections with recent articles published by the Partnership. While ecological decline in urbanized areas has been incremental and imperceptible over multiple generations, an optimistic view is that we can Bend the Curve in the opposite direction. But this would require a prevoyant guiding philosophy, political will and commitment by all.

NOTE: The French word ‘prevoyant’ means ‘the power of a prepared mind to act upon chance events in a world of deep uncertainty’. has no English equivalent.

The COVID-19 response in British Columbia demonstrates all three – a prevoyant guiding philosophy, political will and commitment by all. Simply put, when there is a will, there is a way. Lookiing beyond the immediate emergency response, the goal of shifting to an ecologically functioning and resilient baseline and creating a creekshed legacy would ultimately depend on the nature of change to standards of engineering, planning and financial practice.