OKANANGAN ‘FROM RAIN TO RESOURCE WORKSHOP’: “The strategy for putting down topsoil to capture rainfall in the wet weather months is the same strategy for water conservation,” stated Ted van der Gulik when he described how to move from awareness to action and embrace a new culture as described in Beyond the Guidebook 2010 for achieving water sustainability (October 2010)

2010 was a ‘watershed year’ for the Water Sustainability Action Plan, with outreach taking place at 10 major events in three regions, to provide peer-based learning for Living Water Smart, Building Greener Communities, and Adapting to a Changing Climate. The ninth of these events was a 2-day workshop in October 2010, held in Kelowna and co-hosted by the Okanagan Basin Water Board (OBWB) and the BC Water & Waste Association (BCWWA)……

2010 From Rain to Resource Workshop

The workshop provided a unique opportunity for municipal engineers and planners and elected leaders to participate in a shared learning experience. The workshop format and content was designed to facilitate a common understanding between technical and policy people of the issues and solutions around rainwater management.

The workshop was the sixth in a series of regional events at which Beyond the Guidebook 2010, released in June of that year, was rolled out to celebrate the efforts of local governments to implement ‘design with nature’ practices.

The workshop attracted delegates from around British Columbia. The program content relied heavily on the participation of local governments and others from Vancouver Island and Metro Vancouver.

The Action Plan team and others provided practical examples of innovative rainwater and stormwater management techniques that could be implemented in the Okanagan.

Summary Report on Managing Stormwater in a Changing Climate

In February 2011, the Okanagan Basin Water Board released a report that summarizes a comprehensive set of 16 recommendations that came out of the workshop. These are organized under five categories. The report also provides an overview of the topics and case studies that were presented.

To download a copy of the Summary Report, click on From Rain to Resource 2010: Managing Stormwater in a Changing Climate.

To review the complete list of recommendations plus the supporting rationale for each, click on Key Recommendations: Using Rain as a Resource.

To read the complete set of story of stories posted elsewhere on the Convening for Action community-of-interest, click on 2010 From Rain to Resource Workshop

Watch Kelowna Mary Sharon Shepherd connect the dots to Beyond the Guidebook 2010 (8:40 minutes)

“Since I have been advocating for improvements to our watersheds I have witnessed many groups in the Okanagan working together in developing a clear plan for water sustainability,” stated Mayor Sharon Shepherd in providing her perspective on Beyond the Guidebook 2010.

“It is essential that we continue to promote the efficient use of water using the best conservation techniques and at the same time strengthen local and provincial environment policy that would protect the very important watersheds that are under constant pressure for other uses.” 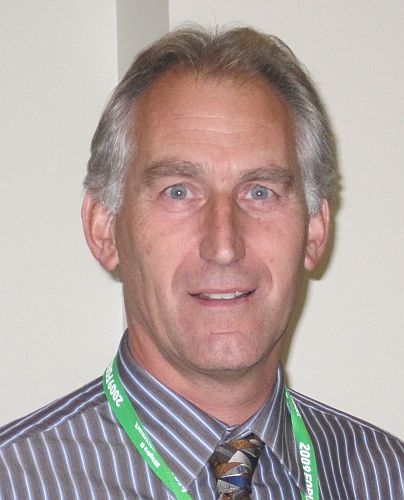 “One summer day, as I was on my way to a meeting about the Water Balance Model, I was listening to a discussion on the radio about water conservation. The subject of my meeting that day was rainwater management and the importance of putting water back into the ground for stream protection. As I listened to the radio, it struck me that the same solution applies to water conservation and drought management,” stated Ted van der Gulik.

Download a PDF copy of the PowerPoint presentation by Ted van der Gulik on Beyond the Guidebook 2010.