May 14, 2017 - Posted in articles for period 2004 thru 2010, Tools and Resources, Water Sustainability Action Plan for British Columbia

Built and Natural Environments are Connected: So, Design with Nature!

The GIP was one of six elements that made up the Water Sustainability Action Plan for British Columbia, released in February 2004.  The six elements holistically link water management with land use, development and resource production.

“Under the umbrella of the Water Sustainability Action Plan, the GIP mission was to facilitate implementation of infrastructure practices and regulation province-wide that

embody a ‘design with nature’ way-of-thinking and acting,” states Kim Stephens, a founding member of the GIP Steering Committee and currently Executive Director, the Partnership for Water Sustainability in BC.

“An over-arching goal of this approach is to protect and/or restore the natural environment by improving the built environment. This is the essence of why we design with nature.”

“In recent decades, the British Columbia landscape has been transformed by settlement and economic growth. While the province has been experiencing enhanced social and economic well-being, it has also experienced avoidable cumulative environmental impacts. The latter are due to pressures on land and water resources.

“The desire to mitigate environmental impacts has provided a driver for a ‘green infrastructure’ movement that is water-centric and is founded on a natural systems approach.

“Through implementation of ‘green infrastructure’ policies and practices, the desired outcome is to apply what we have learned at the site scale over the past 10 to 15 years…so that we can truly protect and/or restore stream health in urban watersheds,” concludes Kim Stephens.

“Two complementary strategies can ‘green’ a community and its infrastructure: first, preserving as much as possible of the natural green infrastructure; and secondly, promoting designs that soften the footprint of development,” wrote Susan Rutherford in 2007. At the time, she represented West Coast Environmental Law (WCEL) on the GIP Steering Committee.

“Green infrastructure design is engineering design that takes a ‘design with nature’ approach, to both mitigate the potential impacts of existing and future development and growth and to provide valuable services.”

“The Guide’s purpose is to encourage successful designs, by reporting on what the legal and policy strategies are, what some of the implementation hurdles (and solutions) have been, and how they have been effective in achieving sustainability goals.

“The intent is to support the efforts of local government officials and decision-makers to green their community’s infrastructure, by sharing the tools and the collective wisdom that have been gained as a result of implementation experiences from around the province.” 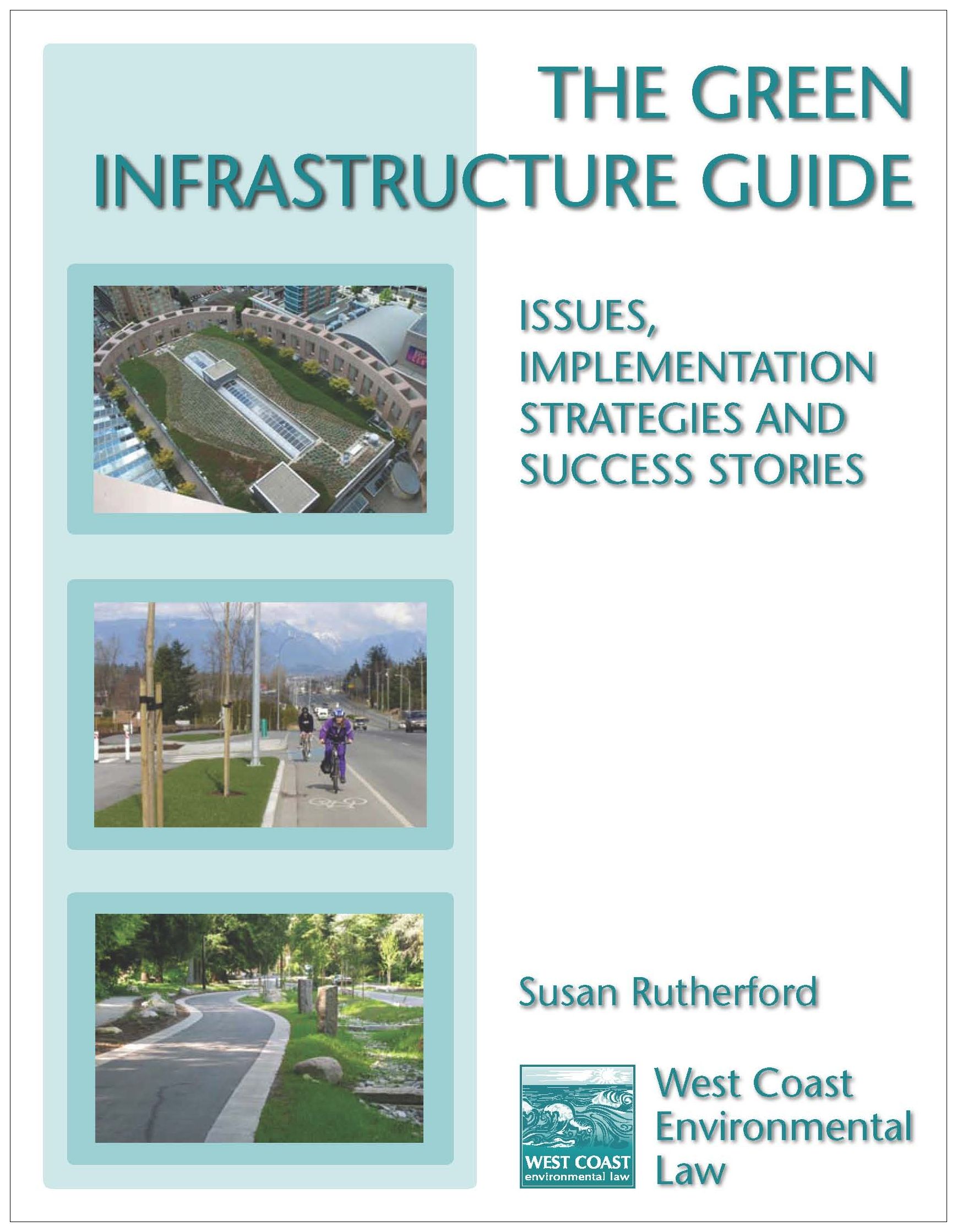