Vision for a Model Subdivision Bylaw and Green Infrastructure Standards

The GIP was one of six elements that made up the Water Sustainability Action Plan for British Columbia, released in February 2004.  The six elements holistically link water management with land use, development and resource production.

Implementation by local governments will be voluntary, but once the decision is made to embrace green infrastructure, implementation will be by regulation. This will be a multi-step process. The first step will be the creation and dissemination of an optional ‘Green Supplement’ to the Master Municipal Construction Document Association (MMCD) Design Guidelines.

A workshop on May 11th 2004 provided an opportunity to introduce the Green Infrastructure Partnership to a selected provincial audience.

The 2004 consultation event also provided the opportunity to test and validate the direction in which the GIP was heading. Participants included pioneer practitioners and/or  advocates of emerging green infrastructure practices.

The primary purpose of the 2004 consultation was to explore the diversity of issues and difficulties inherent in defining and implementing a green infrastructure approach to land development. 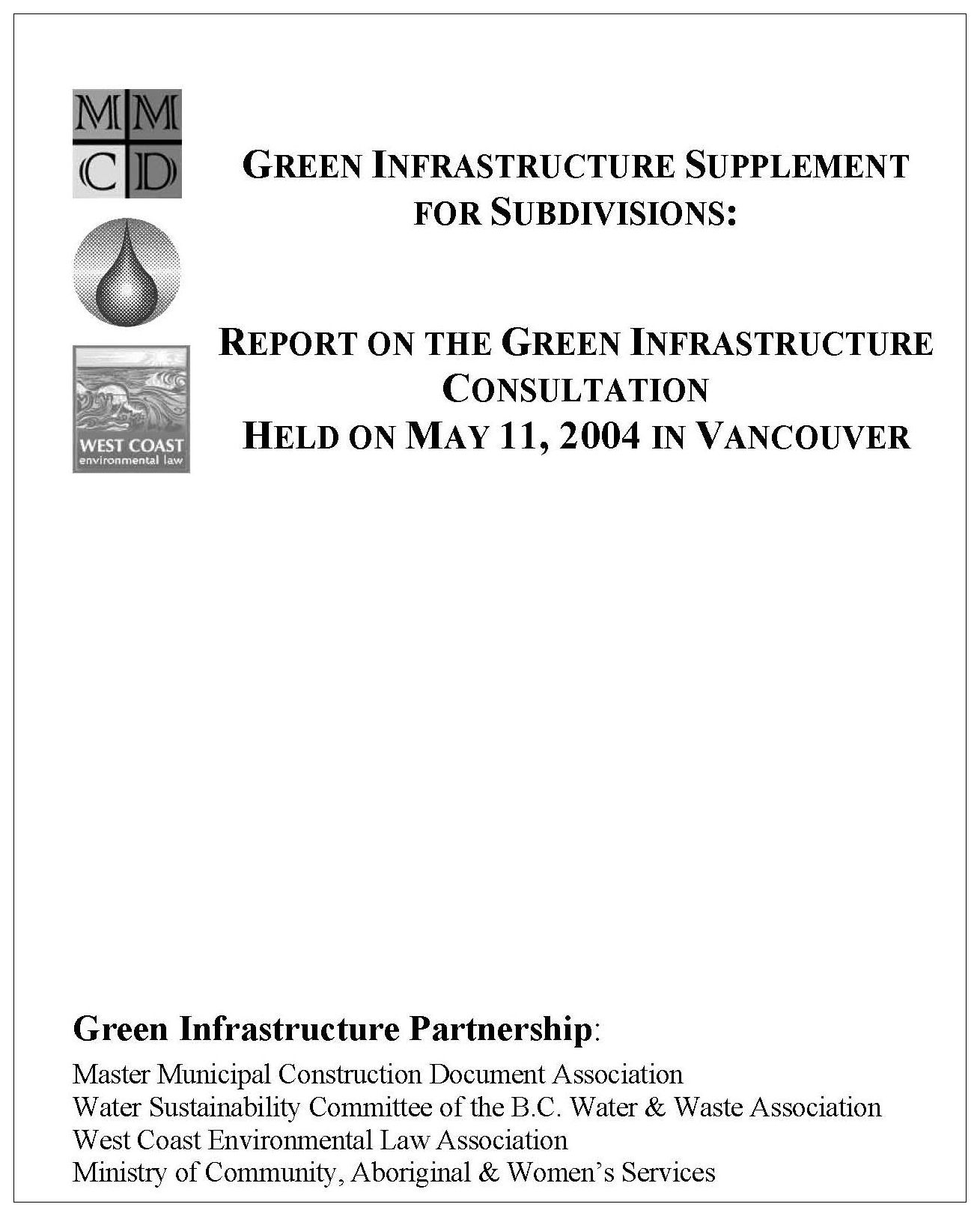