MISSION POSSIBLE: “Major breakthroughs happen when decision-makers in government work with grass-roots visionaries in the community,” stated Eric Bonham, founding member of the Partnership for Water Sustainability in BC

More than a decade ago, the Province of British Columbia made a conscious decision to follow an educational rather than prescriptive path to change practices for the use and conservation of land and water.

Practical research and new tools are now enabling engineers, planners and other disciplines to do business differently.

The Water Sustainability Action Plan for BC promotes settlement change that is in balance with economy and ecology.

Use of the phrase ‘design with nature’ is facilitating a paradigm-shift in the local government setting.

Top Down and Bottom Up Approach

“Major breakthroughs happen when decision-makers in government work with grass-roots visionaries in the community to create the future desired by all,” stated Eric Bonham.

A former Director in two provincial government ministries, he is a founding member of the Partnership for Water Sustainability in BC.

According to Eric Bonham, collaboration grows from a shared vision about the future and commitment to action:

Collectively this is what we want to incrementally achieve and, over time, this is how we will work together to get there

“This is the ‘top down and bottom up’ approach.”

“It is about turning the whole game around to ‘design with nature’ as a consistent approach to development and redevelopment, urban infrastructure practices, and protection/restoration of stream and watershed health.”

A fifth ingredient is patience. It takes time to incrementally change the practitioner culture in the local government setting and implement a new way of doing business.

Released in June 2010, Beyond the Guidebook 2010: Implementing a New Culture for Urban Watershed Protection and Restoration in British Columbia describes how a ‘convening for action’ philosophy has taken root in BC. 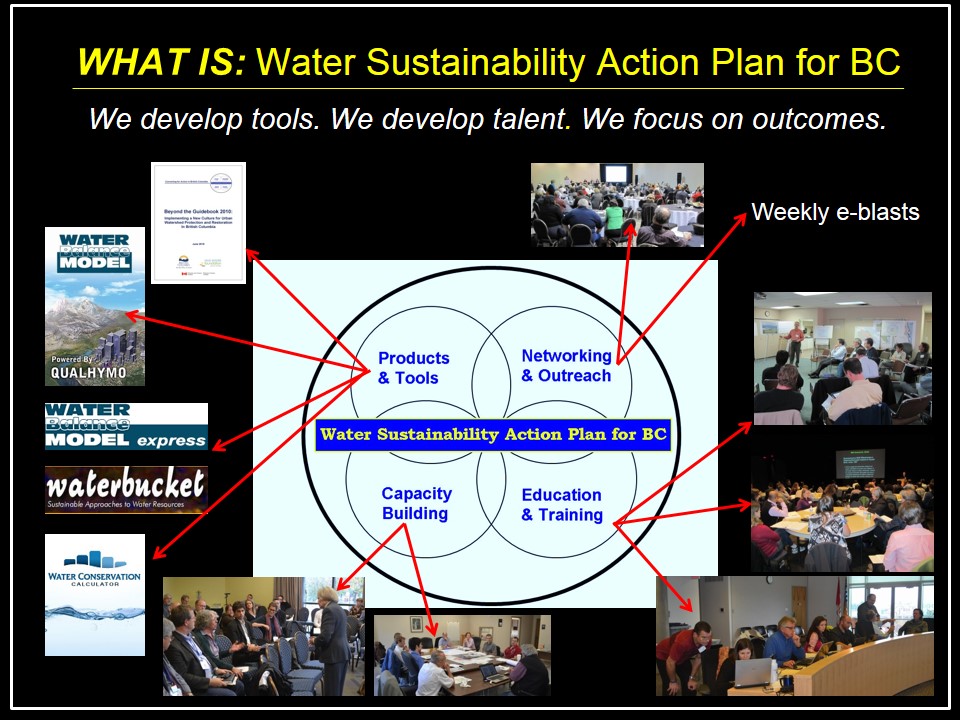