“My presentation provided an overview of the Delta Irrigation System components which is used by the farmers in Delta,” stated Hugh Fraser. “The Irrigation Enhancement project was conducted to provide compensation for the lost agricultural land related to the South Fraser Perimeter Road construction.”

“Delta has ongoing salinity monitoring program which is tied to the irrigation system operation and monitoring through the SCADA system. The Fraser River water quality is continually monitored at 4 intake locations along the river.”

“The Water Survey of Canada data is used to monitor the Fraser River flows. Furthermore monitoring is conducted throughout the ditch system by staff using portable conductivity meters.  Further work is planned over the next couple of years to improve our understanding of the Fraser River salinity by installing monitoring at several more locations.”

“In summary, the work to date has found that the salinity is acceptable at the main intake location with Fraser River flows as low at 2000 m3/s. However, at Westham Island, once the Fraser River flow at Hope drops below 4000 m3/s the river water quality is not acceptable for agricultural use.”

“Future improvements to the monitoring of Fraser River flow and water quality should assist in improving the overall understanding of  irrigation river water quality for agricultural producers.

Download Irrigation System Operation and Salinity Monitoring in the Fraser River to view a PDF copy of the PowerPoint presentation by Hugh Fraser, Deputy Director of Engineering with the Corporation of Delta Municipality.

Hugh Fraser’s recent major projects include the South Fraser Perimeter Road, assisting with implementation of the Delta Irrigation Enhancement Project, and Delta’s Flood Protection Improvement Strategy.  He is a member of Delta’s Dike and Drainage Committee and Delta’s Climate Change Working Group.  He was the chair of the APEGBC Mentoring Committee from 2001 until 2010. 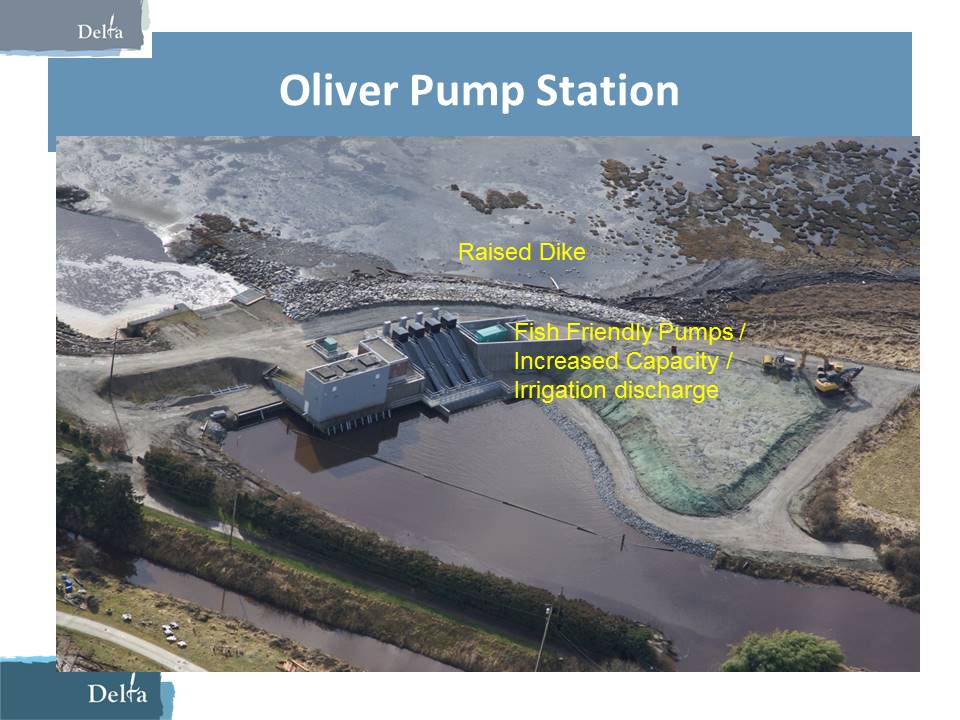