FLASHBACK TO 2012: Historical perspective on the first 5 years of the “Beyond the Guidebook Initiative”, released by the Partnership for Water Sustainability in conjunction with provincial government announcement 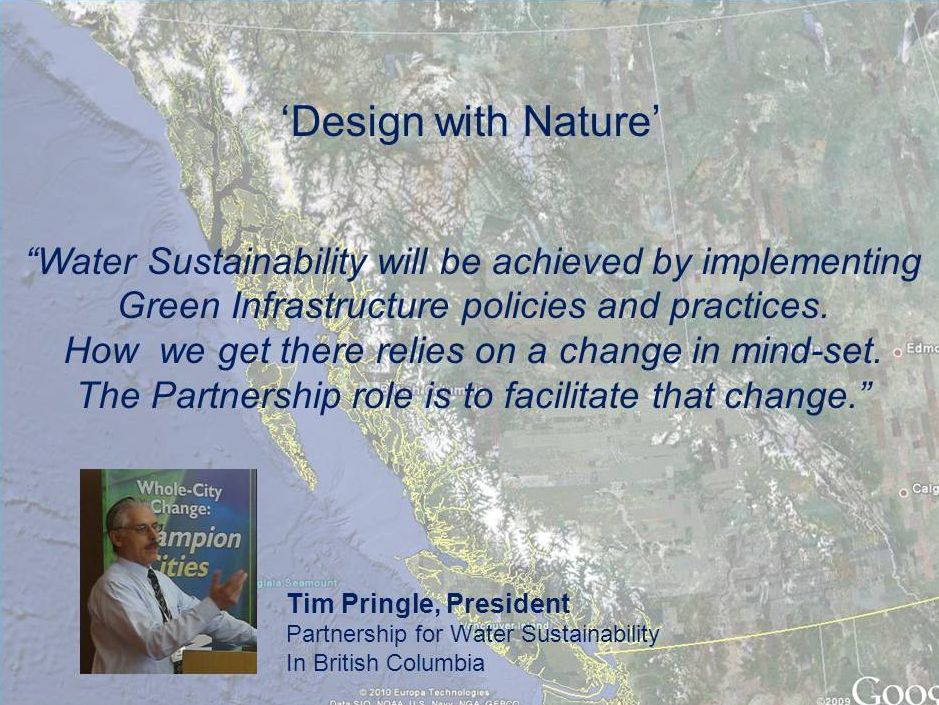 Beyond the Guidebook: Implementing a New Culture for Urban Watershed Protection and Restoration in BC

“In 2002, Stormwater Planning: A Guidebook for British Columbiaadvanced this provocative premise: land development and watershed protection can be compatible,” stated Peter Law, Chair of the inter-governmental Guidebook Steering Committee (2000-2002). Formerly with the Ministry of Environment, Peter Law is a founding Director of the Partnership.

“This radical shift in practitioner thinking resulted from recognition of HOW a science-based understanding could bridge the gap between high-level policy objectives and site design practices. The Guidebook formalized the Water Balance Methodology for rainfall capture and runoff control. And it set the stage for defining water sustainability as an outcome of green infrastructure policies and practices.”

“Over the next five years, British Columbia practitioners became comfortable with what ‘rainfall capture’ meant in practice. By 2007, it was time to focus attention on how to truly protect and/or restore stream health in urban watersheds. The evolution in watershed thinking was captured in Beyond the Guidebook: Context for Rainwater Management and Green Infrastructure in British Columbia, released in June 2007,” continued Kim Stephens, Partnership Executive Director.

“Beyond the Guidebook addressed the relationship between volume control (rainfall capture) and resulting flow rates in streams; and correlated stream health with stream erosion. In February 2009 the Ministry of Community Development sent out a circular that brought the Beyond the Guidebook initiative to the attention of all Municipal and Regional District Chief Administrative Officers, Engineers and Planners.”

“Beyond the Guidebook was released in June 2007 as a guidance document…. (and) supports and/or complements other provincial initiatives, notably: Living Water Smart, the Green Communities Project and A Guide to Green Choices. Collectively, these initiatives establish expectations that, in turn, will influence the form and function of the built environment in general and green infrastructure on the ground in particular,” wrote Glen Brown, Executive Director and Deputy Inspector of Municipalities. Today, he is General Manager (Victoria Operations) with the Union of BC Municipalities.

Beyond the Guidebook 2010 –
How Change is Being Implemented

“Third in the series of guidance documents was Beyond the Guidebook 2010: Implementing a New Culture for Urban Watershed Protection and Restoration in British Columbia. Released in June 2010, Beyond the Guidebook 2010 describes how a ‘convening for action’ philosophy has taken root in British Columbia. The formal rollout commenced in September 2010 at the Annual Convention of the Union of BC Municipalities with a co-presentation by Glen Brown and Raymond Fung (Chair, Green Infrastructure Partnership). They represented the provincial and local government perspectives, respectively,” reported Kim Stephens.

There is No Short-Cut

“People learn through stories. Beyond the Guidebook 2010 is the ‘telling of the stories’ of how change is being implemented on the ground in British Columbia. These stories demonstrate that the practitioner and community culture is changing as an outcome of collaboration, partnerships and alignment. Case study experience presented in Beyond the Guidebook 2010 clearly shows that a new land ethic is taking root in British Columbia. Changing the culture requires a process. This takes time to complete. There is no short-cut,” concluded Kim Stephens.

are things that we in local government can do. We need to choose to be enabled,” stated Ray Fung. 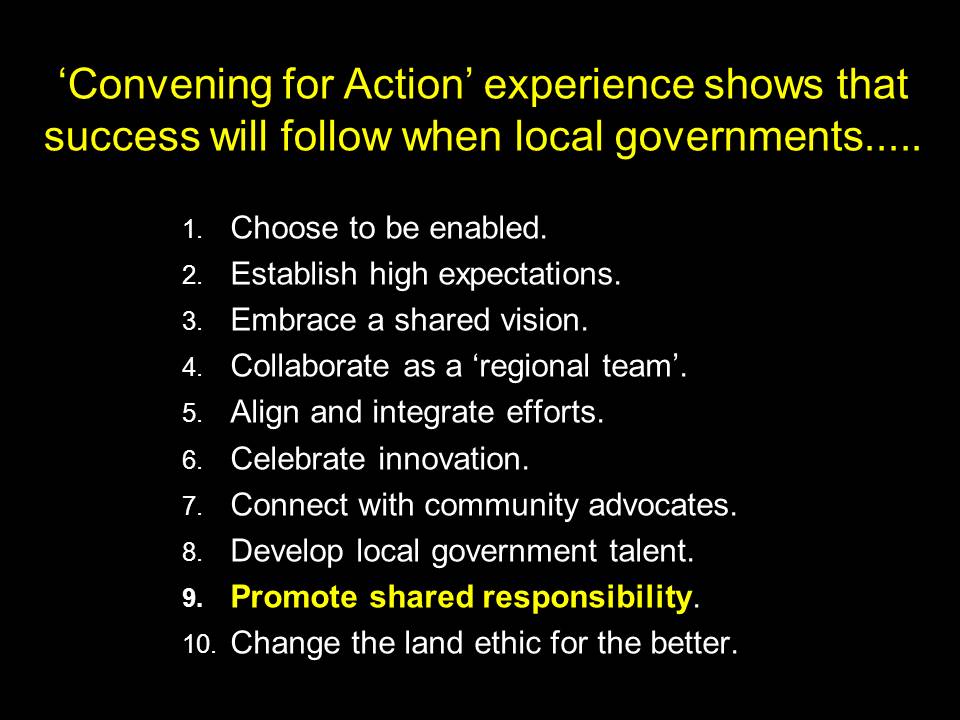 Download Partnership for Water Sustainability aligns efforts with Ministry of Environment to advance the “Beyond the Guidebook” initiative This report-style document comprises two stand-alone yet interconnected parts.

The first part is an announcement about Partnership collaboration with the Ministry of Environment. The second part traces the history of the “Beyond the Guidebook” initiative which the Partnership is leading.