The drought that extended this past winter, spring and summer (2015) from Vancouver Island to Manitoba and from Mexico to the Yukon suggests we may be crossing an invisible threshold into a different hydro-meteorological regime in Western North America. This would have huge consequences for water security.

In December 2015, The Province newspaper published a front-page story titled: Brace for Another Drought Crisis. 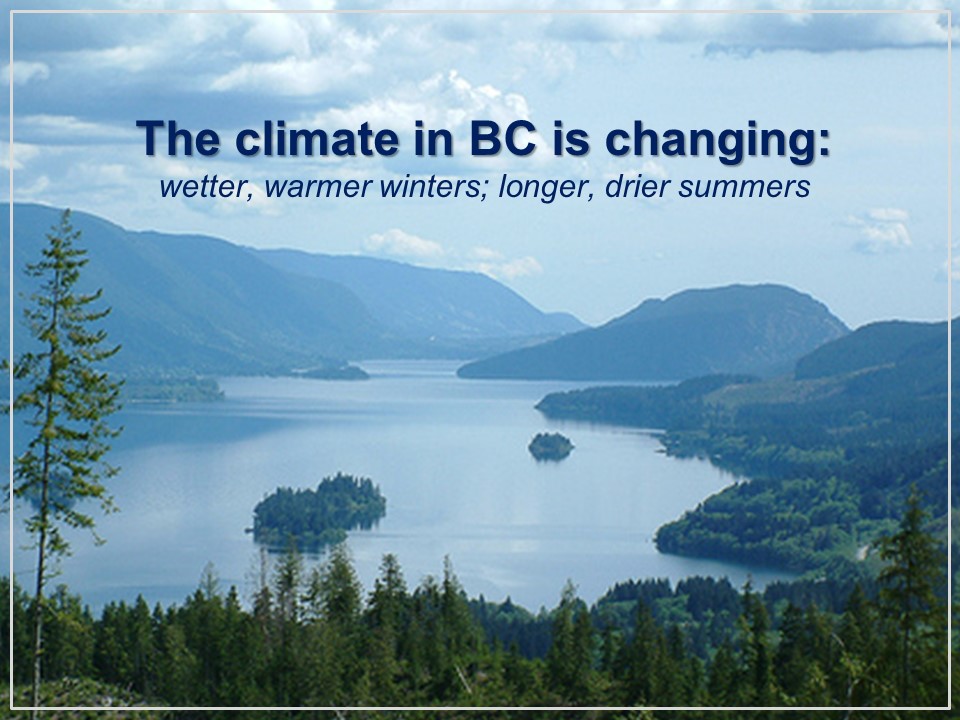 “Despite the current deluge of rain and snow, Vancouverites could well be facing another drought crisis this summer,” wrote Kent Spencer in a front-page story published by The Province newspaper on December 18, 2015. The article draws on the exerience of four British Columbians to provide a perspective on what to expect:

“In a nutshell, the issue and concern can be summarized in four points: Southwest BC dodged a bullet this past summer (2015); there have been past crises; there is a repeating pattern; and increasing water supply storage is problematic,” summarizes Kim Stephens.

“Years in which Metro Vancouver and the east coast of Vancouver Island have experienced storage (and therefore) supply challenges are years in which lake water levels had drawn down prematurely due to an early snowmelt in combination with warm weather. Provision of water supply during droughts is further aggravated by a growing provincial population, one that has doubled in less than 50 years to the current 4.6 million.”

“If one thinks about it, the equation is a simple one to project how long a drought that a region can make it through: divide the total volume of storage by the volume used per day = number of days of storage. As the population grows, stretching the daily allocation means each household must use less. And if a drought lasts longer than in the past, the daily allocation must be further stretched.” 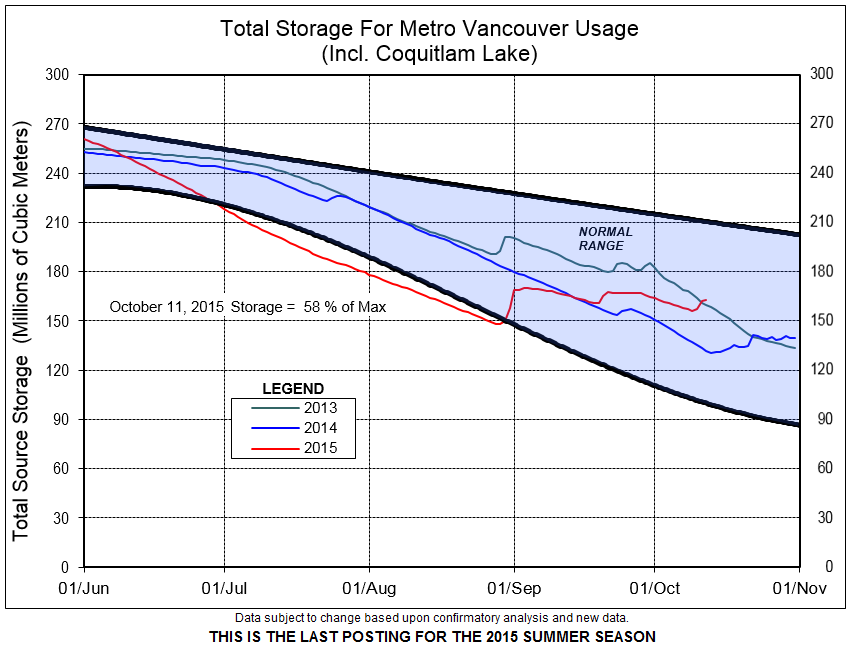 Impact of a Changing Climate on
Storage-Constrained Systems

“In other regions, notably California, they think of droughts in terms of number of years. In the Georgia Basin (Southwest BC), we measure droughts in terms of number of months,” says Kim Stephens. “As we have increasingly experienced in recent decades, three months versus either four or five months of essentially rain-free weather makes a material difference from a water supply perspective.”

“The reason is that we are storage-constrained in BC. The province is 85% mountainous. There are relatively few locations to provide seasonal storage. We are not able to store what we potentially might need. As a result, we are vulnerable unless we are water-wise.”

“Another difference between BC and other regions is scale. Yes, the province is a large land mass. But our sources of water supply are comparatively small-scale. In other regions, such as Alberta, they typically draw their water supply from major watershed systems such as the Bow River.”

“In the Georgia Basin and elsewhere in BC, we generally rely on relatively small tributary systems. Metro Vancouver’s Capilano and Seymour watersheds are not particularly ‘large’ systems. In engineering terms, in BC we have small margins of safety in the event of extreme occurrences such as the 2015 drought. This means water storage systems have limited resiliency to adapt to a changing climate.”

“The drought of 1987 is literally a watershed year. Something changed. In the past three decades, we have been  experiencing drought periods of up to five months. In 2015, we were on track for an unprecedented 6-month drought until we had several days of heavy rain in August and storage reservoirs stabilized.” 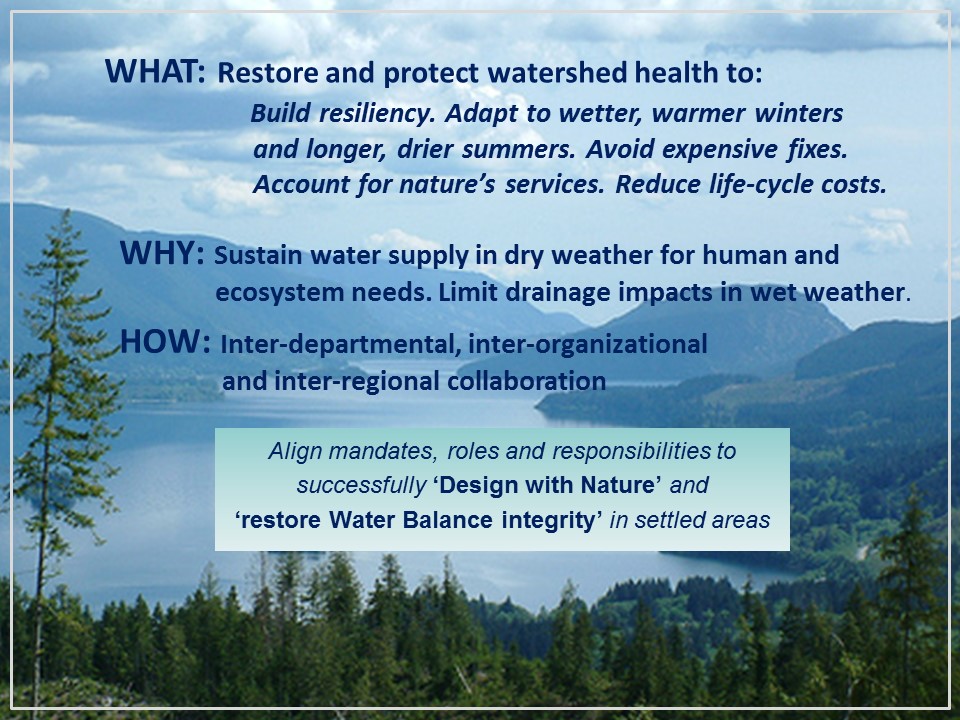 “This past summer, local government water managers throughout Southwest BC were telling me that watershed conditions were so dry that there was simply no inflow to water storage reservoirs as the drought progressed. There were a lot of worried folks by late July when there was no end in sight to the drought and it appeared that we were about to experience an unprecedented 6-month period with almost no rain. There is no Plan B once the reservoirs are empty.”

“Communities in southwest British Columbia dodged a bullet in 2015. The clock is ticking. Communities need to leverage this teachable year and seize opportunities to change how the water resource is viewed and managed,” concludes Kim Stephens. 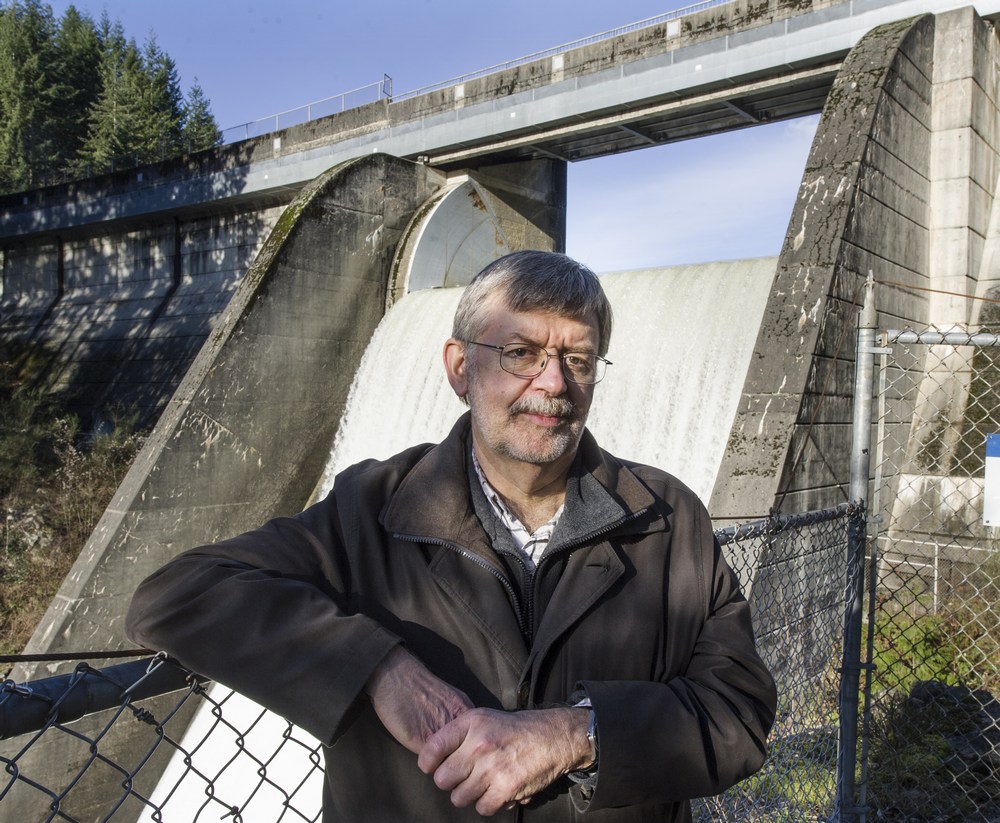 An engineer-planner, Kim Stephens has four decades of experience. This covers the spectrum of water resource and infrastructure engineering issues and applications, from master planning and modelling to implementation of capital projects.

He specializes in public policy and has had a leadership role in a series of initiatives in British Columbia related to water conservation, watershed sustainability, rainwater management and green infrastructure.

In 2003, Stephens was asked by the Province to lead development of theWater Sustainability Action Plan for British Columbia, released in 2004. Ever since, he has been responsible for Action Plan  program delivery and evolution. This has been accomplished through partnerships with local governments and others.

Kim Stephens has received international recognition for his pioneering efforts. He has been invited to speak on ‘the BC experience’ and make keynote presentations at forums in Australia and throughout North America. In March 2015, for example, he was asked by US Senator Patrick Leahy of Vermont to provide inspirational remarks at the 2nd Leahy Environmental Summit in Burlington, Vermont. In August 2016, he and London Mayor Boris Johnson will be keynote speakers at Stormwater ’16 in Queensland, Australia.

The impact of a changing climate is illustrated by the two images below. These show the consequences of warmer, wetter winters. There is a progressive reduction of the snowpack which has historically sustained streamflow into storage reservoirs through the late Spring and early Summer period. 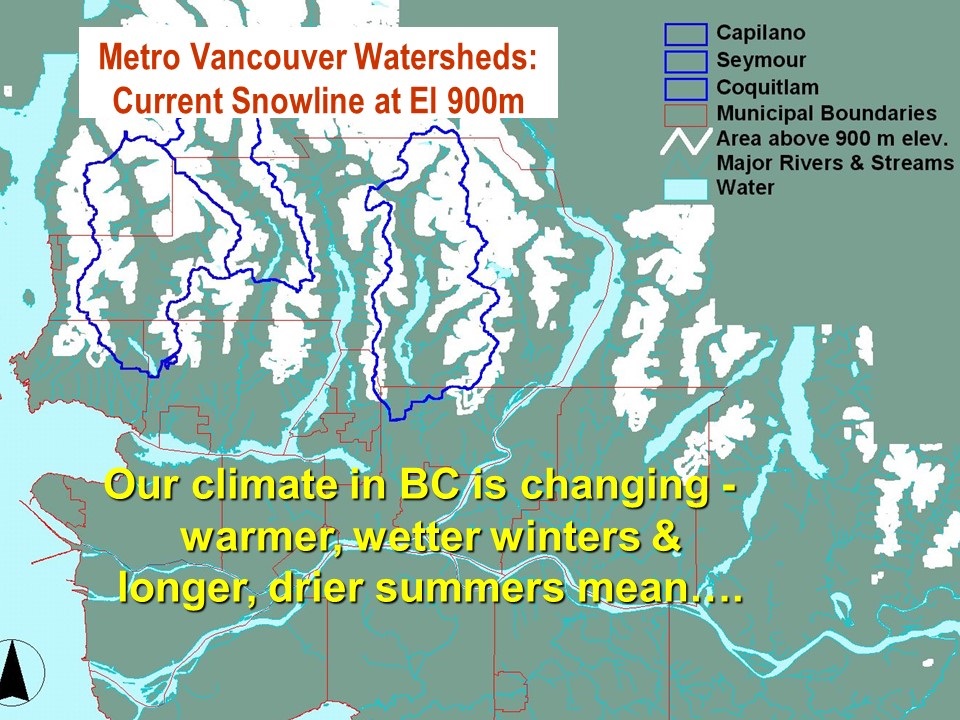 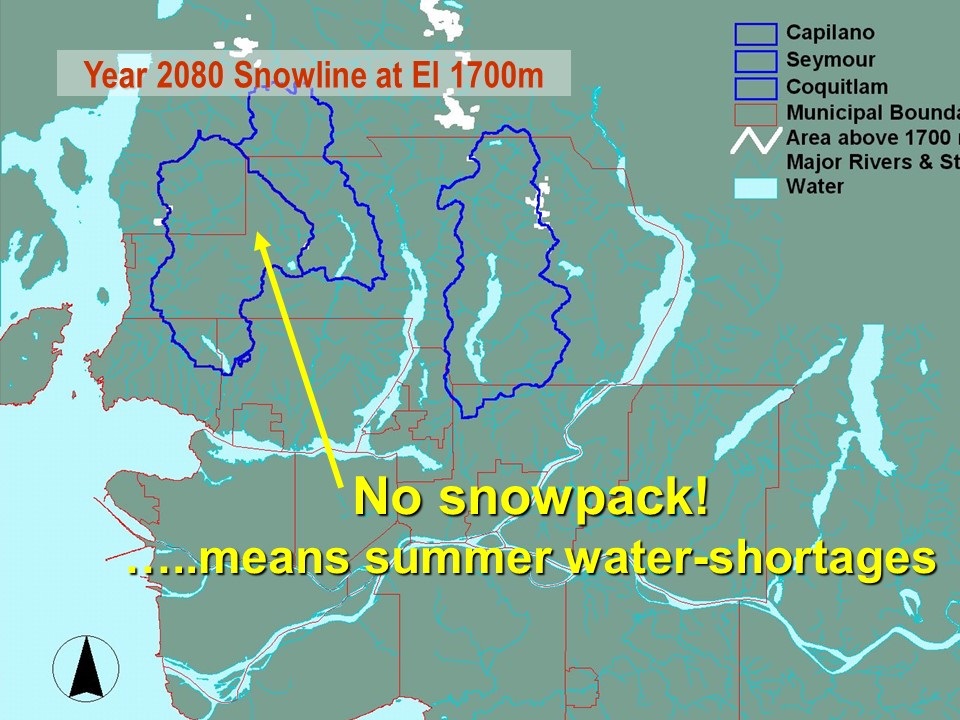