Partnership for Water Sustainability in BC celebrates 5th anniversary of incorporation on November 19, 2015

Reflections by a Water Champion

The reason for creating a legal entity is to ensure the legacy of the tools and initiatives developed under the Action Plan umbrella.

The mission of the Partnership for Water Sustainability is to develop tools and talent, and focus on outcomes that align regional and local actions with a provincial policy, program and regulatory framework for achieving water and watershed sustainability.

“The core strength of the Partnership for Water Sustainability, as the name suggests, has been the development of creative partnerships throughout BC and beyond that has included local and provincial government, the academic sector as well as the business sector, seeking through collaboration, common ground on water sustainability goals and practices,”

states Eric Bonham in reflecting on what the Partnership has accomplished over the past 15 years, and in particular the last 5 years.

Eric Bonham is a founding member of the Partnership Leadership Team. He is a former Director in two provincial ministries – BC Environment & BC Municipal Affairs.

“The Partnership has implemented a twin-strategy that enhances long term water sustainability goals realized through the implementation of practical tools that have been effectively demonstrated in communities throughout BC.”

“Over the last five years water issues have become increasingly prominent within BC and beyond. The Partnership has been at the forefront of this understanding and has, through workshops, partnerships and through the development of educational material, provided practical information, shared with others, to address this concerning trend.”

Response to a Changing Climate

“Climate change demands practical solutions at both the local and national level. The Partnership has established creative partnerships over the last five years with local governments to address this issue and further encouraged the adoption of water sustainability practices at the community level.”

“The Partnership has researched and developed effective sustainability tools, for example the Water Balance Model, and as a result, has encouraged the design of effective, as well as non-invasive settlement patterns in BC communities,” concludes Eric Bonham. 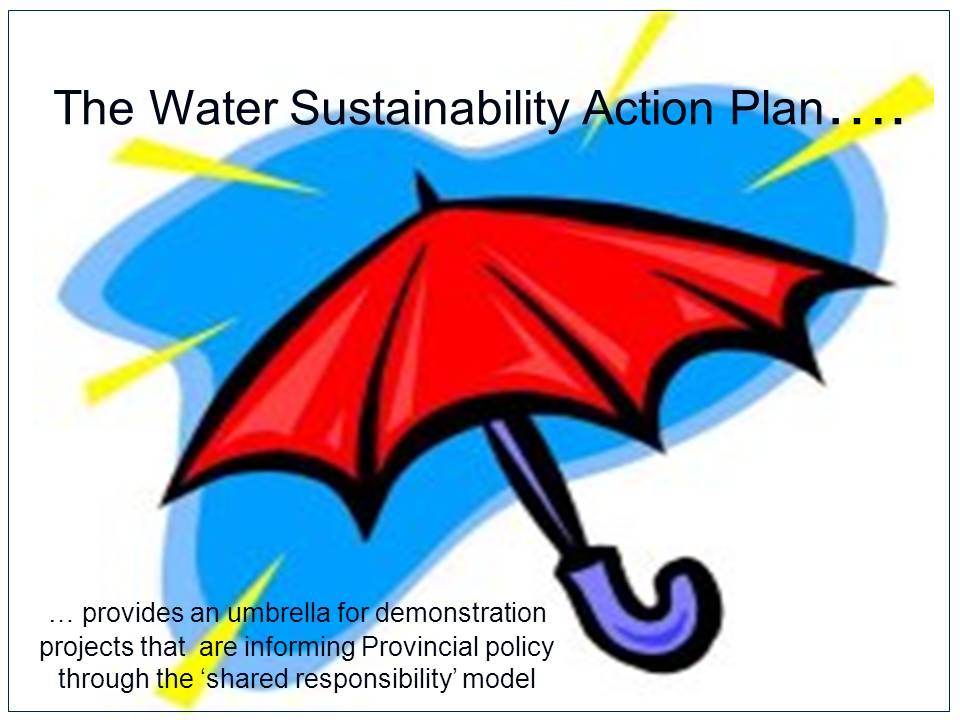