UBCM session on “Tools, Resources & Funding for Local Governments” informed BC elected representatives about the upcoming ‘Feast AND Famine Workshop’ (December 1 in Richmond)

n September 2013, the Union of BC Municipalities (UBCM) held the first half-day session on “Tools, Resources & Funding for Local Governments” at the annual UBCM Convention.   Building on that initial success, UBCM organized a second session at the 2015 Convention. The Partnership for Water Sustainability in BC was invited to participate on both occasions.

The Climate in BC is Changing: Wetter, Warmer Winters; Longer, Drier Summers

“The UBCM event was an opportunity to inform local government elected representatives about the work of the Partnership in collaborating with local governments under the umbrella of the Water Sustainability Action Plan. In particular, we wished to generate interest so that elected representatives would see the value in attending our Feast AND Famine Workshop on December 1st,” states Peter Law, Partnership Director and Membership Chair.

“The weather in 2015 has impacted on how the public views the BC climate and their understanding of how it is changing. There is now growing awareness that the summer dry season has extended on both ends. Also, that BC communities can no longer count on a predictable snowpack and reliable rain to maintain a healthy water balance in their watersheds.”

Redistribution of the Annual Water Balance

“Annual volumes of water entering and exiting regions are not necessarily changing; instead, what is changing is how and when water arrives,” continues Peter Law. “It is for this reason we have used the phrase “feast AND famine!” to brand the workshop that the Partnership is hosting in conjunction with our 2015 AGM in December.”

“According to Bob Sandford, the Partnership’s keynote speaker for the Feast AND Famine Workshop (December 1st), the drought that extended this past winter, spring and summer from Vancouver Island to Manitoba and from Mexico to the Yukon is an indicator that Western 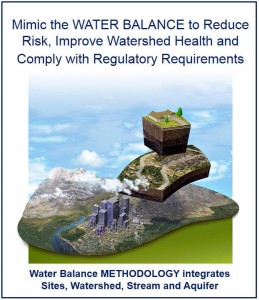 North America may be crossing an invisible threshold into a different hydro-meteorological regime.”

“The workshop is a good news story. It is about solutions and tools that are being developed in BC in response to a changing climate. Through collaboration, the Partnership mission is to support and enable practitioners and decision makers so that they can take action at a local level. The ultimate goal is to redistribute the annual water balance by protecting and/or restoring the three pathways by which rainfall reaches streams.”

The Partnership and IIABC have released a Program Overview that provides a detailed picture of what to expect in each of the four modules that comprise the workshop day. To download a copy, click on Feast AND Famine! – Solutions and Tools in Response to a Changing Climate.

To register for the workshop, go to the IIABC website:
https://www.irrigationbc.com/irrigation/courses/view_scheduled/166 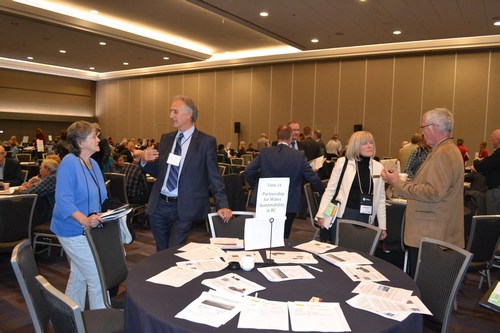