September 26, 2015 - Posted in Events with an Action Plan component, In 2011 thru 2015, Regional Events, Water Sustainability Action Plan for British Columbia

In September 2015, the Union of BC Municipalities (UBCM) held its second bi-annual session on on “Tools, Resources & Funding for Local Governments” at the annual UBCM Convention. The Partnership for Water Sustainability in BC was one of 21 provincial organizations invited to participate and inform local government elected representatives about what they do. Ted van der Gulik, Partnership President, used the opportunity to explain the purpose of the Agricultural Water Demand Model for BC. 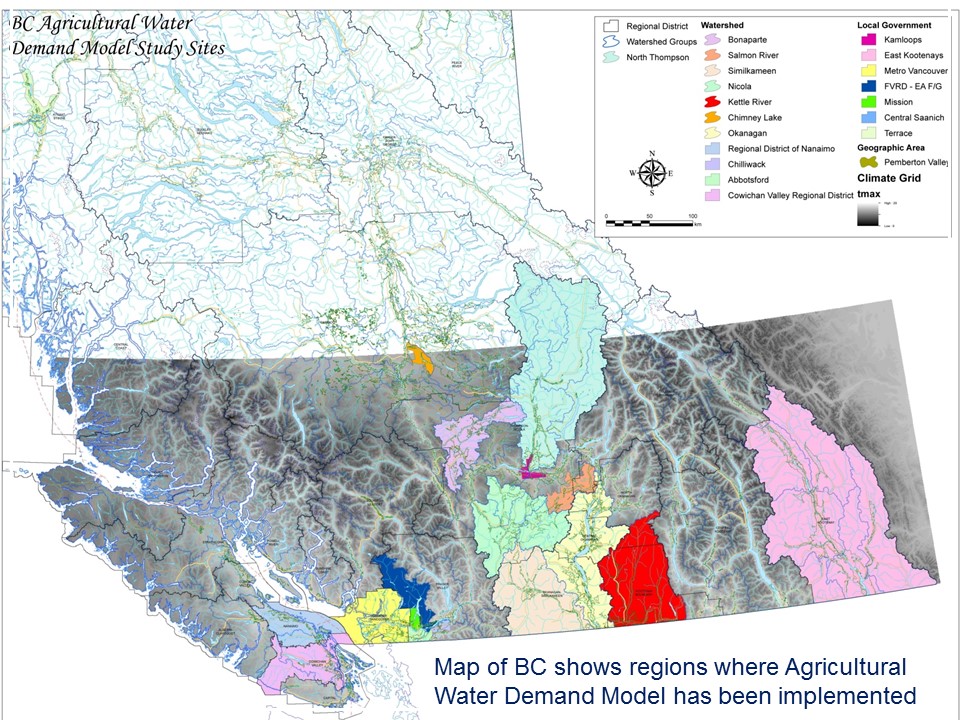 “Originally developed for the Okanagan Basin, the Agricultural Water Demand

Model (AWDM) is currently operational throughout the southern half of BC,” states Ted van der Gulik. Formerly the Senior Engineer with the Ministry of Agriculture, he was and is a driving force behind the AWDM Project. Implementation contracts are being administered through the Partnership for Water Sustainability.

Assessment of a Changing Climate

“Many BC watersheds are either already fully allocated or will be in the next 15 to 20 years. The model provides information on current agricultural water use and will also determine future use under various climate change scenarios,” continues Ted

“It will also be used to fulfil the province’s commitment under the Living Water Smart strategy, to reserve water for agricultural lands. It enables scenario comparisons to assess the implications and impacts of a changing climate, in particular warmer winters and longer summers.” 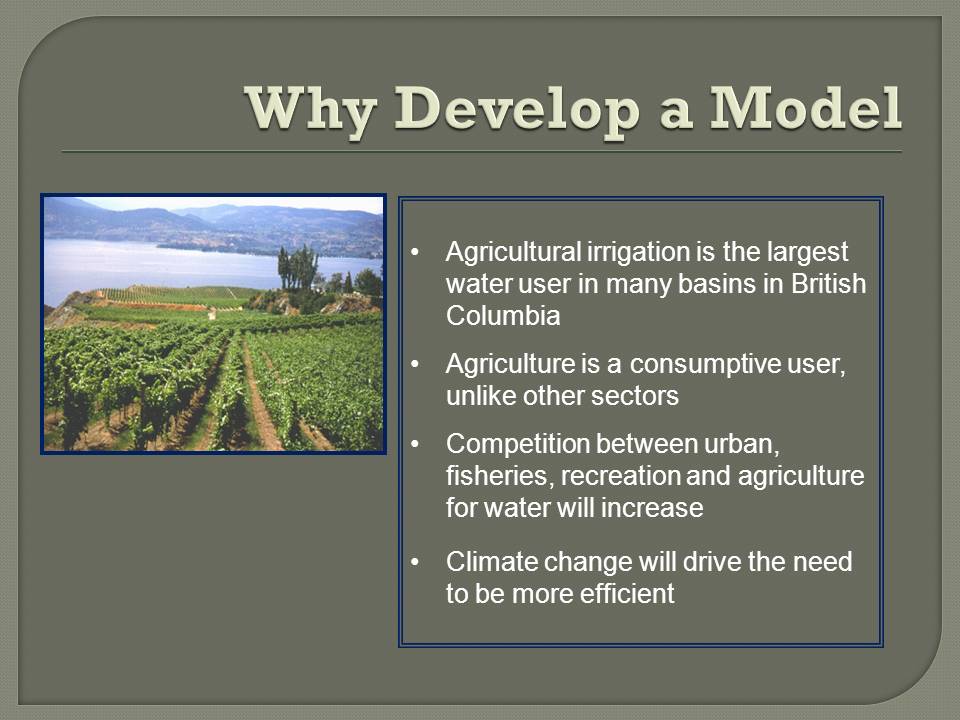 “The model brings science to the table. It is founded on a GIS database that contains information on cropping, irrigation system type, soils type and climatic data. Information is gathered and verified through on-the ground inventory surveys.”

“Properties are added together to determine the water demand within a watershed, groundwater region or local government boundary.  A daily gridded climate dataset has been developed so that demand can be calculated on a daily basis and then summarized by month or annually. The model can produce one year of data in a matter of minutes,” concludes Ted van der Gulik.

To download a copy of the handout that was distributed at UBCM, click on Agricultural Water Demand Model.