The Cowichan Valley Regional District (CVRD) was an early supporter of the CAVI-Convening for Action on Vancouver Island initiative, launched in September 2006 at the Water in the City Conference in Victoria. CVRD support was a lynch-pin in bringing together three regional districts and their member municipalities to jointly host the 2007 Showcasing Green Infrastructure Innovation on Vancouver Island Series.

“Through its leadership role in CAVI, the CVRD has also contributed to the provincial success of the Water Balance Model initiative. In 2008, for example, CVRD hosted both the pilot Vancouver Island Learning Lunch Seminar Series and first Vancouver Island Water Balance Forum,” reports Kim Stephens, Executive Director of the Partnership for Water Sustainability in BC.

The Champion Supporter designation recognizes government and non-government organizations that are playing a leadership role in the implementing the Water Sustainability Action Plan for British Columbia through partnerships.

“In recognition of the CVRD’s numerous contributions since 2007 to the success of the CAVI initiative, the Partnership for Water Sustainability in BC is pleased to recognize the Cowichan Valley Regional District as a Champion Supporter,” stated Kim Stephens, Partnership Executive Director, when he presented Chair Rob Hutchins (Mayor, Town of Ladysmith) and the Board with a framed letter of recognition in June 2013. 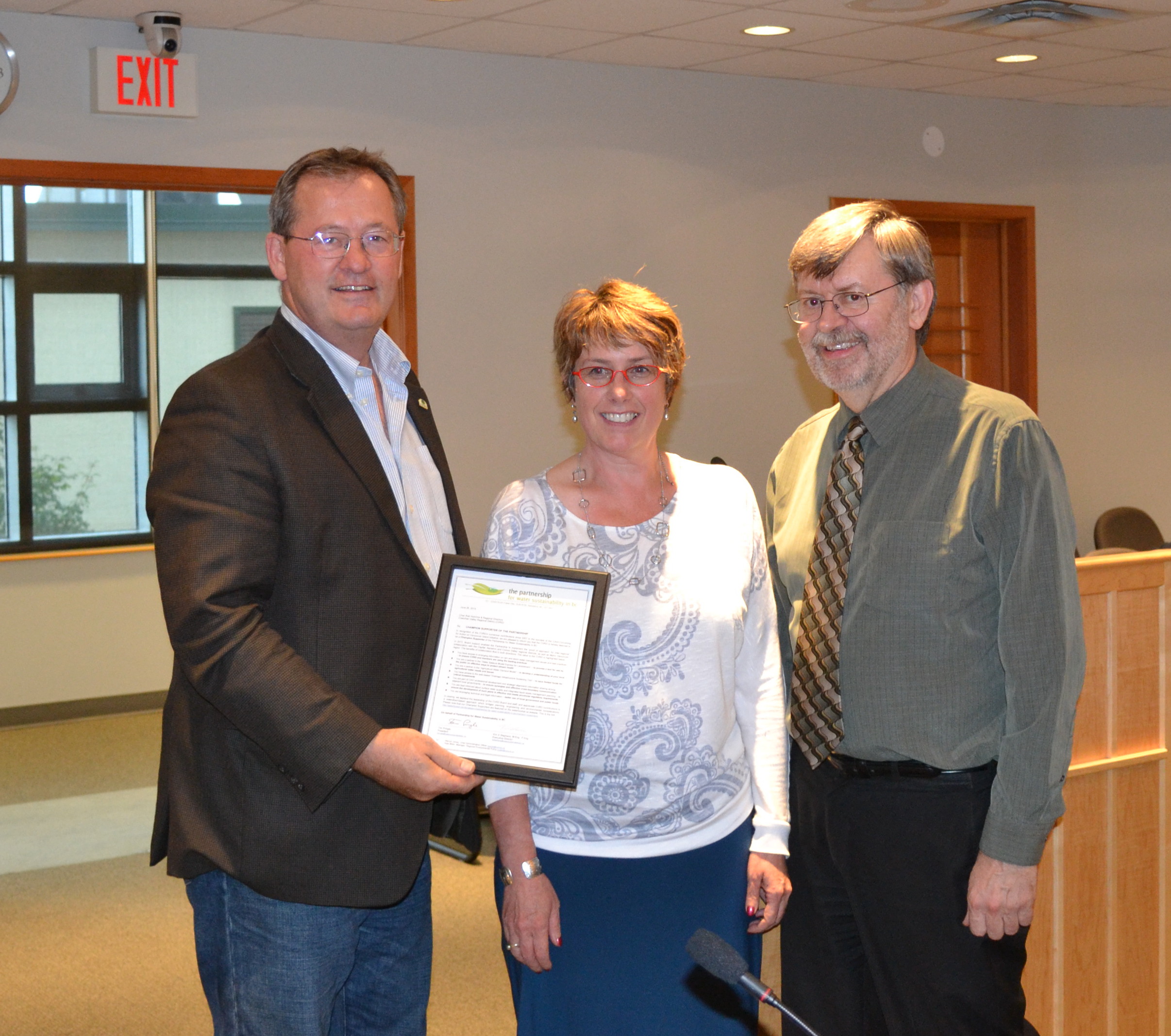