April 13, 2013 - Posted in 2013 Water Stewardship Award for British Columbia, Convening for Action in the Okanagan Basin

In April 2009, the Penticton Forum showcased three regions — Okanagan, Vancouver Island and Metro Vancouver — where communities are ‘convening for action’ and embracing a ‘regional team approach’ to make a difference. Each regional initiative is developing a vision and road map to change the way that land is developed and water is used.

The Forum was held as an adjunct to the Annual Conference of the BC Water & Waste Association, and was hosted by the Okanagan Basin Water Board and three provincial ministries (Environment, Agriculture, and Community Development). The Forum attracted close to 80 participants from communities around the province, including a contingent of Okanagan elected representatives.

Build a Vision, Create a Legacy

“In 2009, our Convening for Action vision in organizing the Penticton Forum was that this flagship event would prove to be a transformational event that

inspires participants to do better. Creating a lasting legacy requires sustained commitment to make things happen. The Penticton Forum was not the be-all and end-all; rather, it was an important milestone in advancing a regional team approach that aligns local actions with provincial goals for the common good,” recalls Kim Stephens, Executive Director of the Partnership for Water Sustainability in British Columbia. He was the Forum Moderator.

The Penticton Forum showcased how partnerships, collaboration, innovation and integration are helping local governments in the three regions — Vancouver Island, Okanagan and Metro Vancouver — make the best choices for living water smart. Communities are ‘convening for action’ and embracing a ‘regional team approach’ to make a difference. Each regional initiative is responding to this challenge:

How do we align our efforts at three scales – provincial, regional and local – to do business differently, prepare communities for change, and choose to be water smart?

“Creating a lasting legacy means bringing together those who plan and regulate (local government), those who build (developers), those who provide the legislative framework (the Province), those who do research (universities and colleges), and those who advocate conservation of resources (the stewardship sector). We describe this as the regional team approach,” emphasizes Kim Stephens.

To read the complete story posted elsewhere on the Convening for Action community-of-interest, click on FLASHBACK TO 2009: Penticton Forum showcased “Smart Planning and Living Water Smart: Approaches and Tools for Doing Business Differently in British Columbia” 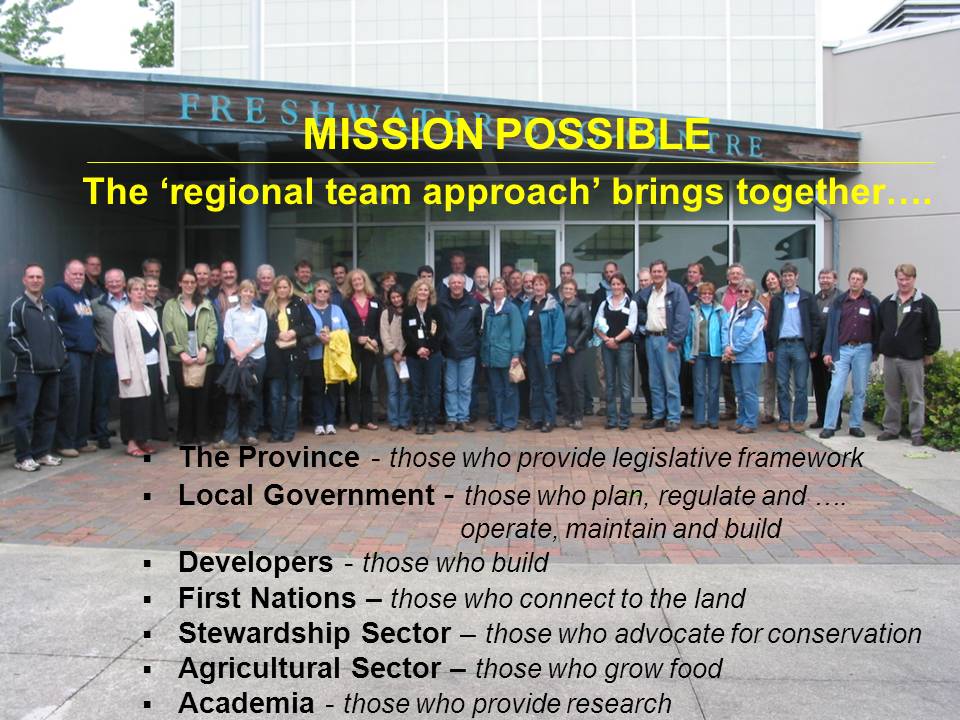