Creating Our Future – The New Business As Usual: “Visualize What We Want Vancouver Island to Look Like in 50 Years” 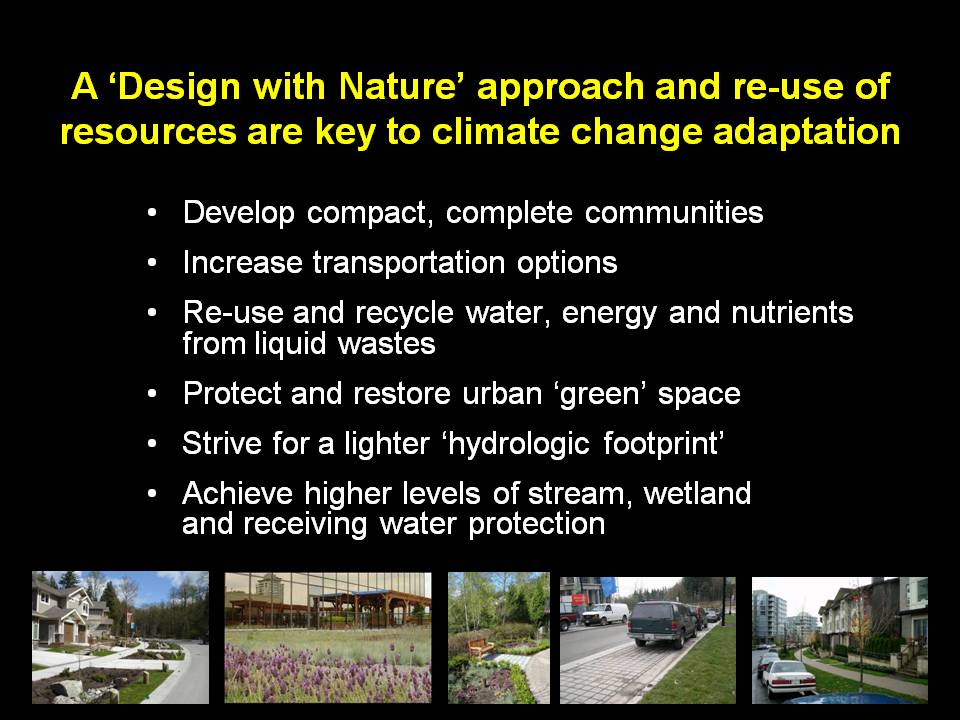 On each occasion, Eric Bonham of the CAVI Leadership Team opened the event by explaining how CAVI got started and provided insight as to why this bottom-up initiative is resonating with local government and beyond. Over the course of his three keynote presentations, the emphasis in Eric’s storyline evolved to suit the changing audiences.

An over-arching message in Eric’s storyline is synthesized as follows: The goal of the Showcasing Innovation Series is to promote networking, inform and educate practitioners, and help local governments move ‘from awareness to action’ in doing business differently — The New Business As Usual — through sharing of approaches, tools, experiences and lessons learned that will ultimately inform a pragmatic strategy for climate change adaptation.

About the 2008 Showcasing Innovation Series: 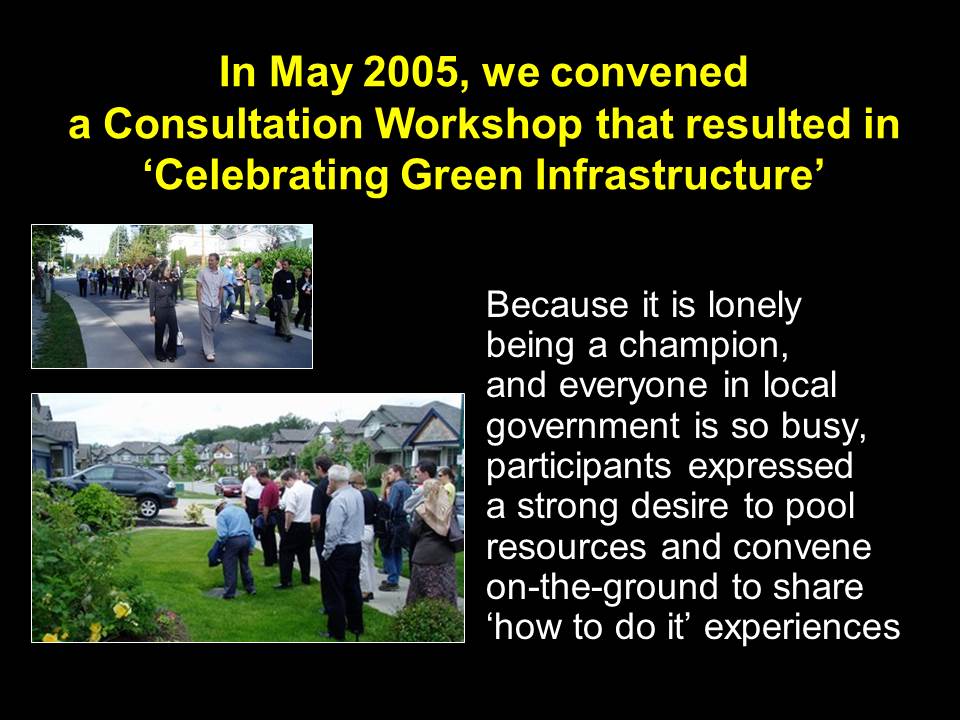 The 2008 Showcasing Innovation Series comprised events hosted by the Town of View Royal, City of Langford, and the University of Victoria. To download any of Eric’s three presentations titled Creating Our Future: The New Business As Usual (Visualize What We Want Vancouver Island to Look Like in 50 Years), click on the links below:

A video clip of each presentation by Eric Bonham is posted on YouTube, These 10-minute videos supplement the PowerPoint presentations and provide context and flavour. Click on the images below to access and view the video clips.

Showcasing Innovation in the Town of View Royal:

In this first of two 10-minute segments, Eric Bonham explains how CAVI started with a conversation and is a bottom-up initiative. “CAVI promotes water-centric planning and a Design with Nature way of thinking and acting,” he said.

In the second of two 10-minute segments, Eric Bonham explains what a Design with Nature approach means, and summarizes the 2007 and 2008 CAVI program deliverables. “The mission is to create a legacy,” he concluded.

Showcasing Innovation in the City of Langford:

In this first of two video clips, Eric Bonham explains what ‘Creating Our Future’ means. “CAVI provides a forum for bringing people and their wisdom together,” he stated. “CAVI is trying to get ahead of the game and face up to the fact of climate change.”

In the second video clip, Eric Bonham and Jody Watson elaborate on the 2008 CAVI program. “The 2008 series is a progression. In 2009, we will be looking at the different ways to redevelop an entire watershed that flows through three municipalities.”

Showcasing Innovation at the University of Victoria:

An 18th century quotation from a headstone provided a philosophical frame of reference for the opening presentation. “In life, have a goal…have a vision…and have a road map to get there,” Eric Bonham told his audience. “A vison with a task is the hope for Vancouver Island.” 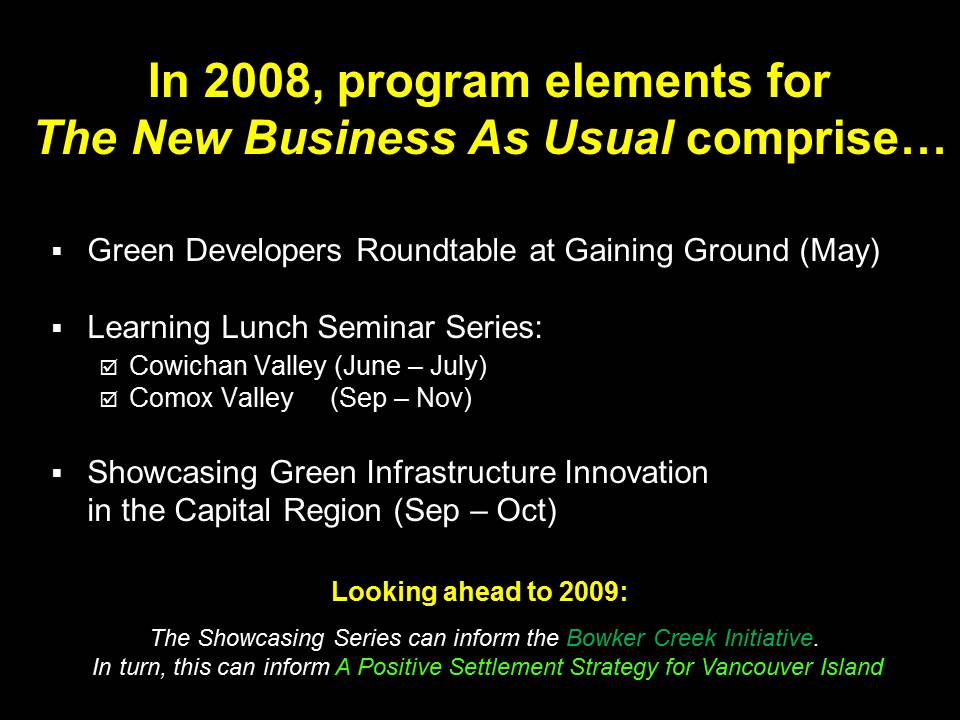