Creating Our Future: Convening for Action in British Columbia

In 2009, Convening for Action in British Columbia comprised three program elements that were designed to advance a ‘regional team approach’ to living water smart and building greener communities:

March 2009: The City of Surrey hosted the Metro Vancouver Water Balance Model Forum. The ‘Surrey Forum’ was designed to start a dialogue between policy-makers and project implementers. To that end, the Forum program was built around the HOW questionas it pertains to green infrastructure: HOW will the City of Surrey get it built right? HOW will a consistent regional approach be achieved in Metro Vancouver?

The desired outcome is to move beyond pilot projects to a watershed objectives approach to achieving performance targets for rainwater management and green infrastructure.The Surrey Forum was jointly organized by the Green Infrastructure Partnership and the Inter-Governmental Water Balance Model Partnership; funded in part by Environment Canada; and undertaken as an outreach opportunity for Living Water Smart and the Green Communities Initiative.

April 2009: The Penticton Forum was held as an adjunct to the Annual Conference of the BC Water & Waste Association. The Penticton Forum showcased how partnerships, collaboration, innovation and integration are helping local governments on Vancouver Island, in Metro Vancouver and in the Okanagan make the best choices.

The Penticton Forum was organized by the BCWWA Water Sustainability Committee in collaboration with the Okanagan Basin Water Board and three provincial ministries (Community Development, Environment, and Agriculture and Lands). The Penticton Forum also showcased web-based provincial tools that have been developed to help communities achieve water sustainability through truly green development.

September – November 2009: The Comox Valley Regional District hosted the second year of the Vancouver Island Learning Lunch Seminar Series. The Series theme, Getting Ahead of the Wave, defined what the participating local governments set out to accomplish. The 2009 Series is viewed as a springboard to help advance integration of current Comox Valley regional initiatives in 2010. These include a Regional Growth Strategy, Regional Sustainability Strategy, Regional Water Strategy and Regional Sewer Plan.

The 2009 Series was a collaboration of four local governments in the Comox Valley, CAVI – Convening for Action on Vancouver Island, the Water Sustainability Action Plan for British Columbia, the Real Estate Foundation of British Columbia, the Green Infrastructure Partnership and two provincial Ministries (Community & Rural Development; and Environment), and the Comox Valley Land Trust.

The following challenge statement provided context and a frame of reference for ‘convening for action’ in three regions (Vancouver Island, Metro Vancouver and the Okanagan):

What is a ‘Regional Team Approach’?

A regional team approach is founded on partnerships and collaboration; and seeks to align actions at three scales – provincial, regional and local. The key word is alignment: this is what we want to collectively achieve, and this is how we will work together to get there.

The essence of the regional team approach is that all the players will set their sights on the common good and challenge the old barriers of jurisdictional interests. 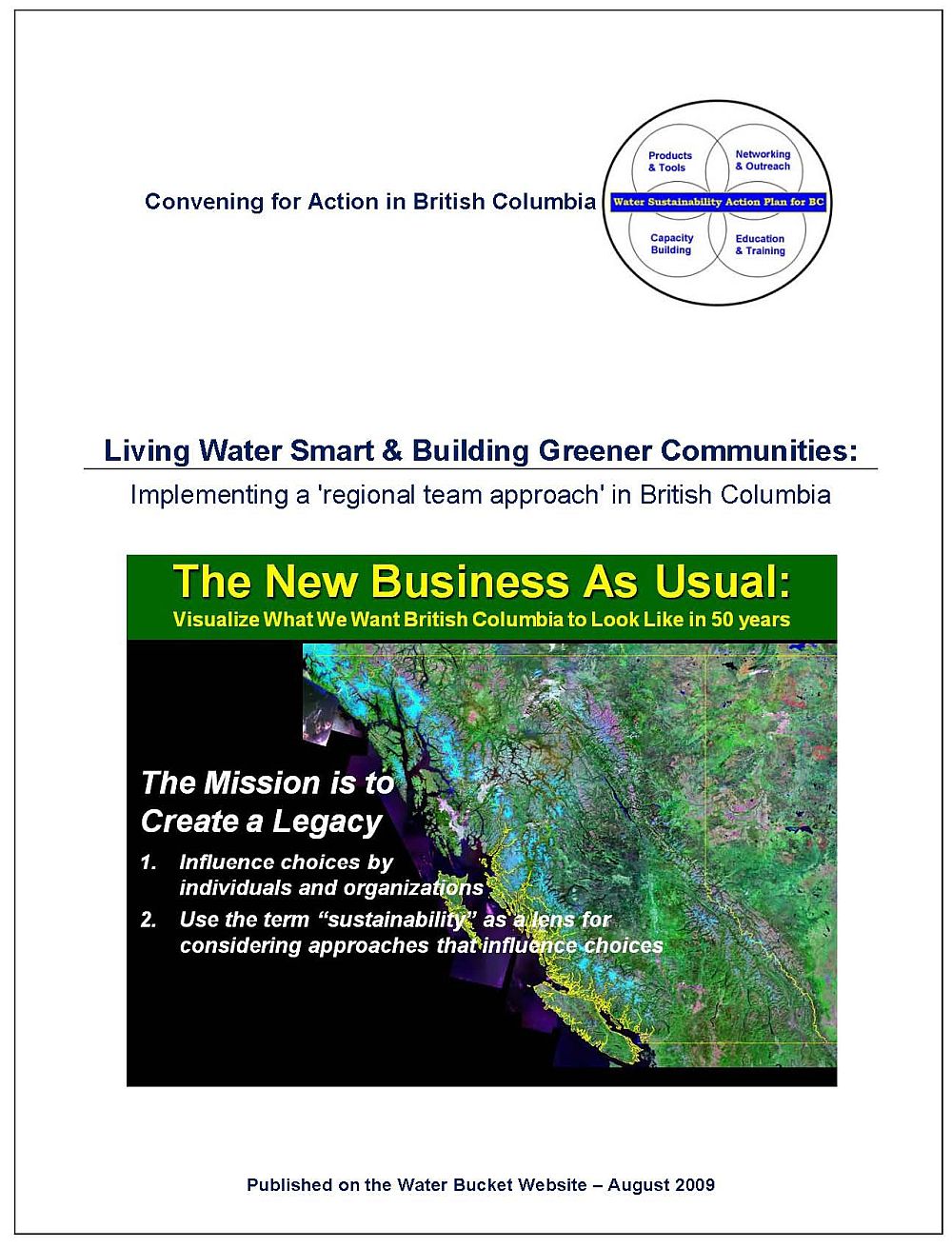