The Green Communities Project encompasses a number of plans and strategies that complement and/or support Living Water Smart, BC’s Water Plan. These two initiatives provide direction as to where the Province of British Columbia wants to go.

“We are using the slogan The New Business As Usual to convey the message that, for change to really occur, practices that until now have been viewed as the exception

must become the norm moving forward. We have to build regulatory models and develop models of practice and expertise to support The New Business As Usual”, stated Dale Wall, Deputy Minister (Community & Rural Development) at the Gaining Ground Summit in May 2008. 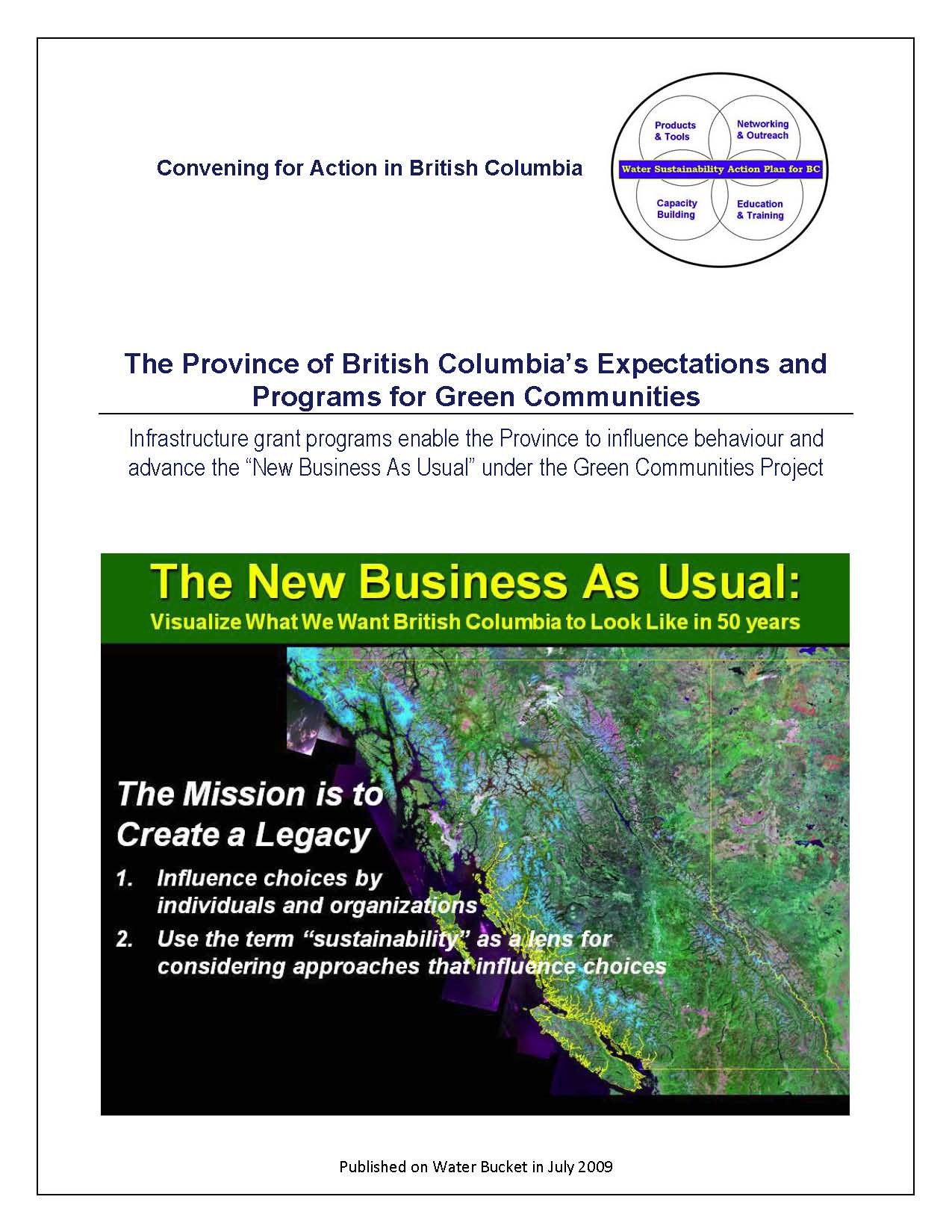