December 18, 2003 - Posted in 2003 Focus Group Workshop on the "State of Water Conservation in BC", Uncategorised 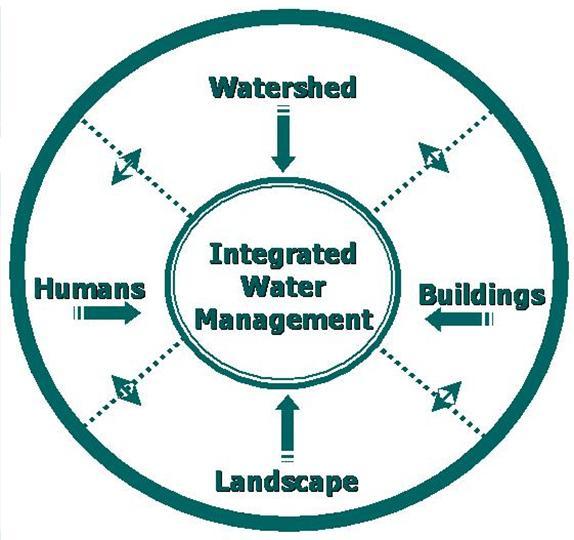 Integrated water management involves consideration of land, water, air and living organisms – including humans – as well as the interactions among them. Through partnerships, the vision is that the Water Sustainability Action Plan for British Columbia will: 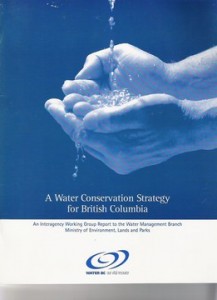 The Water Sustainability Action Plan is building on the foundation provided by A Water Conservation Strategy for British Columbia, also developed and implemented by the Province in partnership with BCWWA during the period 1997 through 2001.

Released in 2008, the Strategy offered a general framework and menu of water use efficiency tools from which to begin assessing water supply and demand management needs. The Strategy encouraged the selection and implementation of these tools to customize a water supply management plan to local areas and circumstances.

It has been five years since release of the Strategy. Also, the summer of 2003 will long be remembered for the impact of the drought and forest  fires on the capabilities of watersheds to provide for existing and projected population growth. These considerations add to the timeliness of an Action Plan. Ideas that were seeded in the Strategy are now sprouting,” comments Kim Stephens, Program Coordinator for the Water Sustainability Committee. 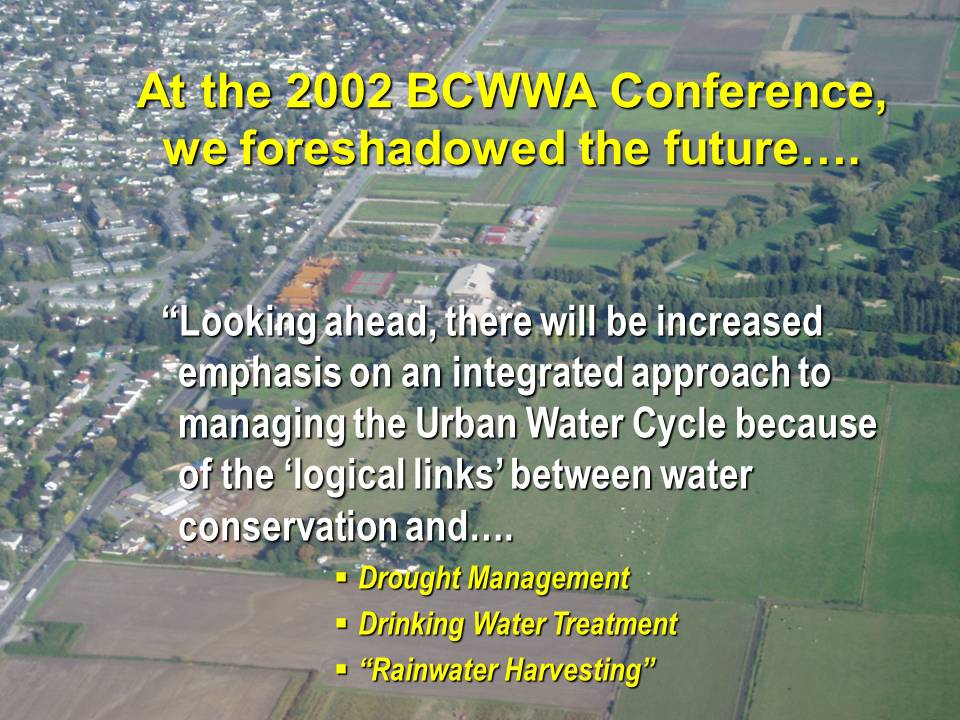 In November 2003, the Province and Water Sustainability Committee co-organized a focus group workshop that was held in the Okanagan. Kim Stephens delivered a keynote presentation that provided the philosophical context and thus informed a breakout session titled Develop Strategies to Maximize Effectiveness of Water Sustainability Action Plan.

“The approach in developing the Action Plan is grounded. We are bringing together successful initiatives that can inform provincial policy through the shared responsibility model. Our vision is that the products resulting from the Action Plan will represent a continuum…with policy at one end, and pragmatic applications / tools at the other end,” explained Kim Stephens.

To download a copy of the presentation by Kim Stephens, click on Charting a New Course – A Vision for Integrated Water Management in British Columbia 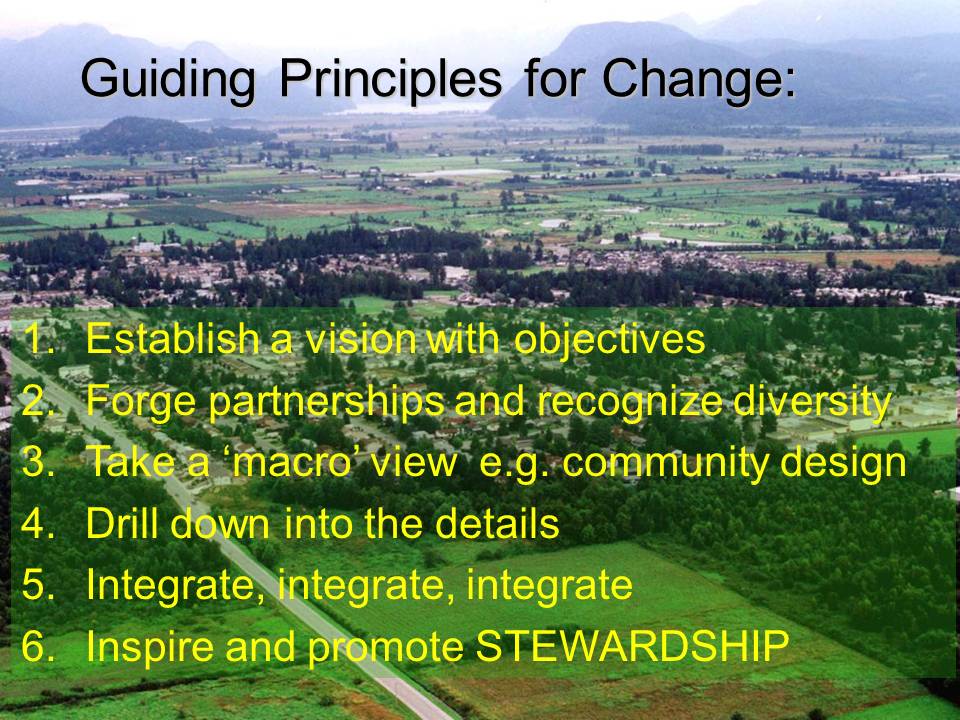