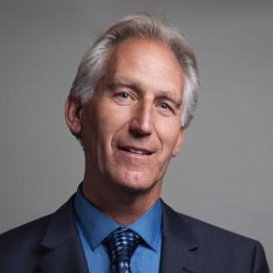 After retiring as the Senior Engineer with the Ministry of Agriculture, Ted has fully engaged with both the Partnership and Irrigation Industry Association (as chair of the Certification Board). He continues to undertake tasks that support the work of the Province to advance development of both the Agriculture Water Demand Model and the Agriculture Water Licensing Calculator.

While with the Ministry, Ted managed and provided direction to a team of professional Engineers and Agrologists. Team members were specialists in farm structures, waste management, mechanization, environmental management, irrigation and drainage.

Breadth and Reach of the Partnership

The PWSBC has received funding from the Ministry of Agriculture to upgrade the Agriculture Water Licencing Tool. Originally developed in 2016 the tool has been very successful and the Province has requested that some upgrades be added. Upgrades include the ability to report monthly water use and a drawing tool that will allow the reports generated to be used as a farm plan with the water application.

The PWSBC launched this new tool using the platform that was built for the agriculture calculator. The city of Kelowna, RBC Blue Water Program and the Irrigation Industry Association of BC are funding partners in this project.  Nearing completion, it is expected to be launched early in 2020.

The Partnership finished a five year agreement with the Ministry of Agriculture to deliver the Agriculture Water Demand Model program in March of 2018. In May of 2018 another five year agreement was established in an effort to make the AWDM operational for the entire province.  The new agreement will allow for additional work on digitizing soils data, update climate data to 2018 and develop an online version of the AWDM.

As always the PWSBC success is accomplished by partnering with the provincial government, local governments, non-profit societies and practitioners. Our successes are only possible with their support and efforts.