On September 20, 2018, and at a meeting of the Metro Vancouver Utilities Committee, Kim Stephens of the Partnership for Water Sustainability in BC presented Mayor Darrell Mussatto with a framed “letter of recognition” as a Champion Supporter.

The Champion Supporter designation allows the Partnership to formally recognize individuals and/or organizations that provide substantial financial and/or in-kind support that in turn enables the Partnership to develop tools and deliver programs under the umbrella of the Water Sustainability Action Plan for BC.

One of Metro Vancouver’s longest serving mayors, Darrell Mussatto served four terms in that position from 2005 through 2018. During his tenure, the city won several honours for its planning and environmental policies. This included the Climate and Energy Award from the Community Energy Association for encouraging sustainable travel to and from schools. In October 2018, Mayor Mussatto retired from public life.

“On behalf of the Directors, and as you wind down your career in elected office, we take this opportunity to formally recognize you as a Champion Supporter of the Partnership for Water Sustainability in BC. We appreciate that your long-term support has contributed to the effectiveness of the Partnership as the hub for a ‘convening for action’ network in the local government setting,” stated Kim Stephens, Partnership Executive Director, when he presented the framed Champion Supporter letter of recognition to Mayor Darrell Mussatto, Chair of the Metro Vancouver Utilities Committee (2012-2018)

“As you know well, Mayor Mussatto, inter-governmental collaboration and funding enable the Partnership to develop approaches, tools and resources; as well as provide teaching, training and mentoring. Over the past decade, there have been two pivotal moments when the support of the Utilities Committee has been material and timely, and has meant that the Partnership could carry out its capacity-building mission:

“The IREI is a major undertaking, and your support has been an ingredient in its success. You provided the Partnership with a platform to report out regularly so that the Utilities Committee would be informed. This process raised the profile of the IREI program, lending credibility to our over-arching educational goal: Build capacity within local government to implement a whole-system, water balance approach.

“Thanks to your support, IREI tools and resources should ultimately help the region and municipalities better deliver on actions specified in the Integrated Liquid Waste & Resource Management Plan. Also, the IREI program provides Metro Vancouver municipalities with a mechanism to collaborate, share outcomes and cross-pollinate experience with local governments on the east coast of Vancouver Island,” concluded Kim Stephens. 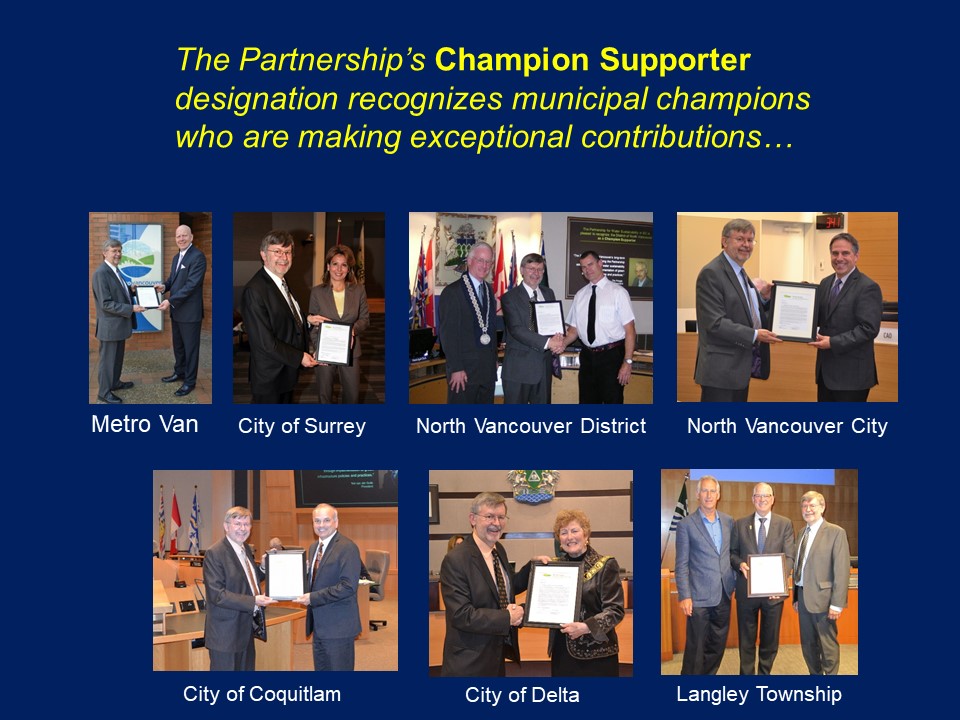