Implications for Storage-Constrained Systems During a Drought

“In other regions, notably California, they think of droughts in terms of number of years. In the Georgia Basin (Southwest BC), we measure droughts in terms of number of months,” says Kim Stephens, Executive Director of the Partnership for Water Sustainability in BC. “As we have increasingly experienced in recent decades, three months versus either four or five months of essentially rain-free weather makes a material difference from a water supply perspective.”

“The reason is that we are storage-constrained in BC. The province is 85% mountainous. There are relatively few locations to provide seasonal storage. We are not able to store what we potentially might need. As a result, we are vulnerable unless we are water-wise.”

And then click on Reflections on the 2015 Drought: “In engineering terms, in BC we have small margins of safety for water storage and therefore limited resiliency to adapt to a changing climate,” says the Partnership for Water Sustainability’s Kim Stephens 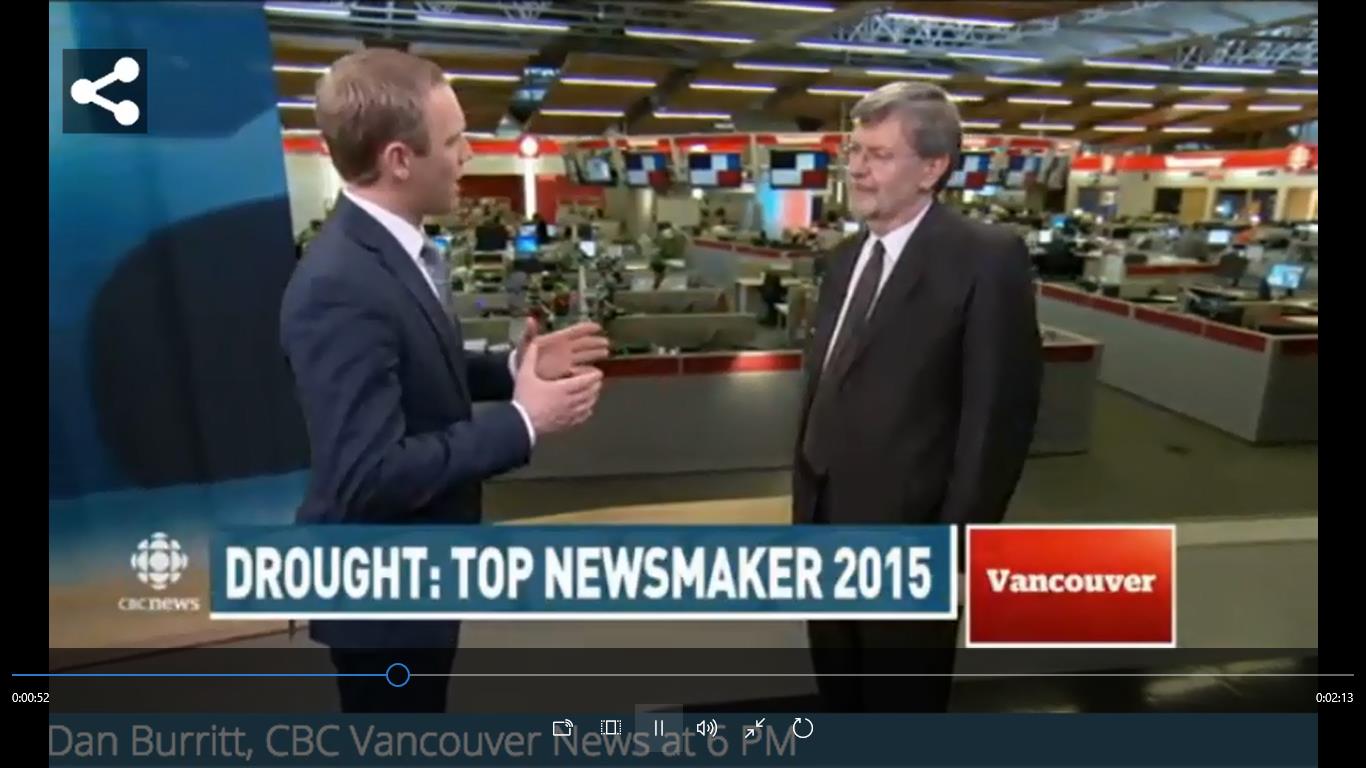