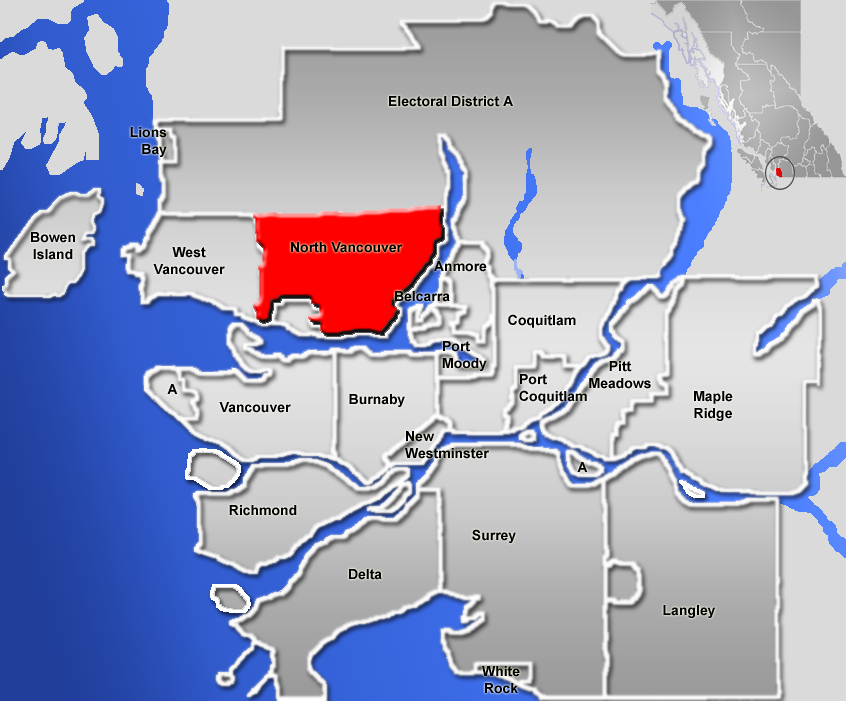 About the District of North Vancouver

Situated across from the City of Vancouver on Burrard Inlet, the District of North Vancouver is bounded by the Capilano River to the west, Indian Arm to the east, and the Coast Mountains to the north. It sprawls in an east-west direction across the mountain slopes, and is characterized by rugged terrain and steep and winding roadways.

While there is no true urban core within the District, there are a number of separate commercial neighbourhood centres. These include (from west to east): Edgemont Village, Upper Lonsdale, Lynn Valley, Main Street, Parkgate, and Deep Cove.

The District has a population of about 85,000. Most of the residents live in single-family dwellings. Except for a few more historical areas, much of the development of the District has occurred since the 1950s.

“The OCP process started the conversation about a vision to restore the rainfall absorptive capacity of the single family residential landscape. This vision is the essence of a Water Balance Restoration Strategy. Now, the Lynn Valley Town Centre redevelopment has created the opportunity to  connect the dots and achieve an integrated outcome at three scales: site, neighbourhood and watershed,” observes Richard Boase, the District’s Environmental Protection Officer.

“For years, the cumulative impacts of a changing landscape on  stream and watershed health have been apparent. We are seeing channel erosion, bank instability and loss of aquatic habitat. These impacts have financial consequences for the District.”

“We have the tools. We have the understanding. It is a matter of applying both to ‘get it right the second time’. Implement a design with nature approach. Install green infrastructure that restores the Water Balance,” concludes Richard Boase.

“The District has launched one of the largest initiatives ever undertaken by the municipality – implementation of the Official Community Plan,” states Mayor Richard Walton. “The OCP will guide planning to minimize the environmental imprint by encouraging the protection and enhancement of our natural systems.”

The Champion Supporter designation recognizes government and non-government organizations that are playing a leadership role in the ‘Convening for Action in British Columbia’ initiative. 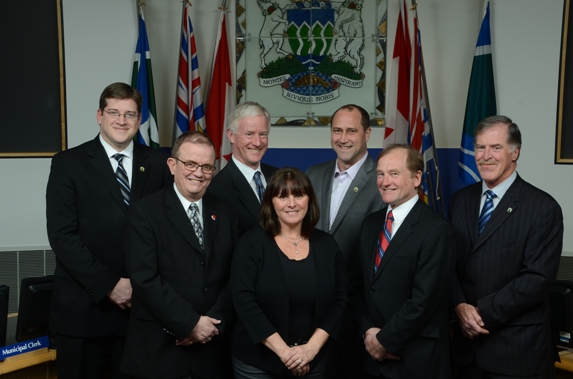 Recognition of the District of North Vancouver

“The Partnership for Water Sustainability in BC is pleased to recognize the District of North Vancouver as a Champion Supporter,” stated Kim Stephens, Partnership Executive Director, when he presented Mayor Richard Walton and Council with a framed letter of recognition. “The District of North Vancouver’s long-term commitment is helping the Partnership advance the vision for achieving watershed sustainability through implementation of green infrastructure policies and practices.”

“It is especially noteworthy that, more than a decade ago, the District was a founding partner in the Water Balance Model initiative. Over the years, the District has hosted meetings, working sessions and forums organized by the Partnership to advance this initiative.”

“More recently, the District’s Watershed Blueprint for Hastings Creek has provided the Partnership with demonstration applications of two web-based tools developed by the Partnership, namely: the Drainage Infrastructure Screening Tool; and the Water Balance Model Express for Landowners. This provincially significant precedent is already informing the Inter-Regional Education Initiative on ‘Rainwater Management in a Watershed Sustainability Context’. The Hastings Creek story is part of the curriculum,” concluded Kim Stephens.

“I can remember being at a presentation some years ago when Richard Boase introduced the Water Balance Model to a group of local government people. At the time it was seen as leading-edge,” stated Councillor Alan Nixon, when he spoke on behalf of Council. “We at the District like to think that, not only do we comply with provincial legislation, in fact usually we precede and quite often we lead provincial legislation – for example, as we did in the 1990s when we enacted our Environmental Protection Plan (that created Richard’s current position).”

“We thank the Partnership for Water Sustainability in BC for recognizing the efforts of many members of our staff. Most of what they do probably flies under the radar of what we encounter at the Council level. We are not always aware of these initiatives; nor are we always aware of the role that Richard Boase and others are playing in these initiatives. Thank you for bringing their innovation and leadership to our attention.”

“Councillor Nixon has articulated this well on behalf of Council,” concluded Mayor Walton. “We do take great pride in the direct line stewardship that Richard and others demonstrate in the capacity of their jobs. There are a number of our staff who go above and beyond in terms of bringing stewardship approach to what they do in planning and engineering. Their commitment does reflect our community culture. We are very pleased on behalf of staff and the community when a group such as the Partnership comes before Council to acknowledge the work of staff. What they do is part of a broad community effort that we take great pride in.”

Presentation of the “letter of recognition” to North Vancouver District Council provided the opportunity to celebrate the accomplishments of District staff, in particular Richard Boase who has been a champion for innovation and environmental leadership. To download a PDF copy of the PowerPoint presentation by Kim Stephens, click on Rainwater Management in a Watershed Sustainability Context: The District of North Vancouver is a leader by example.

To download a copy of the “Story of Hastings Creek”, click on A Watershed Blueprint for Hastings Creek: Creating the Future in the District of North Vancouver.