“I have consulted with those of the group who are still actively engaged in environmental engineering in the Lower Mainland and we have unanimously agreed that the newly incorporated Partnership for Water Sustainability in British Columbia is an appropriate recipient of this money. Over the last year we have looked at various causes and destinations to which the money could be directed. We appreciate your active support of the group’s objectives in the early nineties. We also acknowledge that you together with your colleagues developed the planning framework for integrated stormwater management in the province,” wrote Tom Field, ex-Chair.

“We understand that this is the money left over from the proceeds of a very successful two-day seminar that CSCE organized in the 1990s on Best Management Practices for Stormwater Management. As it turned out your efforts at that time were prescient in that stormwater management became one of the significant environmental issues demanding the attention of those of involved in managing the impacts of our projects on the environment,” replied Tim Pringle, Partnership Founding President. 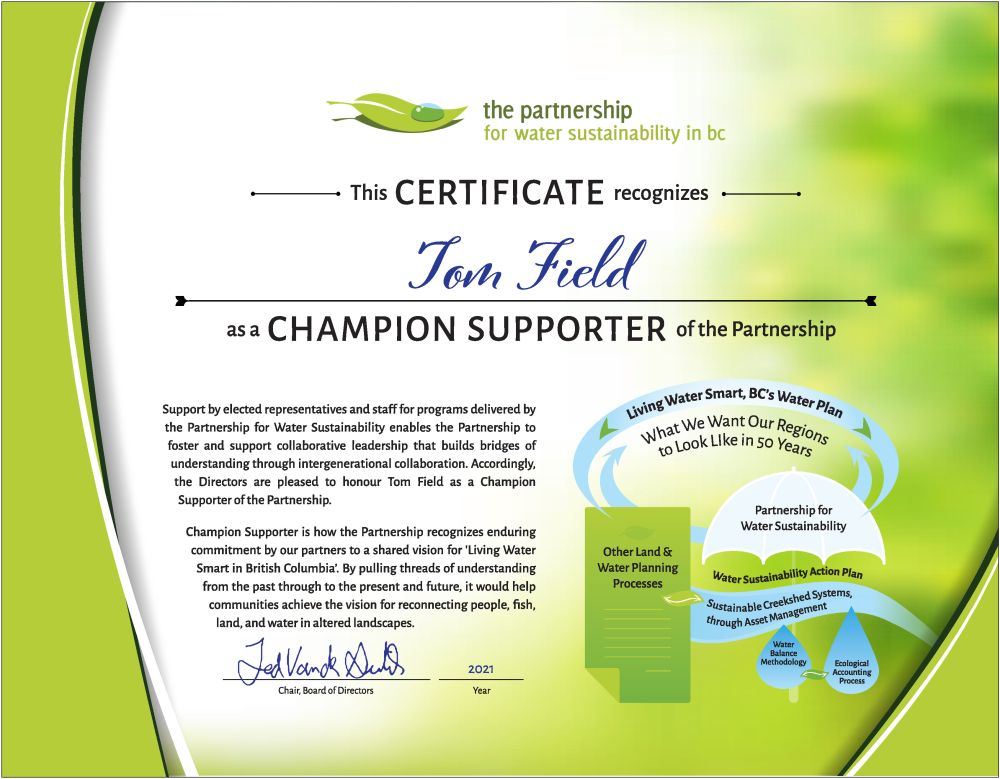 Download a copy of the letter from Tom Field. 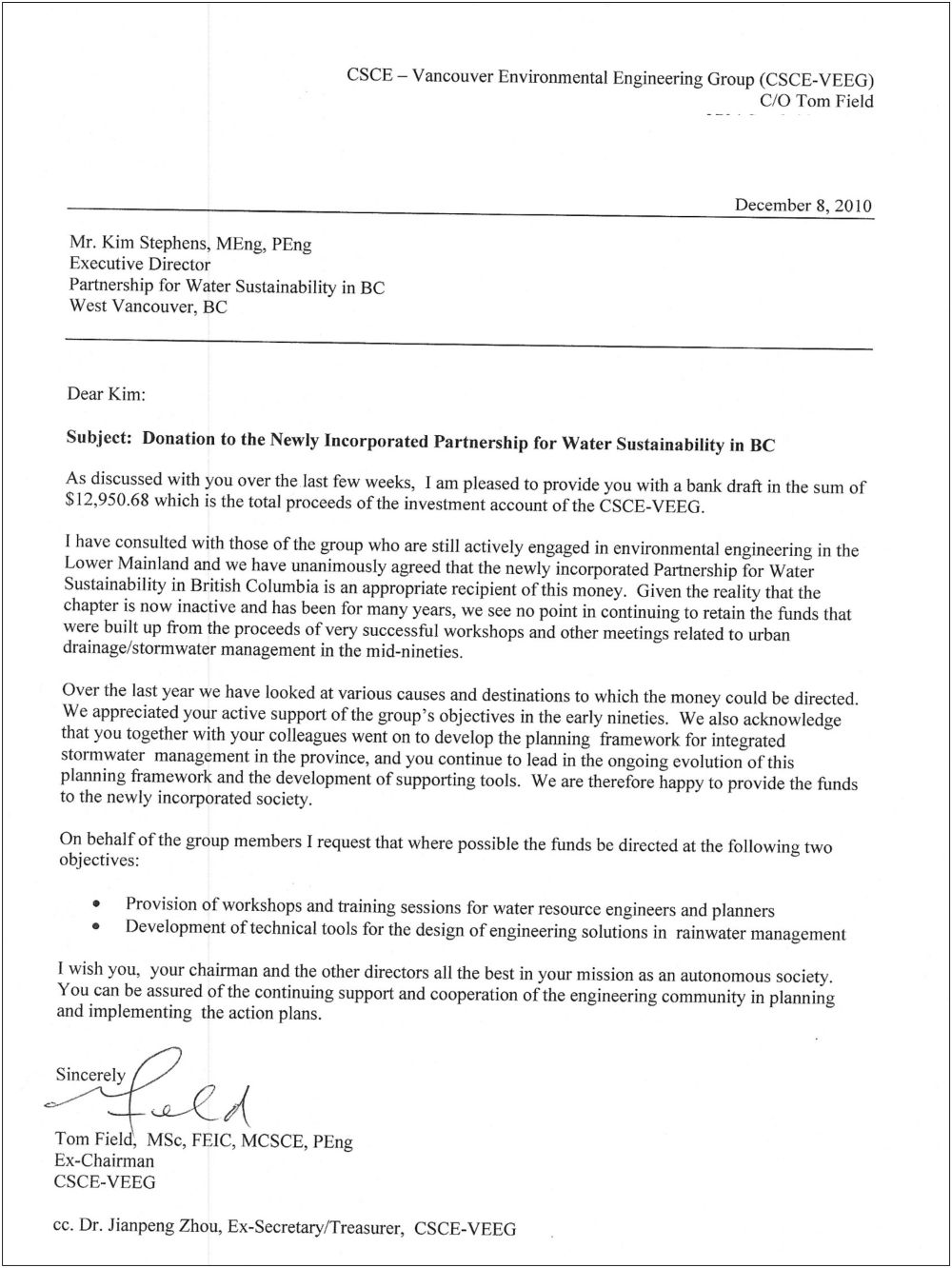